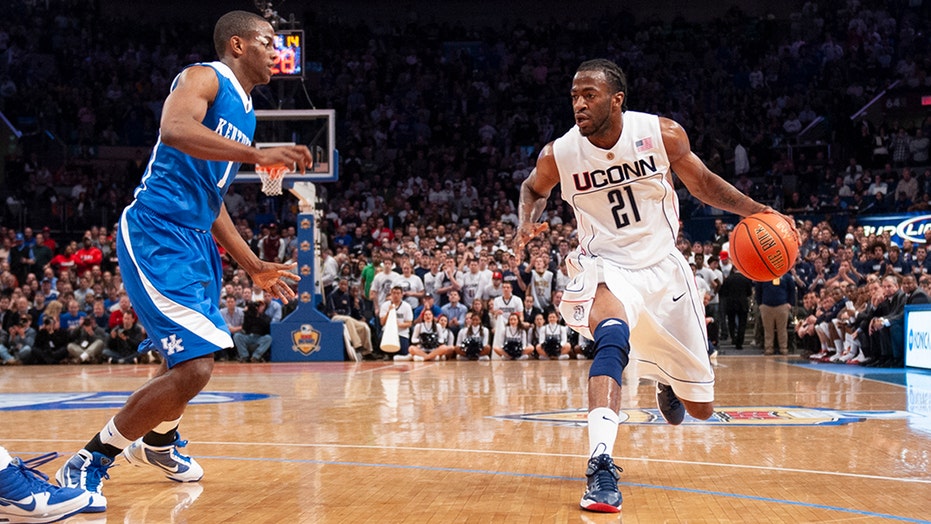 Former University of Connecticut basketball star Stanley Robinson was found dead in his home on Tuesday. He was 32.

Robinson’s body was found by his mother inside his Birmingham, Alabama home, his recruiting coach at the university Jim Calhoun confirmed to the Hartford Courant on Wednesday.

YANKEES’ AARON JUDGE KNEELING DURING THE NATIONAL ANTHEM: ‘THAT’S THE BEAUTY OF AMERICA’

“He was just a really, really sweet kid,” Calhoun told the paper. “The world was harsh for him, because they weren’t all like Stanley Robinson. He was such a caring, giving person.”

The university also sent out a tweet to confirm the passing of the former Husky who went by the nickname “Sticks.”

“The UConn Basketball family grieves the loss of a great player and an even greater person, Stanley “Sticks” Robinson,” the tweet read. “Our thoughts and prayers are with Stanley’s family at this difficult time.”

Robinson, at 6 feet 9 inches tall, was a sensation at UConn where he played from 2006 until 2010. After helping the Huskies reach the Final Four in 2009, he was drafted in the second round of the 2010 NBA draft by the Orlando Magic.

While he never played an NBA game, Robinson spent a season in the NBA G-League and recently played for a Chilean club.

Calhoun told the Courant that he last spoke to Robinson a day before his body was found. He hinted that the young athlete often faced adversity.

CLICK HERE TO GET MORE SPORTS COVERAGE ON FOXNEWS.COM

“I spoke with him on Monday,” he said, “I don’t think there’s been a three or four week period where I haven’t talked to him since he left UConn … Despite all the tough breaks, he always had a smile on his face.”

Robinson’s cause of death was not immediately known.