Home » Lifestyle » For one of their final shows, Midnight Oil turn to a classic album from a ‘desperate’ time

Counting down the final shows of their final tour has been a rollercoaster of emotions for Midnight Oil drummer Rob Hirst.

“Spirits in the camp have been very high,” Hirst says at the close of the tour’s New Zealand shows, before the band returned home for their swan song. 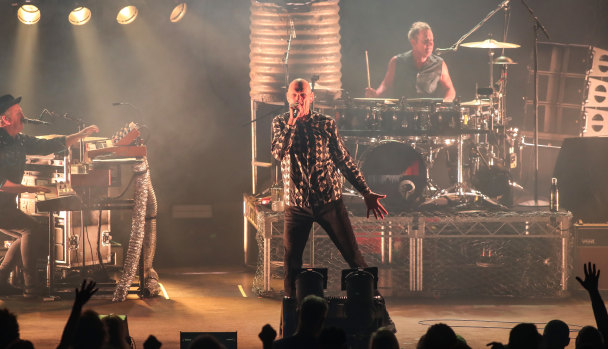 “We’ve really tried to make every show as strong as people’s memories of any shows in the past,” Hirst, 67, says. “Everyone is going through mixed emotions. We want each show to be better than the last. It’s the way we’ve always operated.”

The band’s Resist tour takes its name from their latest album and includes some of their biggest hits spanning more than four decades, along with songs from the chart-topping new album.

It’s a very musical journey 10 to 1 … there were a lot of firsts on that album.

Released a year after their third album, 10 to 1 (as it’s widely known) broke the mould of what critics, fans and the band itself had grown to expect from Midnight Oil.

“Each of us in the band will have different recollections of that time,” Hirst tells The Age and The Sydney Morning Herald.

“The main thing was this sense of ‘we’ve really got to construct an album that breaks all the preconceptions about this band’ and turn the whole idea of what the band can do on its head.

“We were fortunate to meet a very young Nick Launay [the album’s producer] at the time and find a studio like the Townhouse [in Shepherd’s Bush, London], which was such a cracking studio … that’s what we wanted for that set of songs.

“It’s a very musical journey 10 to 1, it goes from this kind of wild, disjointed stuff, like Scream in Blue, to more melodic stuff and our first use of drum machines. There are strong harmonies, we used brass for the first time … there were a lot of firsts on that album.” 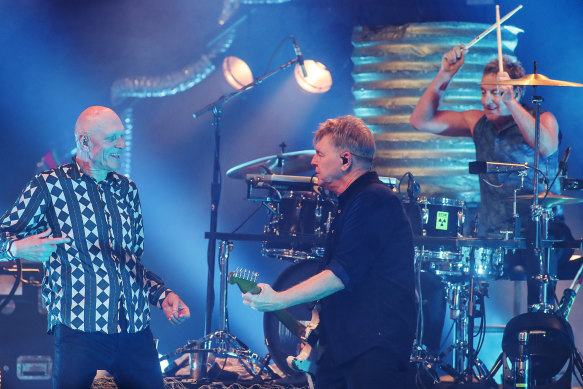 Four years after their self-titled debut album was released, 10 to 1 fused the Oils’ renowned live energy with powerful songs and serious subjects, including US Forces, Short Memory and Read about It. It spent 171 weeks in the Australian charts.

“We were in London and there was a lot going on,” Hirst says about the early ’80s. “Maggie Thatcher going to war with the Argentinians, the IRA blowing things up … the idea of a possible nuclear winter, and you can hear it on our album,” Hirst says. 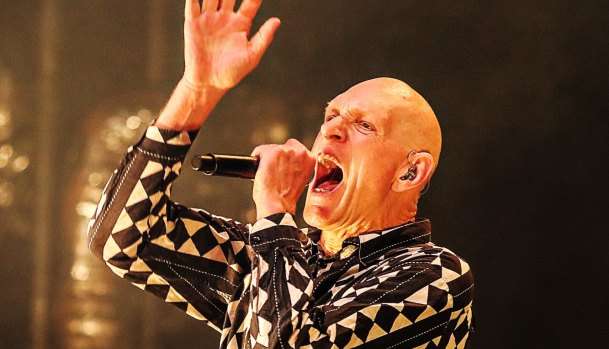 “We started the other night with Read about It, and that’s always been a song that galvanises the band and an audience … a song that defined that period with its subject matter and the twin, chiming guitars of Jim [Moginie] and Martin [Rotsey].

“And the album ends with Somebody’s Trying to Tell Me Something, which was thrown down on the first or second take. You can hear, maybe more than any other track, this desperation if not fear, all coming out on that track.” 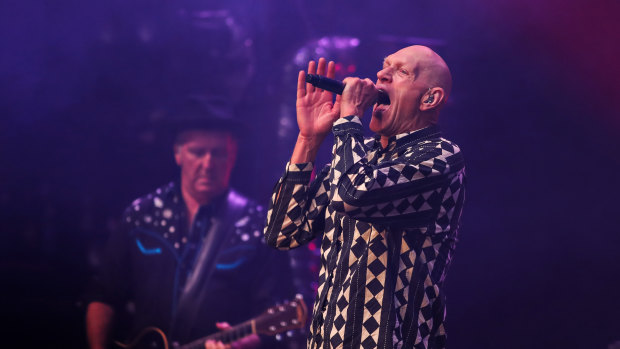 Hirst says it has been hugely rewarding to play new songs from Resist, alongside other Oils hits and some of his own 10 to 1 favourites, including Power and the Passion.

“We were a pretty young, desperate and bloody minded band back then,” he says. “Some things haven’t changed.”

Midnight Oil are at Sydney’s Luna Park Big Top on September 28 and Hordern Pavilion on October 3.

A cultural guide to going out and loving your city. Sign up to our Culture Fix newsletter here.