MIKEL ARTETA has a wealth of options available to him if he wants to keep his opponents guessing with his starting XI and formation.

The Gunners impressed in their opening day 3-0 win over Fulham despite having the likes of Bukayo Saka, Dani Ceballos and Nicolas Pepe all starting on the bench. 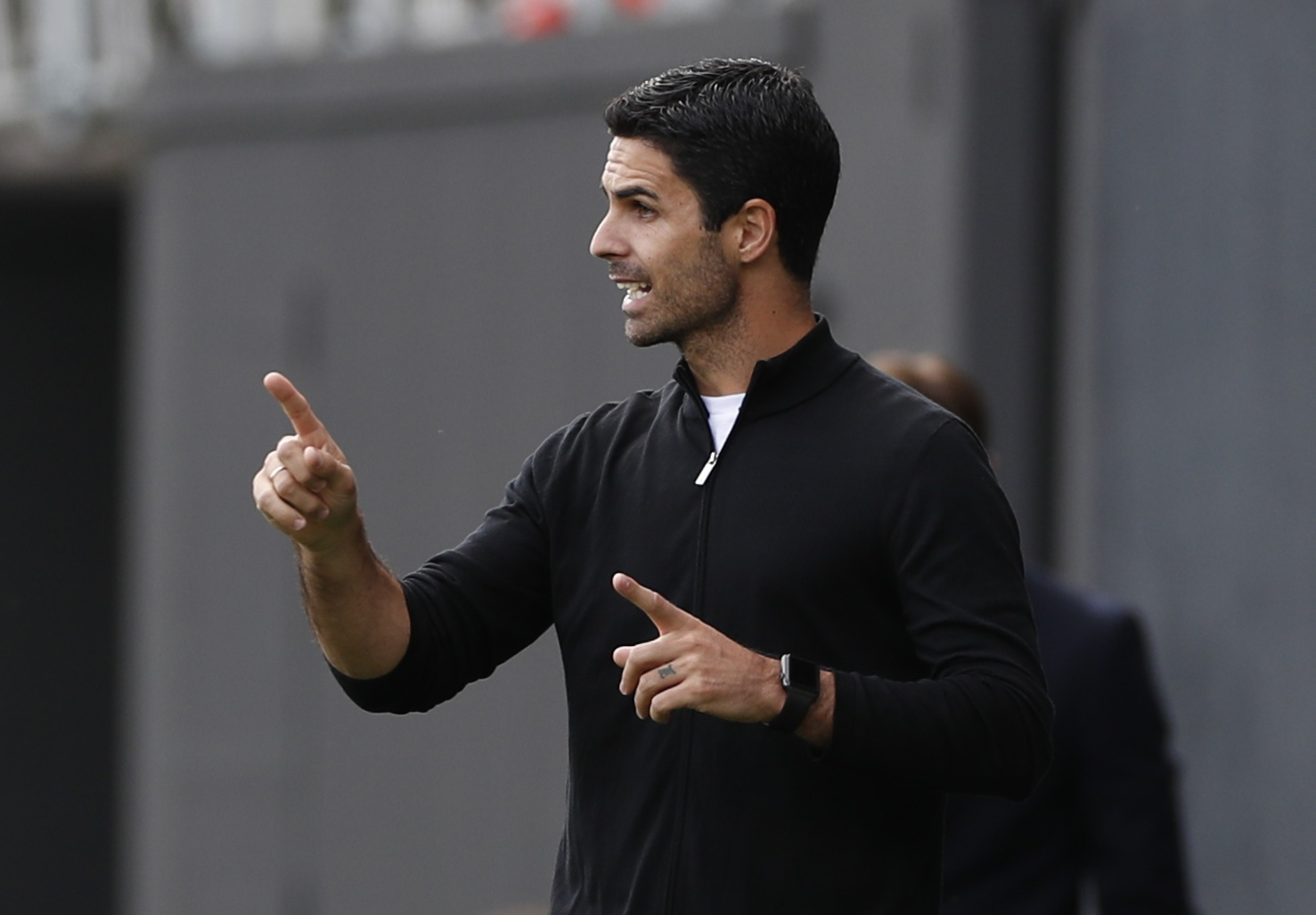 And the Spaniard is still expected to further bolster his ranks with the expected arrival of Thomas Partey from Atletico Madrid.

The £27million summer signing of Gabriel Magalhaes has also provided Arteta greater options in defence if he favours a back three or four.

With Pierre-Emerick Aubameyang set to stay at Arsenal and the arrival of Willian, he boasts a strike force capable of troubling any defence.

Here's five ways Arteta could shape up for the rest of the campaign. 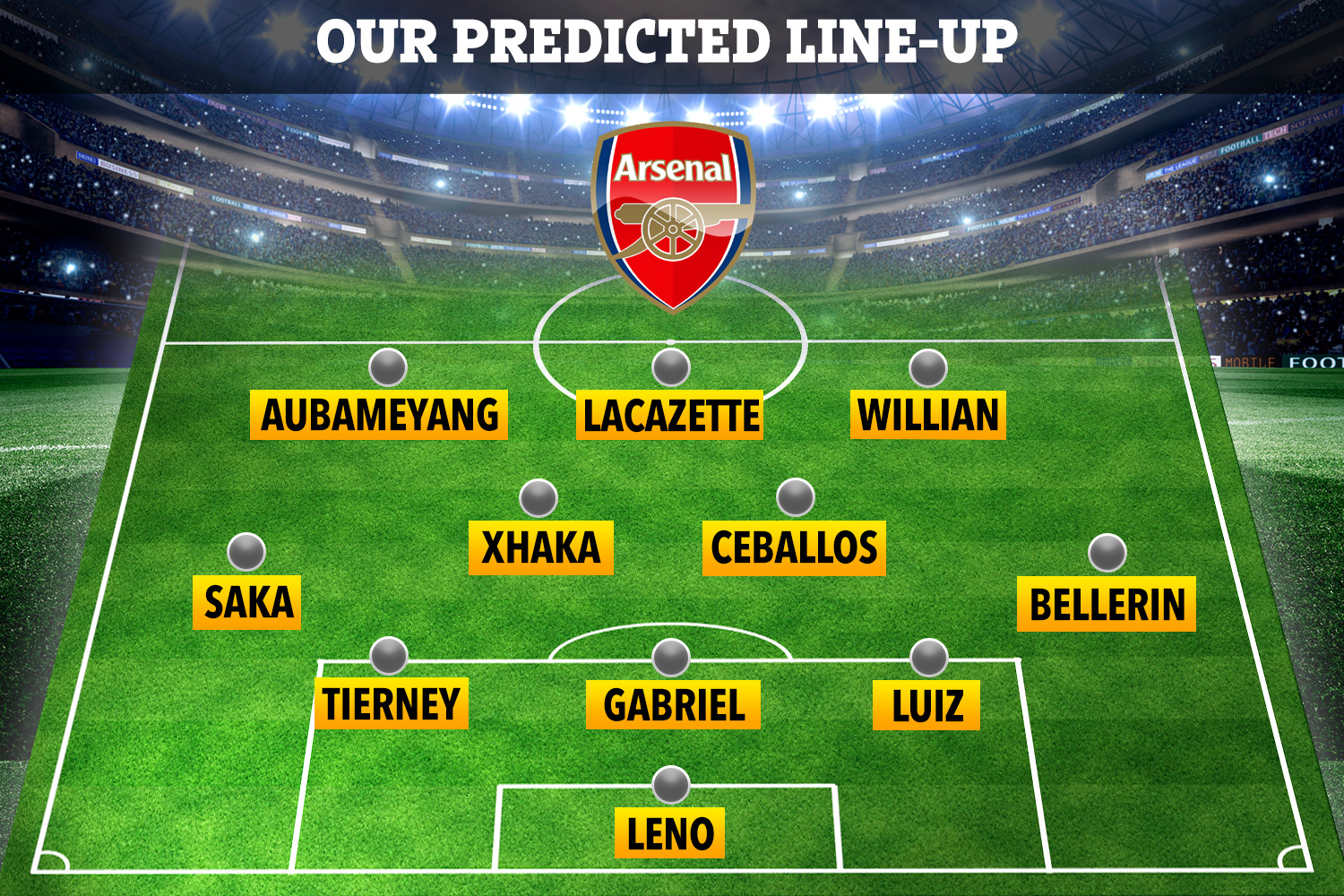 Arteta opted for this formation against Liverpool in the Community Shield and the league opener with Fulham.

His players certainly appear to favour the back three having picked up two convincing wins.

The pace of Hector Bellerin and Saka offers width on the flanks with the license to get forward.

Mohamed Elneny started against the Cottagers but Ceballos is expected to take his role once the Spaniard is match fit.

Granit Xhaka has improved his game, particularly his discipline in midfield while Arsenal's attack of Willian, Aubameyang and Alexandre Lacazette are likely to be his first choice throughout the season. 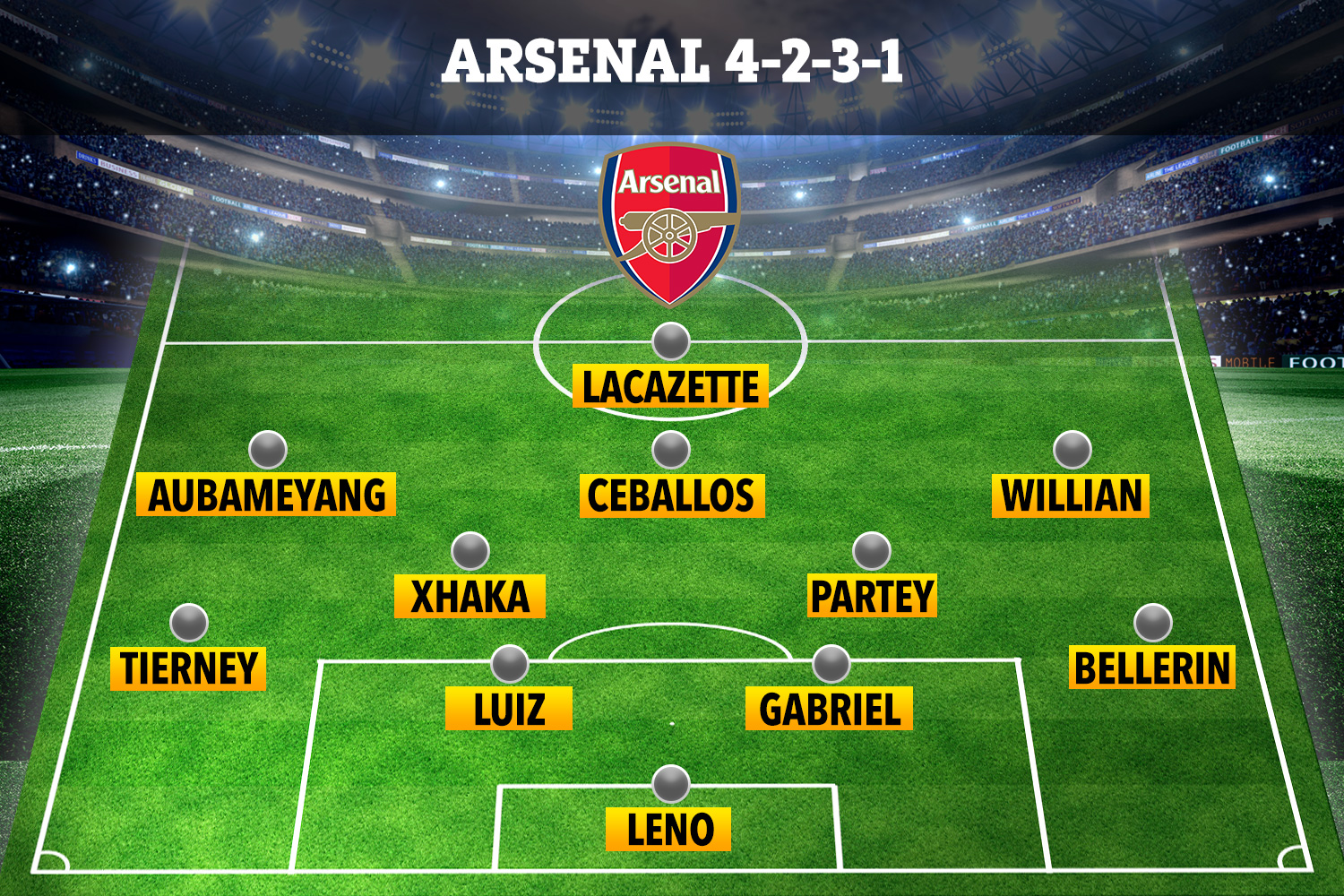 Against teams Arsenal are expected to beat, especially at the Emirates, Arteta could switch to a back four.

Partey's introduction will allow him to protect the two centre-backs leaving Bellerin and Tierney an opportunity to join the attack.

Xhaka can also press up the field and link up closely with Ceballos with Aubameyang taking up his usual position on the left. 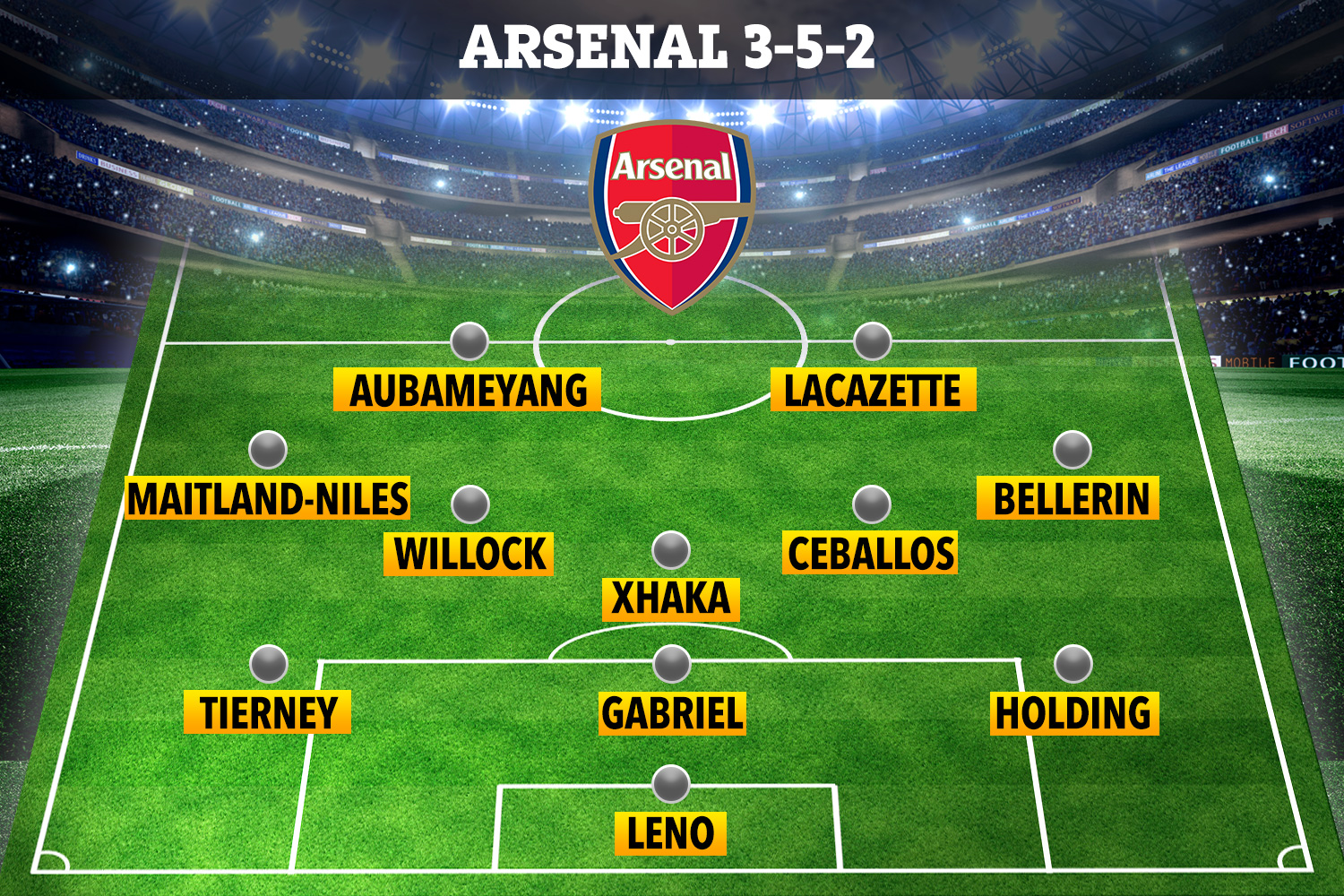 Arsenal can adapt their formation and congest the midfield by playing five across the park.

Aubameyang is more than capable of playing on the last defender and his move into the middle will cause defenders nightmares, especially with pace on the overlap.

Arteta can also switch Bellerin for Willian or Pepe and Maitland-Niles with Saka if he wants to throw on more attacking players.

Joe Willock is a star for the future and is expected to get plenty of minutes under his belt this season. 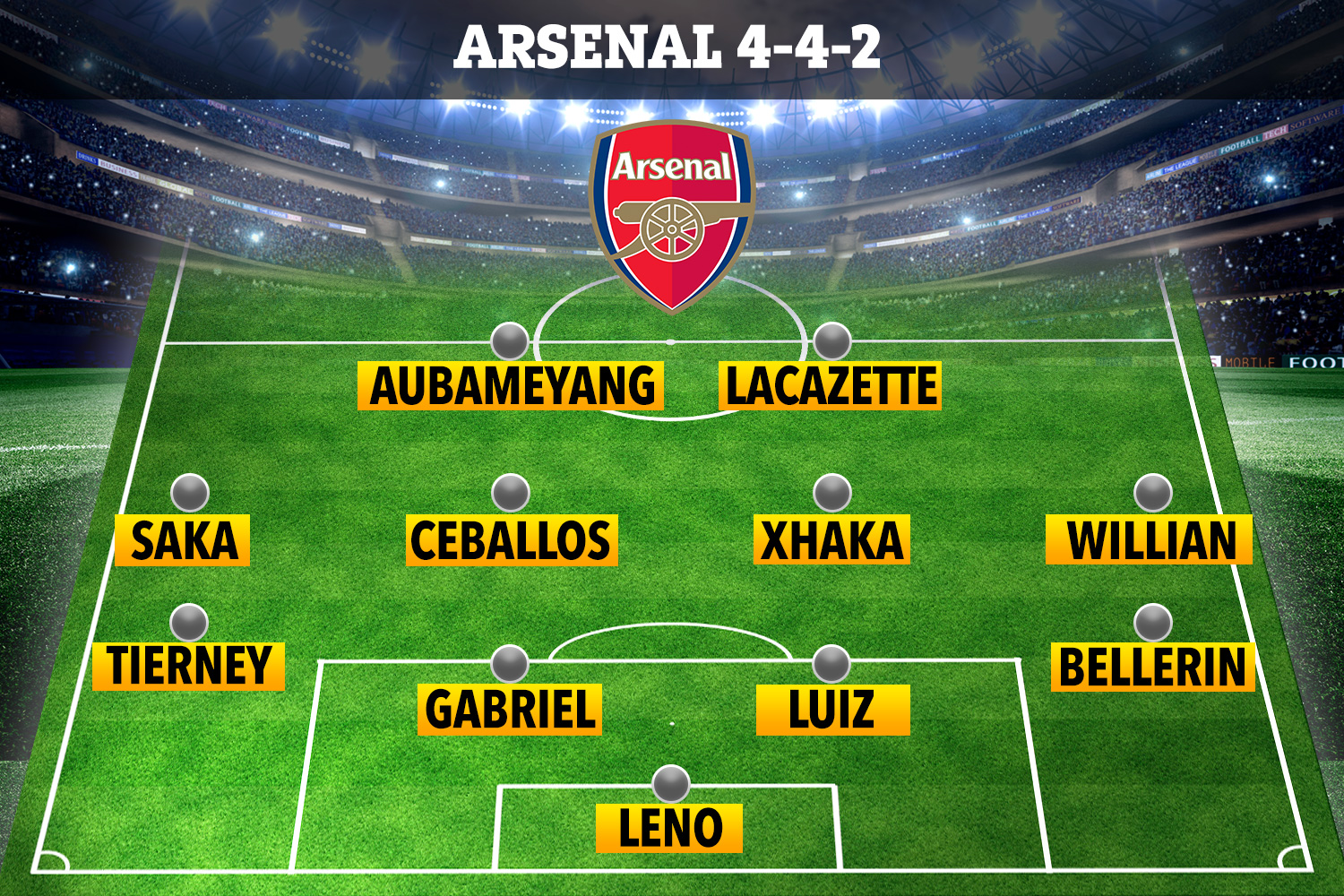 Arteta doesn't appear to use the classic formation too often but it's available at his disposal with the quality in his squad.

Simple but it can be effective when used properly with a rigid shape.

Saka and Willian can hug the touchline and the full-backs can get forward when the opportunity is right.

Arteta can also throw striker Eddie Nketiah into the mix if Lacazette or Auba needs a rest. 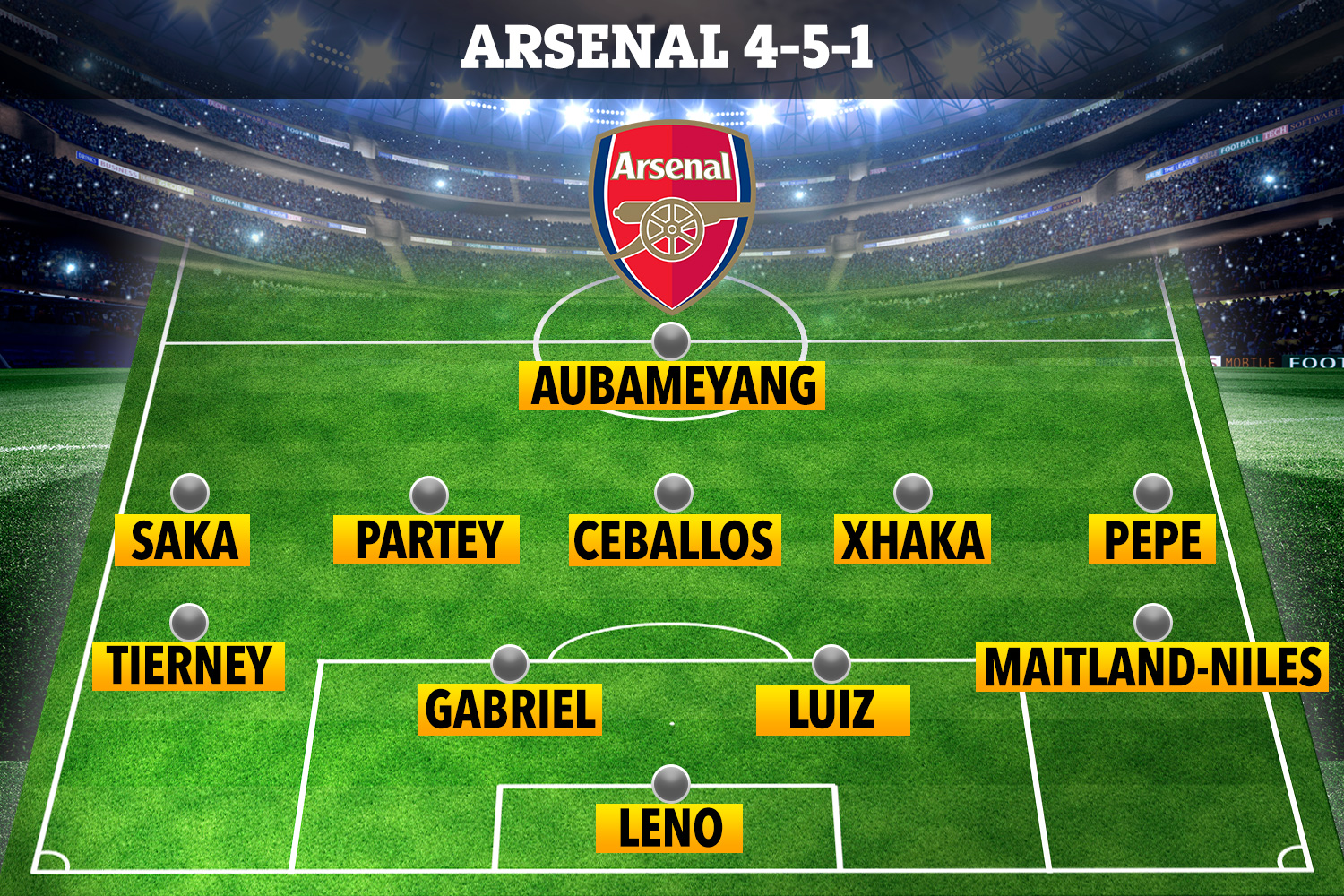 If Arteta needs to defend a lead, he can switch it up by almost putting ten men behind the ball.

It won't be used very often but could be important to see out a game and pick up three crucial points.

Partey's defensive qualities will help in that regard while Ceballos is capable of keeping hold of possession.

Pepe and Saka's pace will help close down opponents and hit teams on the counter-attack.

Aubameyang could then find space in behind should their opponents press for an equaliser.