Suki Waterhouse fires back at ‘Suki nobody’ joke in ‘Gossip Girl’

A recent social media post from Suki Waterhouse has fans believing the singer threw some subtle shade at her ex-boyfriend, Bradley Cooper.

“Can’t believe I let someone who looks like me with this filter break my heart,” the songwriter, 30, captioned a now-deleted TikTok video that showed her using a filter that added a beard to her face.

In response to a follower commenting, “Bradley Cooper besties,” the model left a thumbs-up emoji.

Waterhouse played a new ballad, “Melrose Meltdown” in the background of the clip, leaving fans to dissect whether or not the new tune is about the 47-year-old “A Star is Born” actor or another ex.

“In the car to Malibu / I’ll be crying on your milk-white sheets / Hoping one day we’ll marry / In a house you’ll build around me / I guess I believe / I believe in old-fashioned things / Imagining us/ But the longer I stay / I can see what’s happening,” Waterhouse sings on her newest song. 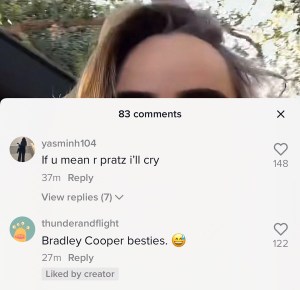 Cooper dated the “Future World” actress from 2013 to 2015, splitting just before the 2015 Oscars, though they still attended the ceremony together as friends. 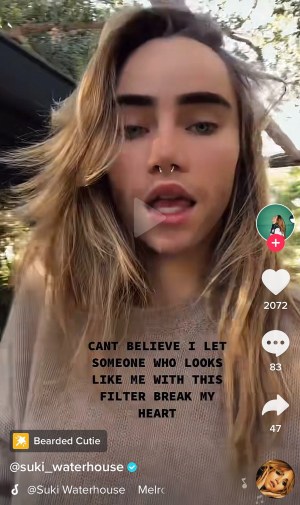 They were also spotted hanging out together months later at Coachella.

Sources told Page Six at the time that Cooper dumped the British beauty because “she wasn’t supportive of his acting career” and “spent Valentine’s Day away” from him. 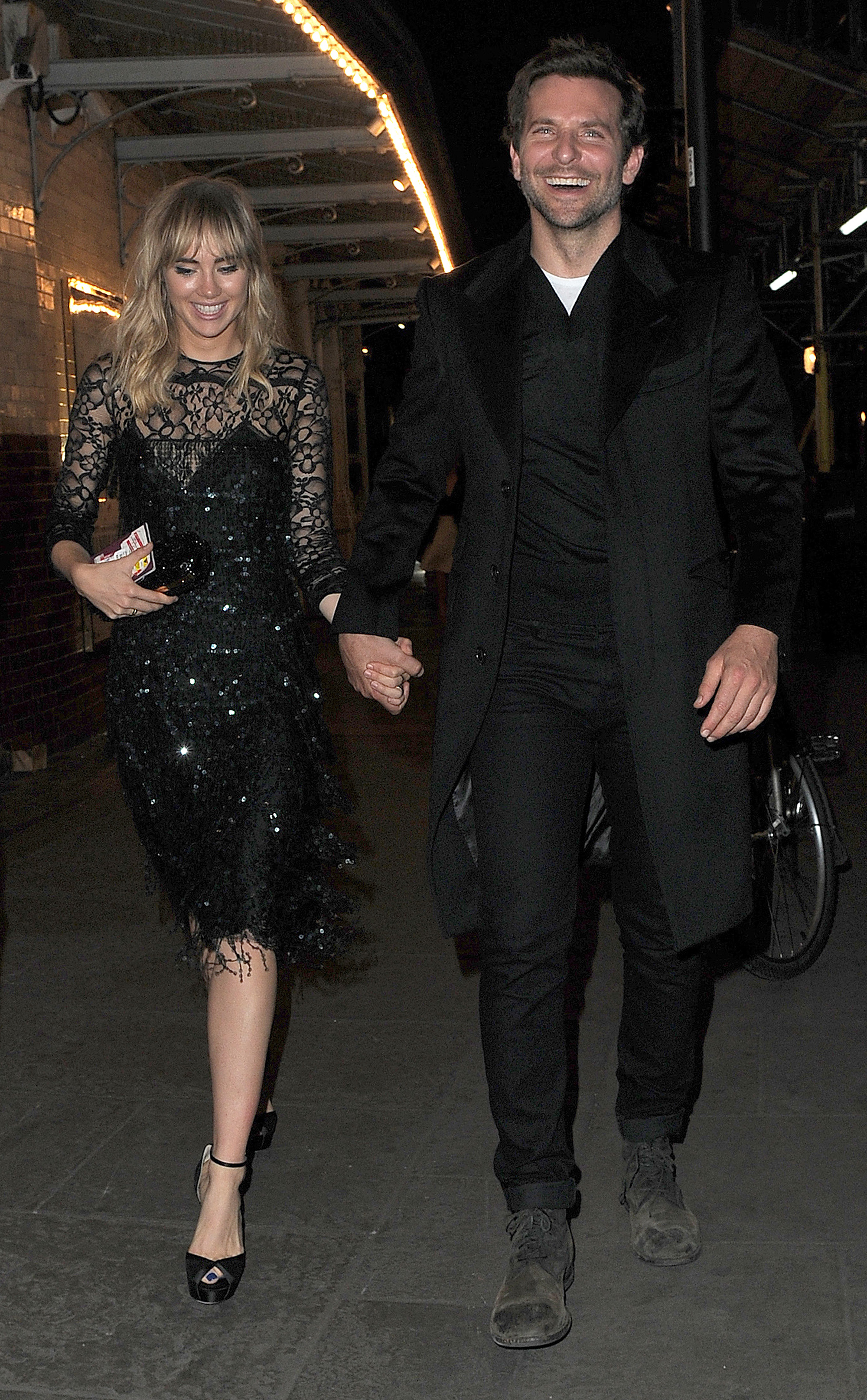 The “American Hustle” star went on date Irina Shayk for four years, welcoming daughter Lea in 2017. Rumors swirled that their split was due to Cooper’s alleged interest in “A Star is Born” co-star, Lady Gaga, a claim both stars denied.

Waterhouse went on to date Mexican actor Diego Luna for about a year before moving on to “Batman” star Robert Pattinson.