Pop culture’s most famous mom has hit the red carpet.

Kris Jenner, the matriarch of the Kardashian-Jenner clan, arrived at the 2022 Met Gala in Oscar de la Renta, complete with Lorraine Schwartz jewelry.

Paying homage to past generations of American fashion, Kris’s silky yellow gown, sleek white gloves and old-school hair were quickly compared to the likes of Jackie Kennedy on Twitter.

“Kris Jenner & her weave say they’re channeling Jackie Kennedy for the gilded age theme,” tweeted one viewer, as others said she looked “just like” Kennedy.

“Kris Jenner looks like an older Jackie O, so I bet Kim has on Marilyn’s gold dress,” speculated another.

But others criticized her choice to pay homage to Kennedy, noting that her inspiration was from the wrong decade.

“Kris Jenner looks amazing, but I am really confused about how Jackie O became Gilded Age. I love this though,” wrote another. 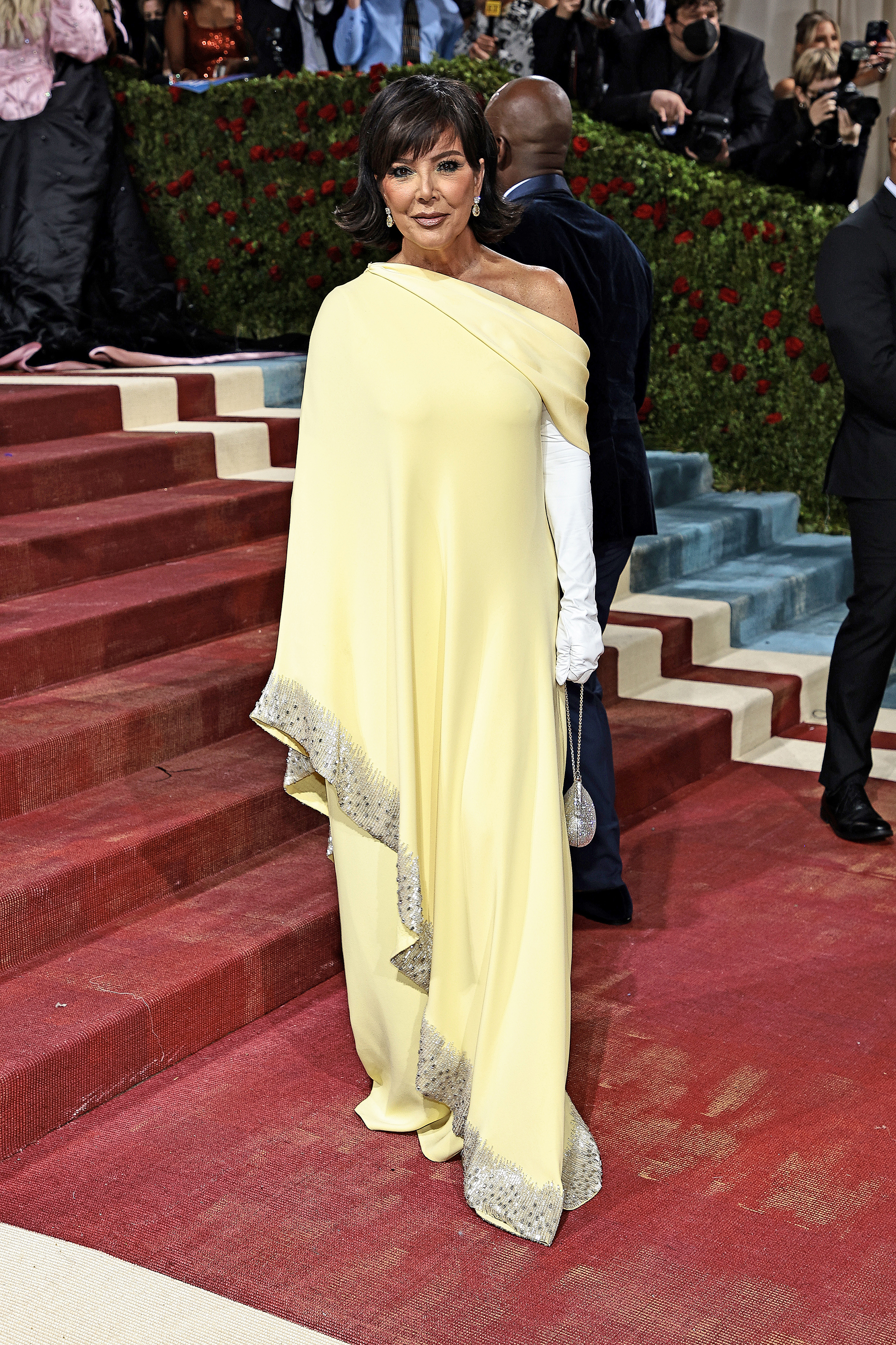 Kris’s other daughters will be in attendance tonight, with Kylie donning an Off-White wedding gown complete with a trucker hat.