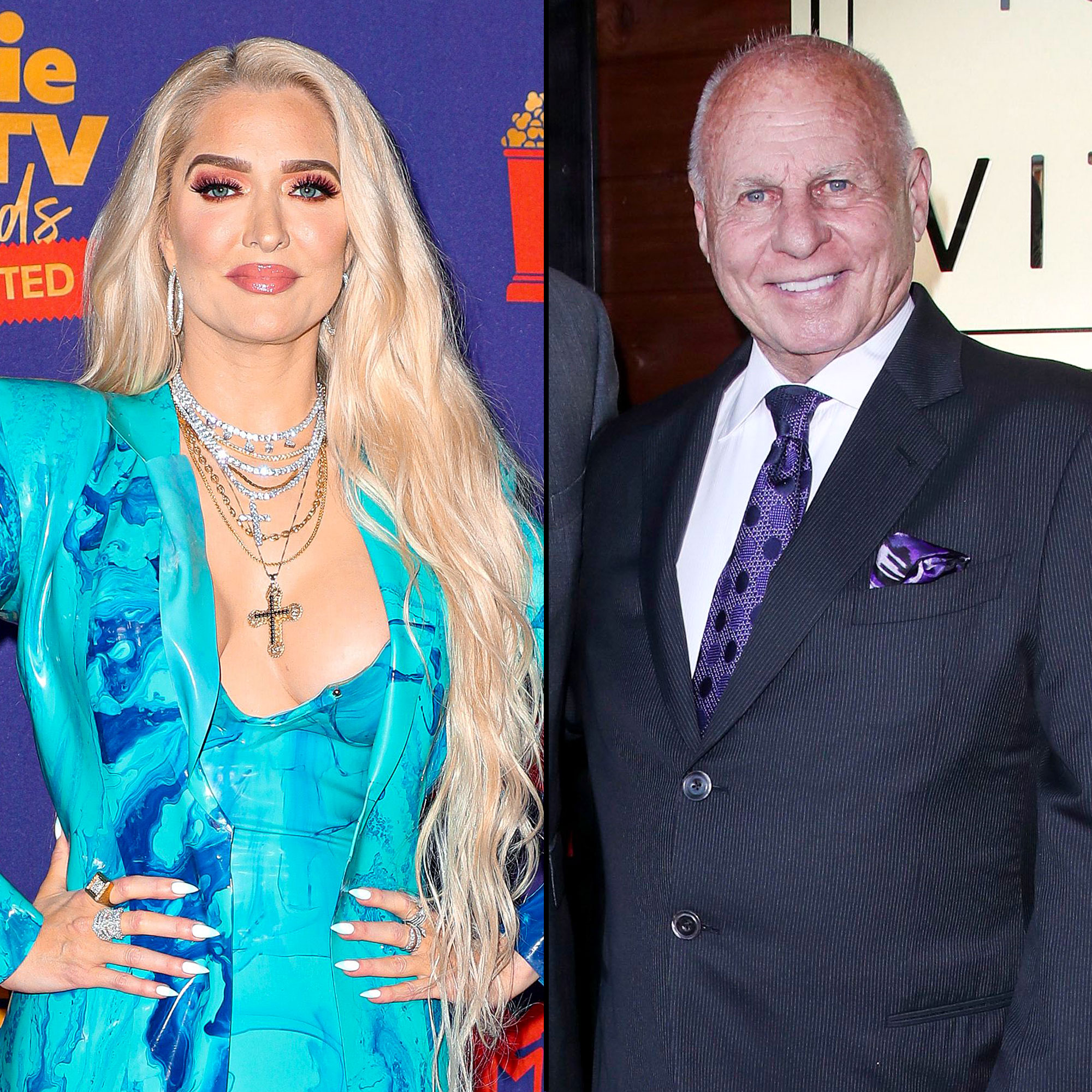 Not in a rush. Erika Jayne offered an update on her marriage to Tom Girardi — and the reality star isn’t looking to speed up the divorce process.

“It’s ironic, but if I was divorced from Tom, I’d have to pay him alimony,” the Bravo star, 53, claimed during an episode of The Real Housewives of Beverly Hills on Wednesday, July 20. “I’ll stay married, thanks.”

During a conversation with Lisa Rinna, Erika also noted that finalizing a divorce isn’t possible amid the estranged couple’s legal and financial issues. “I can’t get a divorce right now. Like, I’m legally separated, so my life has moved on and everything is separate. But I can’t get a divorce right now,” the singer explained. “There’s so much legal s–t going on. It’s a weird time and I’m really ready for it to be over.”

The Pretty Mess author filed for divorce from Girardi, 83, in November 2020 after 21 years of marriage. One month later, the pair were accused of embezzling $2 million in settlement funds from the families of Lion Air Flight 610 victims.

Earlier this year, Erika was dismissed from the fraud lawsuit after previously maintaining her innocence. Tom, for his part, was diagnosed with Alzheimer’s and later placed under a conservatorship with his brother Robert Girardi acting as the effective conservator of his person and estate in July 2021.

According to the Georgia native, the duo have stayed in touch amid the former attorney’s mental health decline. “Of course [I take his calls],” Erika exclusively told Us Weekly in May. “He’s not well, and so he’s in a state of decline and sometimes it’s good and sometimes [he thinks] I’m someone else. So it’s fine.”

At the time, Erika admitted that she was still “mourning that marriage” as viewers watched her life unfold on screen. “I think that gets lost in the sensationalized version of it all. This was someone I was married to for over 20 years and was with, like, 23 [years]. It’s difficult,” she shared. “There are real moments of sadness, real moments of — like when the holidays came around, you know, for Christmas, I would just remember how much fun we would have. … But what are you going to do with that? These things happen in life. They happen to everyone; everyone’s mourning something.” 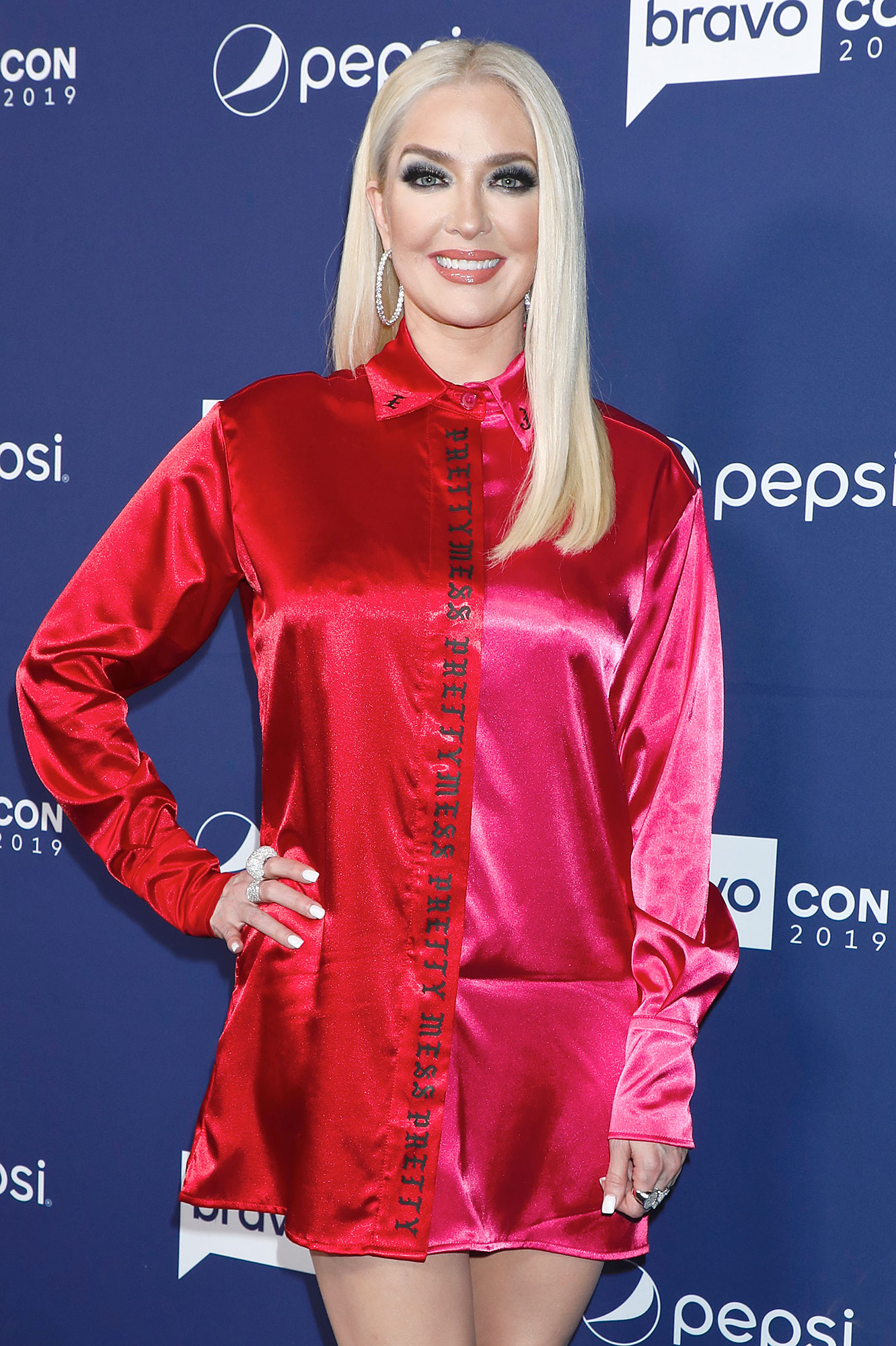 For the TV personality, having to show aspects of her private life on RHOBH isn’t always easy.

Mention It All! Real Housewives’ Legal Troubles Through the Years

“The season before was a real fallout. This season is about really trying to pull yourself together and go on. It was tough but ultimately, I’ll get there and it’s part of the human experience,” she told Us, adding that she “mixed alcohol and antidepressants” while cameras were rolling. “You can’t go through what I have gone through the previous season and not feel something. I wanted to have some fun and I wanted to not feel so heavy. So that’s what I did.”

The Real Housewives of Beverly Hills airs on Bravo Wednesdays at 8 p.m. ET.