Zak Crawley says he is realising a lifelong ambition after impressing for England in their warm-up match against a Sri Lanka Board XI.

The opener followed up his 43 on the first day in Katunayake with 91 from 99 balls in the second innings.

He may only boast a 27.33 average from his first four Tests, but he showed encouraging signs in South Africa over the winter as he occupied the crease for lengthy periods.

Reflecting on his Test career so far, Crawley said: “While it’s come quicker than I was expecting, it was something I’d prepared my whole life for.

“It’s always been my goal, every time I’ve gone to practice it’s been with the ambition of playing for England. 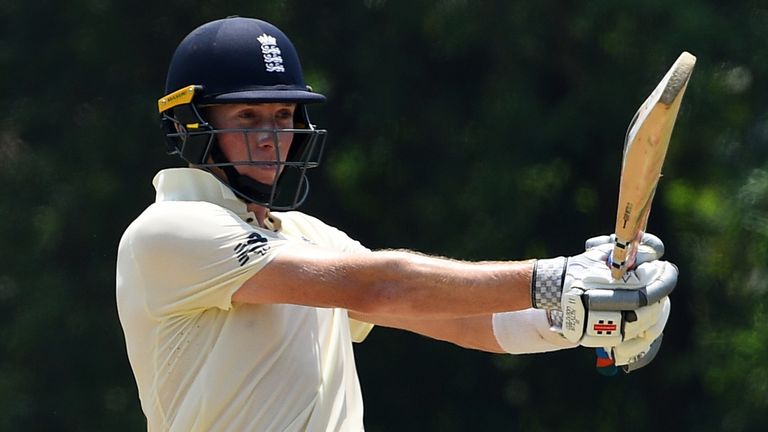 “Everyone makes their debut or gets their chance in different ways. Dom Sibley has done it by scoring loads of runs and he deserves his place. Mine came through maybe picking on potential. That’s the way it goes, different paths.

“It’s definitely helped me being around the group for longer and longer and feeling more comfortable.”

Crawley will be hoping for more time in the middle when England play a four-day first-class match against a Sri Lanka Board President’s XI in Colombo on March 12, before the two-Test series starts in Galle on March 19, live on Sky Sports.

The 22-year-old hit 17 boundaries on the final day of the first warm-up match before he was caught at silly mid-off from the first ball after the lunch break.

“I was disappointed with the way I got out first ball after lunch but it was nice to spend some time in the middle and face a few balls,” he said. “If the people above think I’m ready to go I’ll play in Galle, hopefully I can do well there as well.”

England are expected to pick their preferred side for the match against the President’s XI.