Rappers Eminem and Kendrick Lamar have several hit songs between them and years of combined experience in the world of hip-hop. But when Lamar first burst onto the scene in the early 2010s, Eminem — himself an industry veteran — had a hard time believing he was all he was cracked up to be.

Eminem has been in the rap game for decades

Eminem first began working hard as a rapper in the 1990s. By the turn of the century, he was one of the hottest new rappers on the block, thanks to his over-the-top Slim Shady persona and successful albums such as The Slim Shady LP, The Marshall Mathers LP, and The Eminem Show.

Over the next two decades, Eminem cemented his spot in the hip-hop pantheon with hit singles and bestselling albums. He earned his first No. 1 single in 2002 with “Lose Yourself,” and at the turn of the 2010s, he earned three more with “Crack a Bottle,” “Not Afraid,” and the Rihanna collab “Love the Way You Lie.”

Eminem made Kendrick Lamar prove he doesn’t use a ghostwriter

By the time Kendrick Lamar emerged on the rap scene at the turn of the 2010s, Eminem was an established and respected figure with several hits under his belt. So when he had the opportunity to work with Lamar, he wanted to see just how talented the breakout star really was.

“Eminem heard that Kendrick Lamar was the best rapper and he invited him to the studio to get him on a song,” Sheeran said. “He arrived and Kendrick came with all his mates and Eminem said, ‘I just want you in the studio, just you on your own and then my engineer is gonna come in and then record you doing it, but your mates aren’t allowed in.’”

Lamar agreed and wrote what Sheeran called a “sick verse,” and Eminem soon revealed that it was all a part of his plan: “Everyone came in to listen to it and Eminem said that he did it to test Kendrick because he thought he had a ghostwriter.” Naturally, Eminem and everyone else in the room was impressed, with the “Lose Yourself” rapper deeming Lamar “the best.” 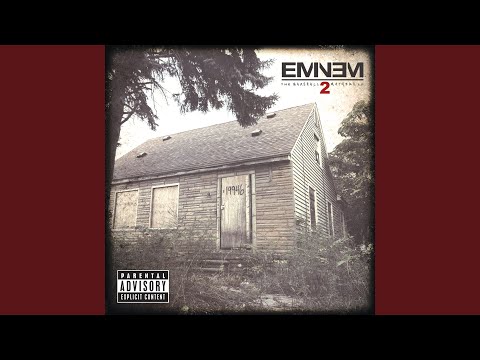 Now, Lamar has risen to become a star in his own right, able to hold his own amongst hip-hop greats who have been in the industry for decades. And in February 2022, the “Humble” rapper will prove to the world that he’s deserving of his legendary status.

Eminem and Lamar are sharing the stage at the Super Bowl LVI halftime show in Lamar’s hometown, just a few miles away from where he grew up in Compton. The two rappers will be joined by other stalwarts Snoop Dogg, Dr. Dre, and Mary J. Blige for an ode to hip-hop that fans won’t ever forget.