In doing so she spared the blushes of under-fire British Cycling chiefs by winning the team’s only gold medal on the final day of the UCI Track Cycling World Championships. 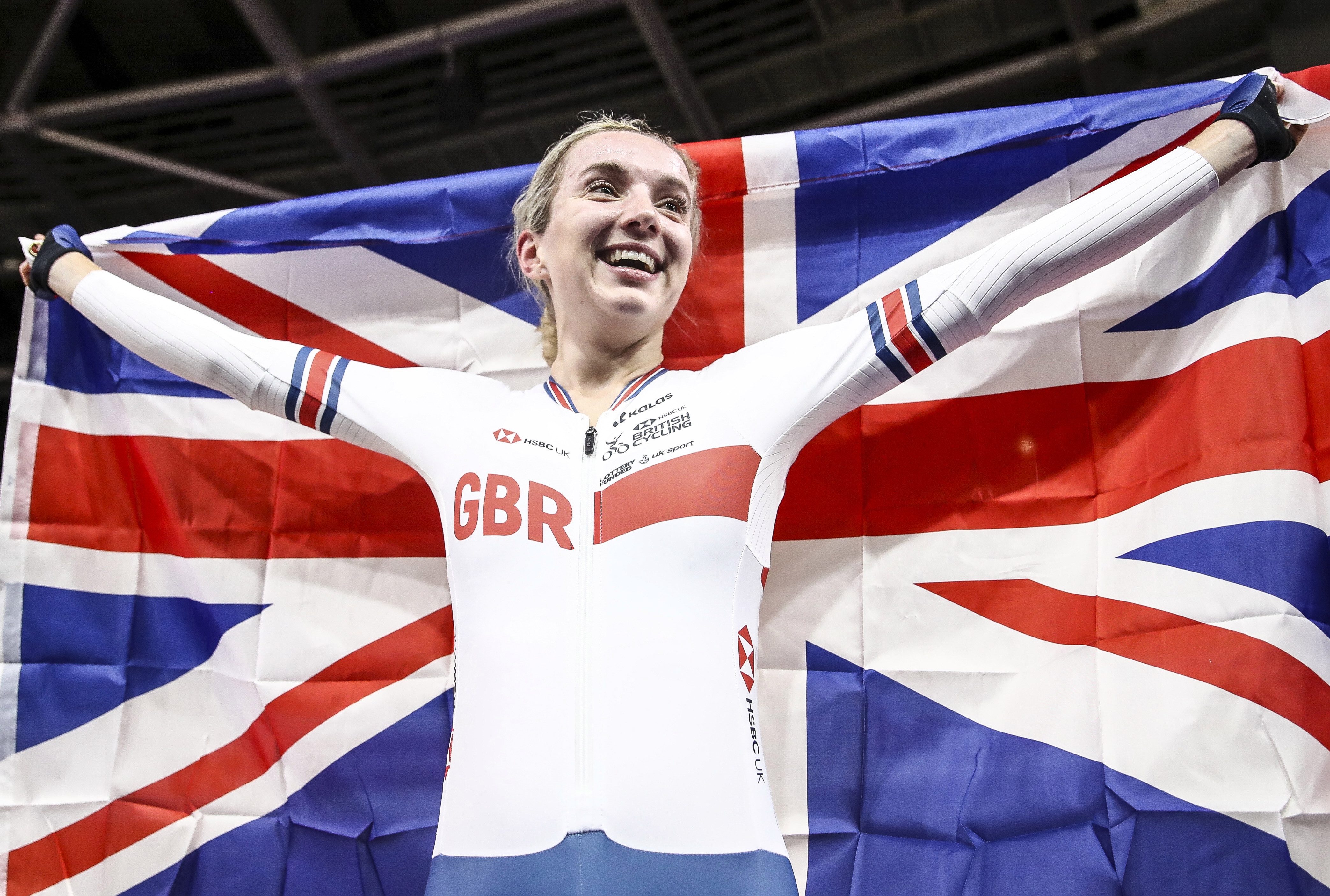 And it was fitting that the proud Welshwoman should triumph on St David’s Day, her country’s national day.

Barker made a decisive, lung-bursting attack between sprints eight and nine to secure 20 points for gaining a lap on the rest of the field.

That elevated her to the top of the rankings with 50 points, sealing her third world title in four years.

Barker, 25, was watched in the stands by mum Sue and dad Graham but revealed they were almost BANNED from coming to Berlin. The Cardiff star, who also won this event in 2017, said: “I almost told them not to come this week.

It’s not an Olympic event, but it doesn’t make it feel any less incredible.

“They’ve only come to the Worlds when I’ve not won. But they booked their flights before they told me.”

And she joked they now have her permission to book tickets to the Tokyo Olympics.

Barker said: “They can go now!

“Am I in the form of my life? It’s pretty close. I’m feeling good.

“It’s not an Olympic event, but it doesn’t make it feel any less incredible.”

Katy Marchant was eliminated from the women’s keirin semi-finals.

Ethan Hayter and team-mate Oliver Wood were ninth in the men’s madison.

It was their worst championship performance directly before an Olympics since Sydney 2000.

British Cycling boss Stephen Park reckons new bikes and kit this month will make a big difference in the summer. 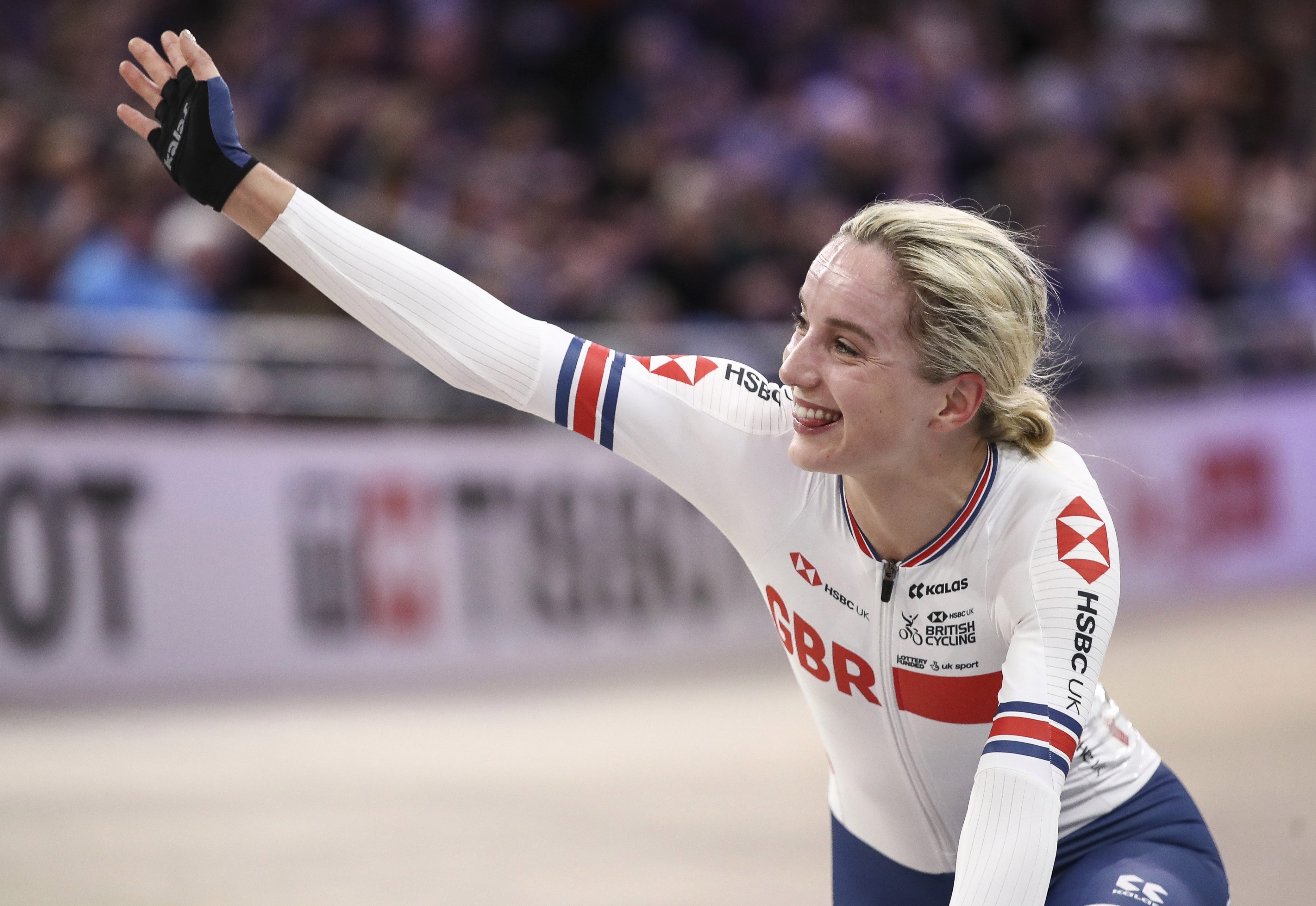 But he warned against unrealistic expectations after 11 medals — including six golds — at the Rio Olympics four year ago.

Park said: “The days of any nation winning ten-plus medals have probably gone.

“That’s not a result of GB’s performances decreasing. It’s a result of the worldwide competition in- creasing.” 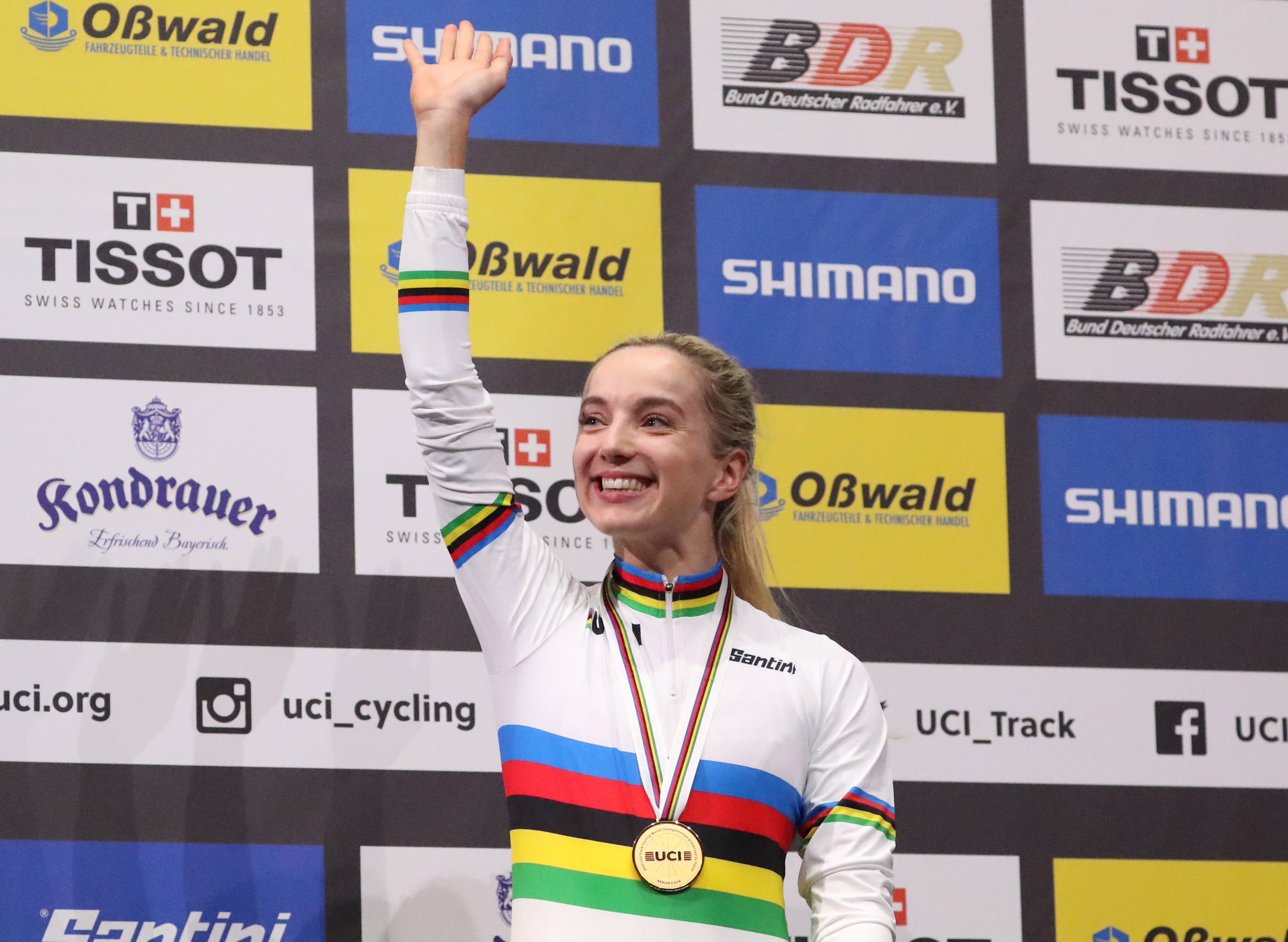