Bernal began the 30km race against the clock with a one-minute-and-59-second advantage over Damiano Caruso after the Italian’s victory on the Alpe Motta on Saturday, and finished with a final margin of victory of 89 seconds to deliver a second consecutive Giro win for the Grenadiers.

Yates, who had put a scare into Bernal with his attacking approach in the final week, secured third place, four minutes and 15 seconds down – his best result yet in a race he has consistently targeted since his Vuelta a Espana-winning season in 2018.

Bernal knew he simply needed to stay calm – and stay upright – to see the job through before he could celebrate in the shadow of Milan’s Duomo.

“I was just focused on my effort, thinking I can’t do a mistake, I don’t want to lose the Giro in one corner,” he said.

“I was starting to push in the parts where I could push but in the corners I don’t take any risks. I think it was the first time trial I enjoyed. I always suffer in the time trials but today was a special one.

“There were a lot of Colombian flags and all the people cheering for me when I arrived and I realised I had won it was an incredible feeling. I cannot describe what I’m feeing inside of me.”

Bernal – who earned his first professional contract in Italy as a teenager – adds the Giro title to his Tour de France crown from 2019, but the 24-year-old has had to show much more maturity over the past three weeks. 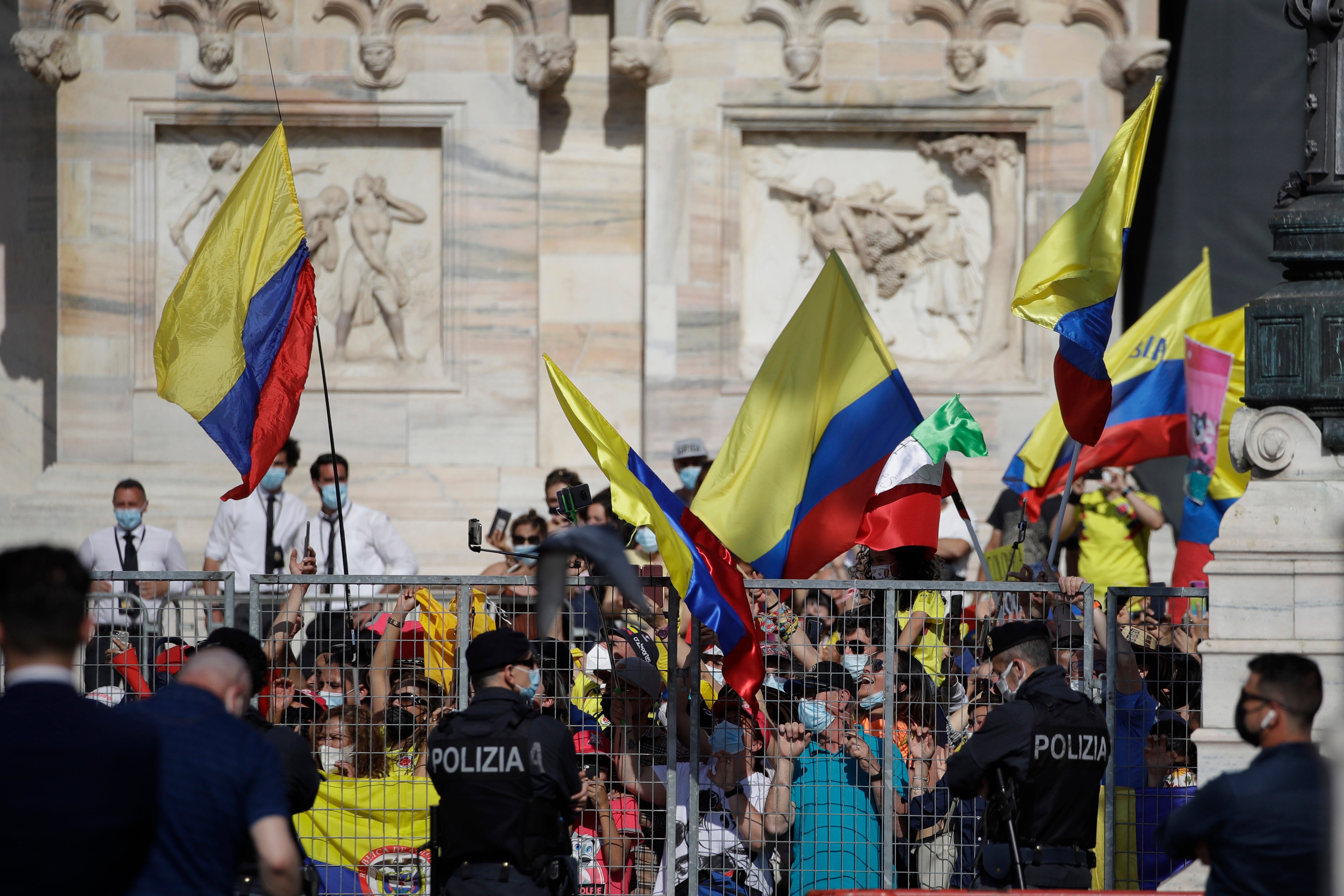 Where two years ago he was thrust into yellow on a chaotic weather-shortened stage 19 of the Tour, effectively needing to defend it for only a brief stage 20, Sunday was his 12th day in pink at the Giro.

In that time he has faced attacks from rivals and questions over his long-standing back injury, but never looked seriously vulnerable.

Yates had been the man to do most of the probing, taking 53 seconds out of the Colombian on stage 17, then another 28 seconds on Friday.

Though his challenge faded on the penultimate day, a podium finish remains an encouraging result for the 28-year-old Lancastrian.

Ganna defied a puncture to take the stage victory with a time of 33 minutes and 48 seconds, bookending the race after his win in the opening time trial, but it would surely have been a different story had Remi Cavagna – who finished 12 seconds down – not crashed in the final kilometre of his own ride.

“When you see the puncture you think I’ve lost the race, but I knew I had a good gap to the second rider so I changed the bike really fast, like a Formula One race,” the 24-year-old said.

“Then I had to wait for Cavagna because he is a really good time triallist. I saw this crash and I thought, ‘Okay, we’ve played with the same cards today’ because without my puncture and his crash the result would be the same I think.”