The Duke and Duchess of York will take on Queen Elizabeth II’s beloved corgis after the duchess “bonded” with the late monarch over dog walks, according to London’s Telegraph.

Prince Andrew gave his mother two dogs, Muick and Fergus, during lockdown last March in an attempt to cheer her up when the Duke of Edinburgh was in hospital. 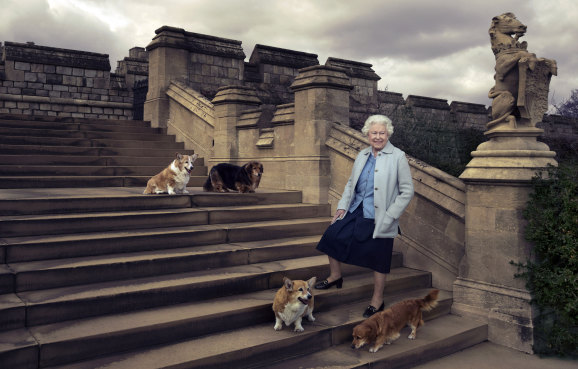 The puppies had been found by the duchess, who continues to live with the duke at Royal Lodge, Windsor, despite their divorce in 1996.

Fergus died last May but he was replaced with another corgi, Sandy, who together with Muick brought “constant joy” to the late monarch.

Until recently, the Queen took her dogs for regular walks in the sweeping gardens at Frogmore House on the Windsor estate, a place she found solace and once described as “wonderfully relaxing”. 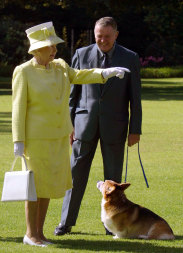 The late Queen Elizabeth II meets a corgi owner from the Adelaide Hills Kennel Club at Government House in Adelaide on February 28, 2002.Credit:AP

A source close to the duke told London’s Telegraph: “The duchess bonded with Her Majesty over dog walking and riding horses and even after her divorce, she would continue her great friendship with Her Majesty, by walking the dogs in Frogmore and chatting.”

Last summer was the first in decades that the duchess was invited to join the royal family at Balmoral castle, an indication that she had been welcomed back into the fold.

She is also understood to have spent precious time with the Queen, the duke and their two daughters, Princesses Beatrice and Eugenie, at Balmoral this summer.

The duchess had been staying at Balmoral when The Sun published photographs of her having her toes sucked by businessman John Bryan in 1992.

Prince Philip is said to have refused to stay under the same roof as his former daughter-in-law ever since.

In a statement released on Thursday, the duchess described her heartbreak at the Queen’s passing.

“To me, she was the most incredible mother-in-law and friend,” she said.

“I will always be grateful to her for the generosity she showed me in remaining close to me even after my divorce. I will miss her more than words can express.”

The Queen had a lifelong, deep affection for corgis, having fallen in love with the breed as a child. 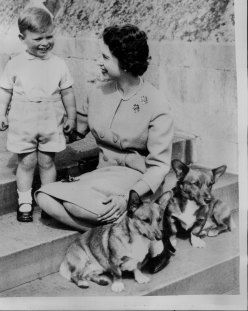 Prince Andrew with his mother, Queen Elizabeth II together with a couple of the famous Royal corgis in the grounds of Windsor, August 2, 1962.Credit:United Press

She owned more than 30 over the years, many of whom were direct descendants of the first, Susan, given to her as an 18th birthday present by her parents in 1944.

The then-Princess Elizabeth had fallen in love with her father’s dog Dookie, a Pembrokeshire corgi, and wanted one of her own.

In April 2018, she was left devastated when Willow, her final corgi descended from Susan, died.

Her two remaining dogs were dorgis, Candy and Vulcan, but Vulcan died in December 2020, leaving the monarch with just one dog, Candy.

She is said to have stopped breeding them several years ago as she did not want to leave any behind. 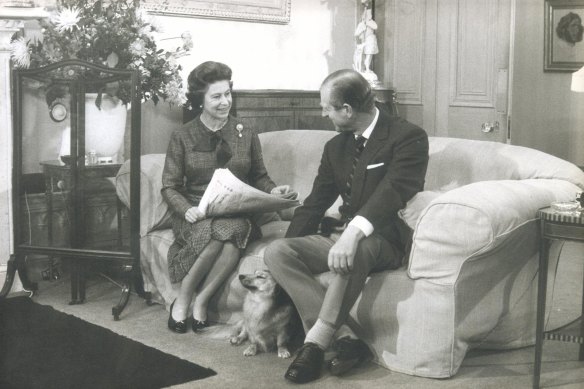 One of a special series of pictures taken in connection with the Silver Jubilee. The Queen and the Duke of Edinburgh with Tinker, a cross between a corgi and long-haired dachshund.Credit:PA

However, she is said to have been delighted when given two new puppies by Prince Andrew in early 2021.

The puppies kept her entertained while her husband was in hospital and the royals dealt with the bitter fallout from Megxit and the Sussexes’ Oprah interview.

Her dresser, Angela Kelly, recently revealed they proved a “constant joy” for the monarch and “always brought a smile to everyone’s faces”.

The Queen named the dorgi Fergus after her uncle, who was killed in action during the First World War, and the corgi Muick – pronounced Mick – after Loch Muick on the Balmoral estate.

She was “devastated” when five-month-old Fergus died just weeks later from a heart problem he had since birth, having “seen Her Majesty through a difficult time of loss and grief,” a source said at the time.

He was later replaced with Sandy, a new corgi puppy from Andrew, a gift to mark her official 95th birthday.

Both Muick and Sandy will now return to live at Royal Lodge with the Yorks.

Most Viewed in Lifestyle