My memory of Sunday afternoons when I was young is associated with one over-riding feeling: boredom. No YouTube clips or computer games to keep you entertained.

No on-demand TV and only four channels, can you imagine?! Shops were closed and social media had yet to be invented. There was little stimulation except for watching rain trickle down the window. There was also no attempt by parents to do anything to alleviate the boredom, not even sympathy. It was considered part of life.

How things have changed. I wonder how the younger generation would cope if they were transported back and had to experience one of the Sundays of my youth. They wouldn’t last a minute. It’s not their fault, of course. It’s because they have been brought up on a toxic diet of constant stimulation. 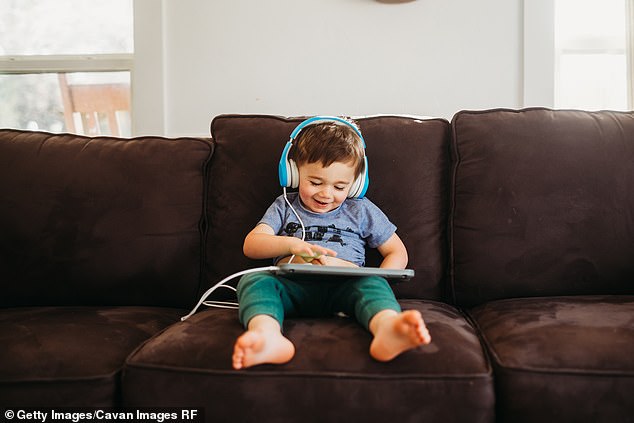 Dr Max Pemberton fears constant stimulation is causing untold damage to children, as a recent study revealed three-quarters of kids in Britain are looking at screens for nine hours per day (file image)

Everything from when they wake to when they fall asleep is packed with things to do.

And I worry about the effects of modern life on the minds of youngsters. In filling our children’s lives like this we are causing untold harm and damage.

Just this week there were reports that too much screen time increases a toddler’s risk of behavioural problems.

This is hardly surprising for those of us who have worked in mental health services and seen, time and again, young people who seem unable to sit still, concentrate and hold attention for longer than the time it takes to read an Instagram post.

You only have to look at referrals to child mental health services, which are spiralling out of control, to realise we have got things very wrong.

For me, it’s no coincidence that rates of attention and behaviour difficulties in children have sky-rocketed in line with the rise of technology. It makes perfect sense — if children’s brains are bombarded by stimulation and quick-fire clips, for hours on end, is it any wonder we have record levels of attention disorders and sleep problems?

While it may be reassuring to have labels such as ADHD, as it offers an apparent explanation for a child’s behaviour, we know there are significant social factors that play a role, too.

Indeed, the World Health Organisation states that a diagnosis of ADHD can represent family dysfunction or inadequacies rather than a problem with the individual child.

Too often tablets and TVs are used by parents as proxy baby-sitters. I understand why. But it’s ironic that despite us treating children with kid gloves, never allowing them to be adventurous, banning smacking, feeding them organic food and so on, we are ignoring one of the biggest challenges; their tech addiction.

And screen use has accelerated during lockdown. In one study of 5,000 British parents, three-quarters said their child was now looking at a screen for nine hours per day, nearly double the average prior to the outbreak. 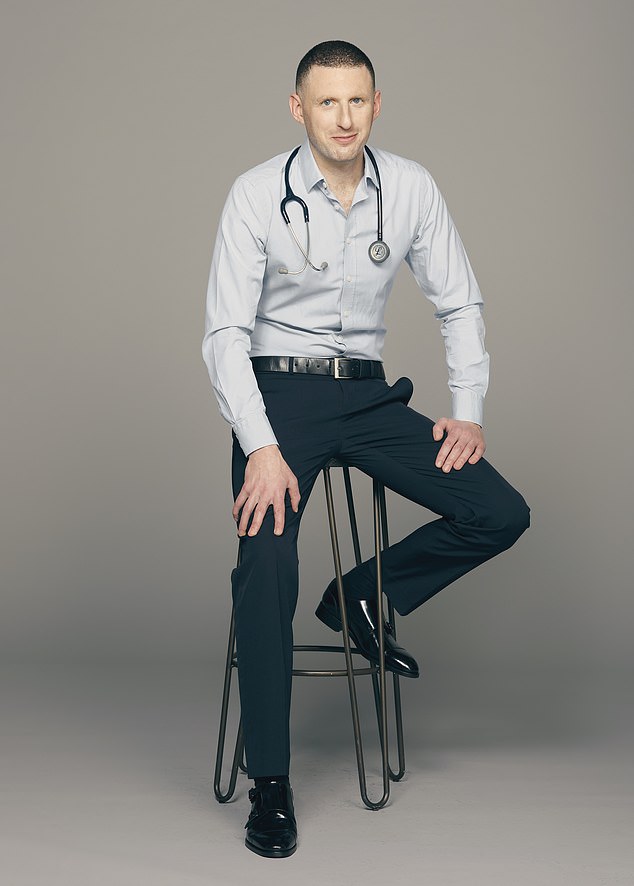 Dr Max (pictured) said learning to relax and slow down, to meditate and contemplate, are vital skills that aren’t being taught

Studies also show under-fives are, on average, glued to screens for more than four hours a day. It beggars belief. What on earth does this do to their brains?

As a psychiatrist, I worry that by staring at a TV or iPad screen they will miss out on vital social contact in real life.

At such a formative age, I can’t believe it isn’t detrimental to be detached from reality, spending hours immersed in a two-dimensional world.

But I also worry about the long-term damage of never having any downtime.

For me, the greatest problem children face these days is that we aren’t teaching them one of the most vital skills in life: how to be bored. They can no longer tolerate boredom and everything has to be frenetic, given to them in bite-sized portions that require barely any concentration as they are always moving on to the next thing.

Learning to relax and slow down, to meditate and contemplate, are vital skills, yet we are raising a generation that doesn’t know any of these things.

We are condemning them to a miserable future. They are used to things being interesting and attention-grabbing when the reality of life is rarely that; most of the time things are a little bit dull and uninteresting.

I’ve noticed the fallout of this among junior doctors. Many of them resent having to do the less exciting aspects of medicine; checking bloods or filling out forms, for example.

But these tedious things are still important. Coping with this aspect of life is a key skill that is lacking in digital natives. We need to teach youngsters to tolerate frustration and boredom.

It’s up to parents to limit their child’s screen-time. It’s difficult at first, but it’s the only way they will learn to cope with boredom.

I have a friend who is a paediatric surgeon at Great Ormond Street Hospital, and we often speak about the behavioural difficulties we see in youngsters. We recently spoke about how she manages technology with her four young children.

‘They are limited to two hours on the iPad each,’ she replied.

‘Two hours a day is not bad,’ I said, and she looked horrified.

‘Two hours a week,’ she corrected me.

I was stunned, but she explained that she views tech as something akin to sweets.

Of course, children want more and more. As difficult as it is, it’s a parent’s responsibility to put their foot down and say no.

Trust me, they’ll thank you for it in years to come.

Why I’m not a fan of Fitbits 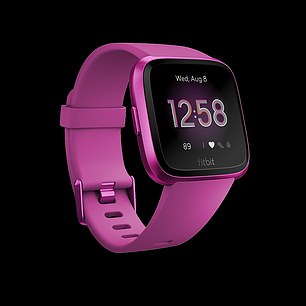 Do you have a Fitbit? Sales are soaring and they are now so popular they are included in the Office for National Statistics’ basket of goods and services used to calculate the cost of living.

Research published this week also suggests that fitness trackers can boost weight loss. I know people swear by them, but they leave me cold. I’m not a fan of the over-analysing that comes with technology. People become obsessed with how many steps they’ve done and stop exercising for fun. In fact, many doctors worry health gadgets might make things worse. Sleep apps have been blamed for insomnia as people become so worried they can’t sleep.

It’s a similar story with devices that track ovulation to help couples conceive; there are concerns the worry these create raises stress hormones which may reduce fertility.

Health anxiety is an epidemic, fuelled in part by these gadgets. 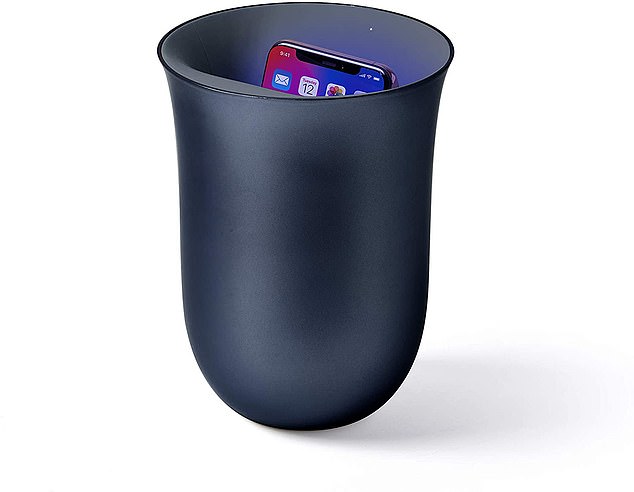 Dr Max said his favourite device is a phone sanitiser, as research shows our phones are seven times dirtier than our toilet

How often do you clean your mobile phone? Most people rarely, if ever, do it. Yet research shows our phones are seven times dirtier than our toilet. Every time we touch our phone, then our face we spread potentially harmful bugs. This is my favourite device to clean your phone — a phone sanitiser that uses UV light to kill nasty critters while it charges.