Switching across to the NBN doesn't mean abandoning all the telephone handsets spread around your home.

These days many households have understandably abandoned their home phone after being pestered by endless telemarketers and scammers. That said, old-fashioned home phone lines are still popular with people like my friend Jane, who still remembers when phones had rotary dials rather than new-fangled buttons.

Jane's move to the NBN went surprisingly smoothly, but there's still a lot of confusion out there when it comes to what happens with your home phone. 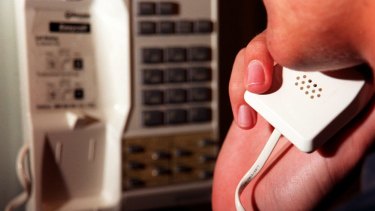 As a general rule, once you move to the NBN your telephone wall sockets stop working. Instead, you need to plug your home phone into the telephone socket on the back of the modem supplied by your telco – in Jane's case, Telstra.

This is a problem if, like Jane, you have extra wall sockets around the house supporting handsets on the kitchen bench and bedside table.

One option is to pay someone to rewire all those wall sockets. The easier solution, however, is to switch to cordless phones, with the primary base station plugged into the modem's phone socket. You can place the other cordless phones around your home, as their charge cradles only need access to a power socket to function.

Jane took some convincing because her neighbour was wrongly told you can only have one handset with an NBN connection – including cordless phones. That's certainly not true.

On the NBN, an internet outage kills your home phone, but you can get around this with a wireless fallback modem like Telstra's Smart Modem. If you require priority assist, such as for a medical alert bracelet, tell your telco before moving to the NBN and they should be able to arrange a phone that still works even during a power outage.

Some telcos like Telstra have an annoying habit of quietly re-enabling MessageBank when you move to the NBN, kicking in before your home answering machine can pick up incoming calls. Jane missed a few important calls before she realised, so if you're helping friends switch to the NBN it's important to ensure everything is up and running smoothly.