Home » Lifestyle » DOMINIC SANDBROOK: The battle was a victory for Europe

DOMINIC SANDBROOK: As historian Lucy Worsley says the battle was a victory for Europe, it’s time this broadside at Wellington’s triumph met its Waterloo

The date was June 16, 1815. At Quatre Bras, a few miles from the Belgian village of Waterloo, 19-year-old Private Matthew Clay was close to despair.

All day, he and his comrades in the 3rd Foot Guards had been fighting to hold back Napoleon Bonaparte’s French army.

Now Private Clay was on the move, stumbling over the corpses of the fallen.

‘I particularly noticed a young officer of the 33rd Regiment,’ he wrote later.

‘His bright scarlet coat and silver lace attracted my attention when marching over his headless body.’ 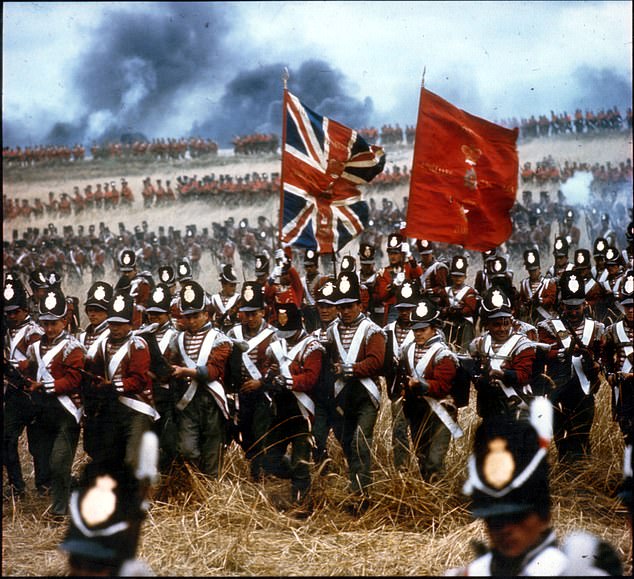 British redcoats at Waterloo, depicted in a 1970 film

Desperate for water, Private Clay grabbed a bottle from a dead Frenchman’s pack and filled it from a nearby pond.

Only after he had drunk from it did he notice the pond was filled with ‘the bodies of those who had fallen in combat on the evening previous, and the liquid we had partaken of was dyed with their blood’.

More horror followed in the days to come, as the teenager and his friends fought to defend the farmhouse at Hougoumont from the oncoming French.

It was a pivotal moment in the Duke of Wellington’s victory at the Battle of Waterloo.

Matthew Clay did not fight for fame or glory. He fought for Britain.

He was one of almost 70,000 young men who served in Wellington’s army during those desperate, bloody days in the summer of 1815.

And with Remembrance Day fast approaching, we should remember their sacrifice alongside those of their successors in the world wars.

Yet now the BBC’s favourite historian, Lucy Worsley, tells us we are wrong to celebrate Waterloo as a British victory.

It was, she says, a ‘European collaboration’ and she accuses Wellington of deliberately ‘playing down the collaborative nature of the victory’.

Full marks to Ms Worsley for effrontery. But this is utter drivel, pandering to the ‘woke’ anti-patriotism so popular among the historically illiterate.

The plain fact is, Waterloo was a British victory. It came at the end of a struggle lasting almost a quarter of a century, in which Britain did more than any other nation to contain the toxic fallout from the French Revolution. 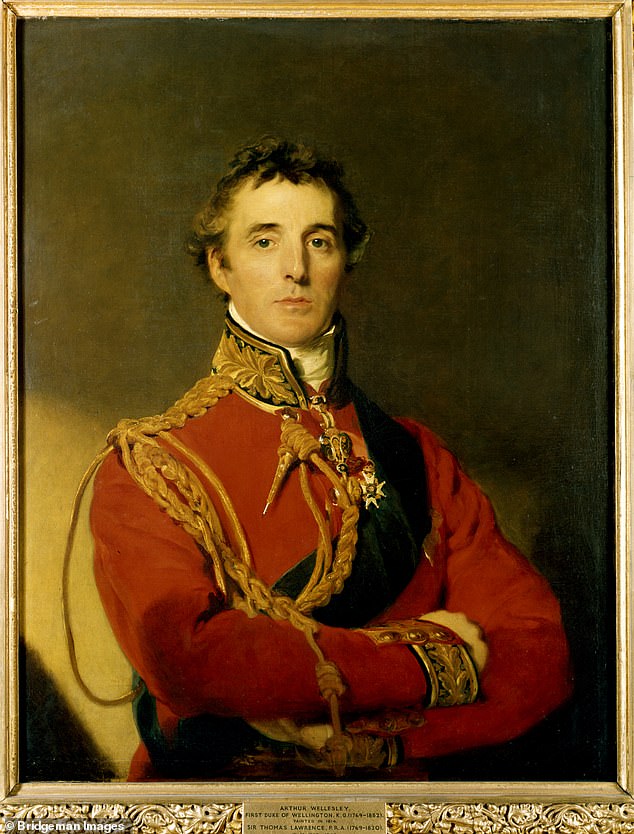 A portrait of Wellington in 1814

When Napoleon emerged from the anarchy to become Emperor of France, it was Britain that built and paid for the alliances to resist him.

It was Britain that defeated his naval ambitions at Trafalgar, and thwarted him in Spain and Portugal in the Peninsular War.

It is true we did not fight alone. The Russians dealt him a heavy blow at the gates of Moscow in 1812, and a year later it was an allied Russian, Prussian, Swedish and Austrian army that smashed the French at Leipzig.

But nobody thinks Britain fought the Napoleonic Wars on its own, or that we fought Waterloo alone.

As every schoolchild used to know, the story was this: Having escaped from exile on the island of Elba in 1815, Napoleon returned to Paris, raised an army and rampaged into Belgium. Two armies stood in his way.

One belonged to Wellington, the other to Prussia’s Field Marshal Blücher. Napoleon planned to knock them out one by one.

He beat Blücher at Ligny but most of the Prussians escaped, giving them a chance of a second crack at him.

Wellington’s mission was to stand in Napoleon’s way, buying time for Blücher to bring up his forces. Had he failed, history would have turned out very differently.

With momentum behind him, Napoleon would have swept on. Thousands more troops would have rallied to his cause, and once again an exhausted Europe would have shuddered beneath the stamp of French jackboots.

But Wellington’s men held firm, just. In his own words, the British stand at Waterloo was ‘a damned serious thing … the nearest-run thing you ever saw in your life’.

This ‘hard pounding’, as he called it, was very far from the jolly pageantry of historical re-enactments.

It was a nightmare of cannon-fire and shrapnel, a hell of blood and sweat, sobbing and screaming.

Among the injured was Wellington’s second-in-command Lord Uxbridge, hit by a cannonball a few feet from his friend. 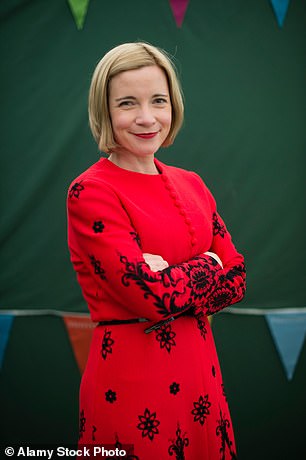 As the afternoon wore on, even Wellington feared the French might triumph. ‘Give me night,’ he muttered, ‘or give me Blücher.’

At last, at about 4.30pm, the Prussians arrived and the French collapsed. Napoleon was finally beaten for good.

None of this was ever a secret. When the war was over, Madame Tussaud’s in London put on an exhibition to honour the heroes of victory — and there was Blücher, alongside Wellington and Nelson.

It was there, too, in the Ladybird children’s books I read in the 1970s: Blücher, the Prussians, all of it.

So when Ms Worsley calls Waterloo one of ‘history’s biggest fibs’, what is she on about?

Ah, she says, but Wellington’s army wasn’t really British because it contained tens of thousands of Hanoverians, Dutchmen, Walloons and Flemings.

Yet this is naive or disingenuous. British armies had included large numbers of Germans and Dutchmen for more than a century.

Every army in the Napoleonic Wars contained thousands of men from different countries.

There were many Germans, Poles, Dutchmen and Spaniards in Napoleon’s army. So does Ms Worsley think it wasn’t French?

Perhaps she should float that argument in a Paris bar and see how she gets on.

Her most bizarre claim, though, is that we should think of Waterloo as a ‘European’ victory.

This is the most ridiculous assertion of the lot. I would guess that of the 120,000 British and Prussian soldiers who fought at Waterloo, not one would have claimed it as a victory for ‘Europe’.

Was Private Clay fighting for Europe? As he filled his flask with bloodstained water, did he dream of Continental unity?

Obviously not. He was British. He fought for Britain.

The very concept of ‘Europe’ was meaningless in 1815, except as a geographical expression.

Even the Prussians would have found the idea laughable, since they did not even have a united Germany.

In 1815 only one man believed in a united Europe: Napoleon, who dreamt of a single Continental empire — complete with uniform metric measurements — in his corrupt and clammy grasp.

It was Napoleon who fought for ‘Europe’, not Wellington.

So if you remember Waterloo on Remembrance Sunday, yes, it was a British victory. And if you still doubt it, here is one final story.

A few days before the battle, Wellington met Thomas Creevey, a visiting British politician, in the park in Brussels. Creevey asked if Napoleon could be beaten.

Wellington pointed to a figure strolling in the far distance: a British infantryman in his red coat.

‘There,’ the great man said. ‘It all depends upon that article whether we do the business or not. Give me enough of it, and I am sure.’

And he was right, thank goodness. It was a great British victory, and long may we remember it.