Dionne Warwick is a beloved singer whose career spans several decades, and the spirit of her cousin Whitney Houston lives on through her. She’s a Grammy-winning singer as well as an actress. And in the wild year that has been 2020, she took on an unlikely role: as Twitter’s comic-in-chief. 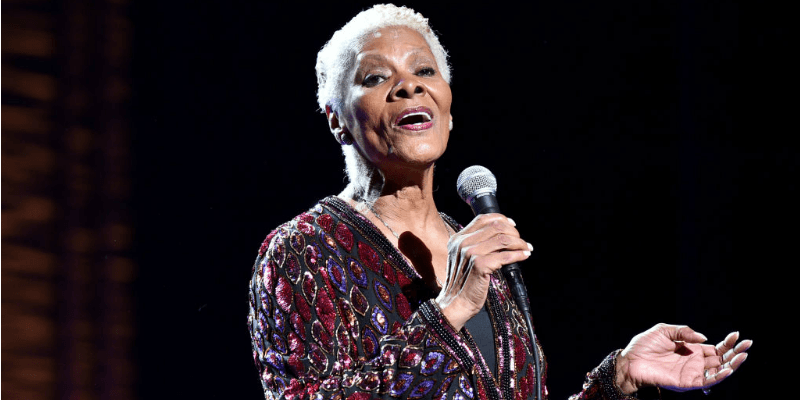 Warwick has had a Twitter account since 2012, but up until recently has only used it for professional purposes rather than regularly connecting with fans. She’s found herself at the end of several mix-ups with music stars today, such as referring to fellow Grammy winner Billie Eilish as “William Eyelash” and complimenting her “very spooky” vocals.

Warwick’s viral Twitter fame started with a tweet about Chance the Rapper. “Hi, Chance the Rapper,” she tweeted. “If you are very obviously a rapper why did you put it in your stage name? I cannot stop thinking about this.”

Her hilarious tweet prompted a response from Chance himself. “Sorry, I’m still freaking out that you know who I am,” he told the music icon. “This is amazing!”

Immediately after, Warwick came for Super Bowl halftime performer The Weeknd and the unorthodox spelling of his name, to which he replied, “I just got roasted by Dionne Warwick and I feel honored! You just made my day.”

She has also tweeted about wanting to learn more about different parts of the LGBTQ community and educating herself as much as possible, which is why she’s become more active on the social media network in the first place. “Remember, I’m here on Twitter to learn from your generation!” she said honestly. “I am from a different era. Learning about LGBTQ flags, what diversity and inclusion looks like today, how music sounds at this time… I want to learn.”

As she continues to go through this learning process, she had one request for the young people watching: “Go easy on Auntie Dionne!”

Dionne Warwick wants to have her own biopic series

Warwick’s latest tweet to light up the Twittersphere is one that has longtime fans of hers excited. She shared a video of her talking to the camera on a Zoom call.

“Now, I really gotta know this: if I did a series, would you guys really watch?” she asked. “And I want you to be honest now!”

“This is a case for Netflix,” the accompanying tweet read.

The official Netflix account replied that they were “taking notes,” and Warwick reassured them “I’ll call ya!”

The singer Dionne Warwick wants to play her

Warwick is seemingly ready to get the ball rolling on a Dionne Warwick biopic series. In addition to being down with the idea, she already knows who she wants to play her.

“Please don’t ask who I would cast to play me as it would obviously be Teyana Taylor,” her teaser tweet said.

Warwick has recently expressed her love for Taylor and her “family” resemblance to the R&B singer. She posted a photo of the “WTP” singer and said “It all runs in the family,” referring to how much Taylor looks like a young Warwick.

Taylor saw the tweet and had just one word in response: “Period.”