Home » Lifestyle » Dillian Whyte regrets swapping shorts with Povetkin after realising they are not as expensive as his £1,500 pair

DILLIAN WHYTE appeared to regret swapping shorts with Alexander Povetkin after flooring the Russian on Saturday.

Whyte flattened Povetkin in the fourth round to avenge the shocking knockout defeat he suffered last August. 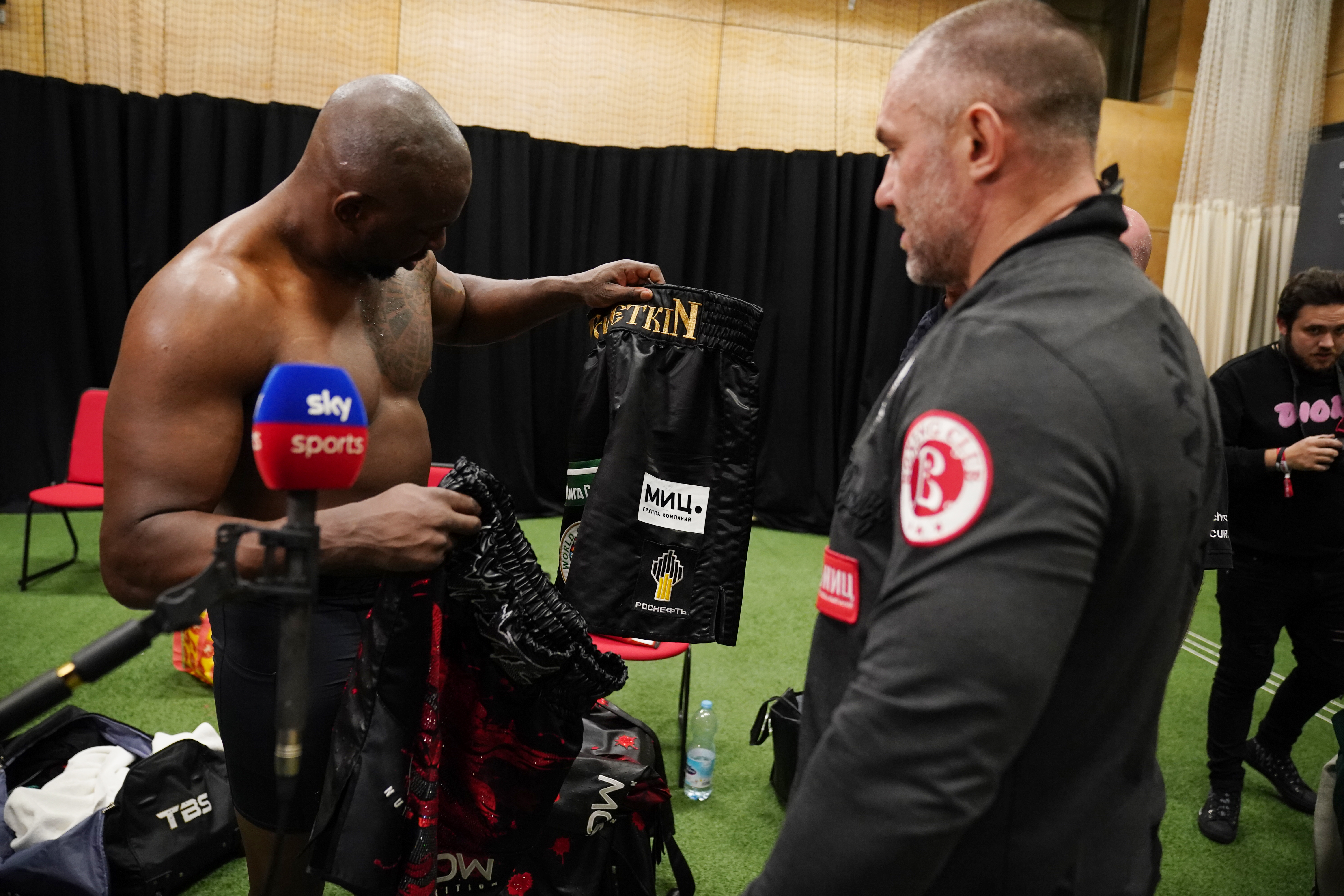 The two men exchanged shorts after the bout but the British superstar hinted that he regrets it because his opponent's trunks don't look as expensive as his £1,500 pair.

This comes after Whyte slammed promoter Eddie Hearn for handing him the ‘old’ version of the WBC belt in Gibraltar.

During his post-fight media duties, The Body Snatcher was offered the strap by Hearn, but he instantly took issue with what he received.

The 32-year-old bruiser demanded the special ‘diamond’ strap instead.

Whyte told Hearn:“This ain’t the 'diamond' belt. No it’s not.

“The one we fought for, they have swapped the belt. This is the old WBC belt.”

The WBC 'diamond' belt that Whyte referred to appears to have been either kept by Povetkin or still in the hands of the World Boxing Council.

The WBC previously described that strap as an "honorary championship" exclusively.

The WBC said a while ago: “In 2009, the WBC created its new ‘diamond championship’ belt.

“The belt was originally created as an honorary championship exclusively to award the winner of a historic fight between two high-profile and elite boxers.

“The ‘diamond’ belt was awarded in November 2009 to Manny Pacquiao, who won his sixth world title (in five different divisions) via a twelfth-round technical knockout over Miguel Cotto in Las Vegas.

“The title can be defended, but it is not a mandatory requirement. The title can also be vacated due to a fighter’s long-term absence or retirement from boxing.”