Demand for non-binary child actors is on the rise as casting directors push for more diversity on screen, talent agent claims

The demand for non-binary children is on the rise, a British talent agent has claimed.

Mr Jermin, who represents adult and child actors, told how he had recently sent a non-binary teenage client to audition for a casting director who had initially put a call out for girls.

He said: ‘We have just booked a commercial for a teenage, non-binary actor on our books, called Cam.

‘The casting director had initially asked for girls but I said I was sending this non-binary person in and once they met them, that’s the direction they went in.

‘As well as that, BAME actors and diversity in general is a really big and important thing. It’s vital to be seen on TV.

‘Whether you are gay, non-binary, or anything else, there will be opportunities now, which I’m really thrilled about.

‘We’re definitely seeing a really good shift in what they call “blind casting” which can only be a good thing.’ 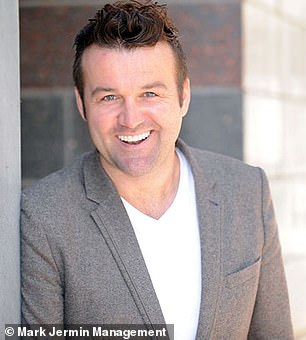 Non-binary actors including Australian star Liv Hewson of Netflix’s Santa Clara Diet and Lachlan Watson of the Chilling Adventures of Sabrina have spoken out about the importance of seeing their stories told on screen.

Mr Jermin, whose clients include Amelie Bea Smith and Benjamin Evan Ainsworth, who are starring in Netflix’s The Haunting of Bly Manor, also said casting directors are seeking out children with regional accents.

He said: ‘Regional accents are very “in vogue”. It used to be you had to talk with a plum in your mouth, but I don’t think accents or speaking beautifully is that important now – and if it is, that can be trained.’

However Covid-19 has created problems for children hoping to audition. Young stars must now rely on their parents to help them film tapes that are sent into casting directors.

Mr Jermin said: ‘You need supportive parents. There will be trips to London, changes that happen last minute, tapes that need to be sent in an hour.

‘Especially now we’re seeing so much being taped at home, and parents have to be really careful with how kids are presented.

‘They need a plain white background, and the parents themselves also need to be able to hold up their part of the conversation in any scene they’re acting out.’