The star of HBO’s Betty talks about teaching herself how to skate, relying on art to stay sane, and the key to building a good playlist. 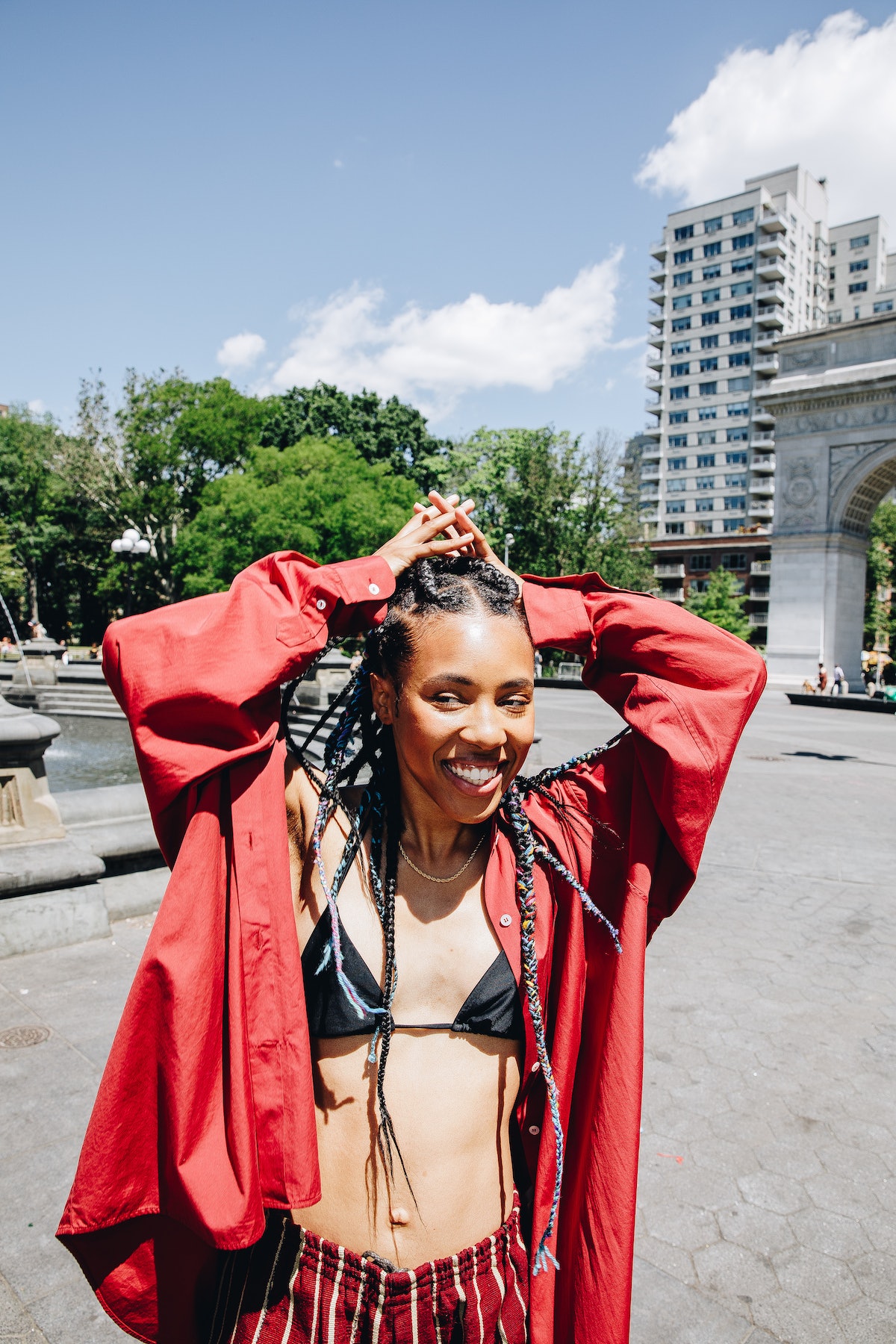 When Dede Lovelace was 14, she was not even remotely fascinated by skating. “I didn’t even know what the world of skating was,” she told me after an afternoon of skating around her old downtown haunts: Washington Square Park and the Lower East Side. “I was just a big tomboy, because I was around my dad a lot, and when I would leave school at 3 P.M. and see the boys skating, it looked like something thrilling.”

That was long before the Brooklyn native became the star of HBO’s skateboarding dramedy series Betty, based on Crystal Moselle’s film Skate Kitchen (which was inspired by the real-life skate collective of the same name). Before she was skating on screen, Lovelace was just like anyone deciding to pick up a board for the first time. She is an autodidact, which, for her, meant she was not going to be perfect at it right away. “Just learning how to ollie is the most basic trick. It’s the pre-requisite you need to know before you try to do anything else, and it took me over a year to learn,” she explained. “Even to this day, I’m still kind of trash,” she demurred with a laugh, “But I’m better.”

Eventually, she found herself in the company of some skaters who have since become good friends. Nina Moran, who plays Kirt on Betty, was a huge help for Lovelace when she felt like quitting. “It’s hard to skate,” she said. “There was a time when I really beat myself down. I was going to quit, I was like, ‘I’m not doing this, I’m not getting anywhere, I don’t want to feel like this.’ Nina talked me out of that space, brought me to the park, and I met her friends.”

Now, at 22 years old, she’s on HBO, pulling off not only feats of skating but acting as well, which was also something she never envisioned for herself. Studying photography at New York’s famed LaGuardia High School, Lovelace was constantly surrounded by performers, but as she was more on the shy side, she saw herself behind the camera. After semi-reluctantly being pushed into acting, she has found peace with it. “It’s helped me connect to my inner child and gain my confidence back,” she said. “I am way more comfortable.”

In the second season of Betty, that growth into a deeper comfort in front of the camera is palpable. Her character, Janay, was introduced as the vlogger of the skate crew and has since put her YouTuber days behind her to focus on community organizing. She even finds herself in a confusing romantic entanglement with one of the guys in her skate crew. The second season was filmed during the Covid-19 pandemic, incorporating masks and social distance protocols into the story. “Working with everybody on Betty, we were all there with the common understanding that we want to get this done and we’re excited to have the opportunity to be able to be here, so let’s do our best,” Lovelace explained.

In addition to art therapy, which has always been an interest for Lovelace—who spends her free time visiting galleries and museums and scrolling social media to discover art talks—she also likes to put together playlists. She is reticent to call herself a DJ, though it was an activity she depended on before acting to make money here and there. “I make playlists for fun,” Lovelace said, citing Fela Kuti and Sault as some of her favorite artists. “It’s a great range of music with sounds all over the place.”

“This year was really hard for everybody,” she said. “But I think we just have to figure out how to take our pain and those unfortunate circumstances and use them as motivation. So that’s what I tried to do,” she said, citing skating as one of the methods she employed to stay sane in the past year. Lovelace also maintains clarity by sticking to a very regimented schedule, which includes waking up at 6 A.M. to pray and meditate, followed by journaling and drinking tea. Then, she works out and starts painting. “That’s what helps me understand everything else,” she went on. “After that, I get into my work—but that beginning portion of my day between the art and waking up is what helps me center myself.”