Home » Lifestyle » David Clifford is going to have to learn not to react, says Kieran Donaghy 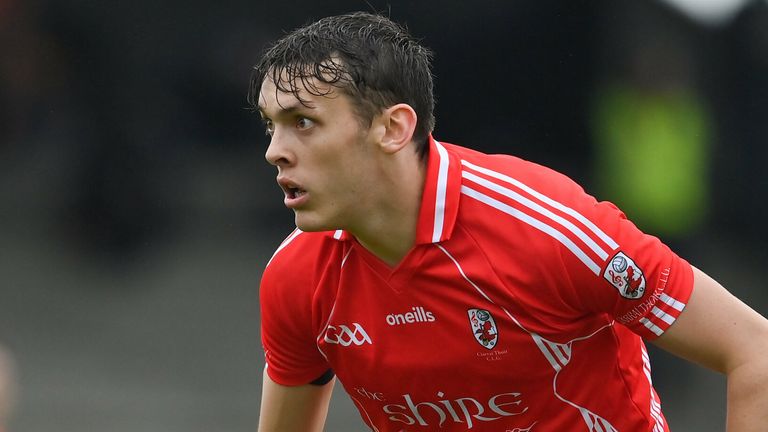 David Clifford endured a mixed afternoon on Sunday, as his goal helped defending champions East Kerry in the county semi-finals, but he was subsequently shown a red card for an off-the-ball encounter.

The 21-year-old Kerry senior captain reacted to an incident, and was given his marching orders.

“It is tough on David. He was also sent off last year,” said Kieran Donaghy, speaking on Inside The Game, in conversation with Peter Canavan and Bernard Brogan.

“I think Peter, Bernard and myself can vouch, when you’re an inside forward, you are targeted. He’s been targeted non-stop whether it’s playing with Kerry, or with his club Fossa, or obviously playing with East Kerry.

“The incident was unfortunate. He was running down the pitch, they were up a point. He was trying to get on the ball. A man meets him on the 45, grabs him around the neck. And he [Clifford] pulls him in and lifts his leg to get him off him. And unfortunately it’s often the reactor who’s caught up in these situations.

“Probably the refs could do with a lot more help from umpires and linesmen on who’s actually starting these altercations, because you’ve got a forward who’s running down the field to try and get on the ball and kick an insurance score. And he’s met by someone who is not even looking at the ball, that plays him off it. But look, that’s par for the course. David’s going to have to learn, and he will learn, when you’re being targeted that much in games.” Canavan was in full agreement.

“I just have to concur with everything that Kieran just said regarding this business with holding onto players off the ball,” said the Tyrone native.

“Clifford is a key man in Kerry, and county football will be the same. It’s happening all over, whereby key players, it’s too easy for them to be taken out of the game. Inevitably they react, or try to free themselves, and they’re the ones that end up getting sent off.