AFTER all the talk of John Herdman and his nuts before the game, three nutmegs during it left his side’s World Cup campaign well and truly knackered.

An incensed Croatian newspaper had mocked up the Canada boss wearing nothing but two maple leaves, covering his mouth and manhood, on Friday. 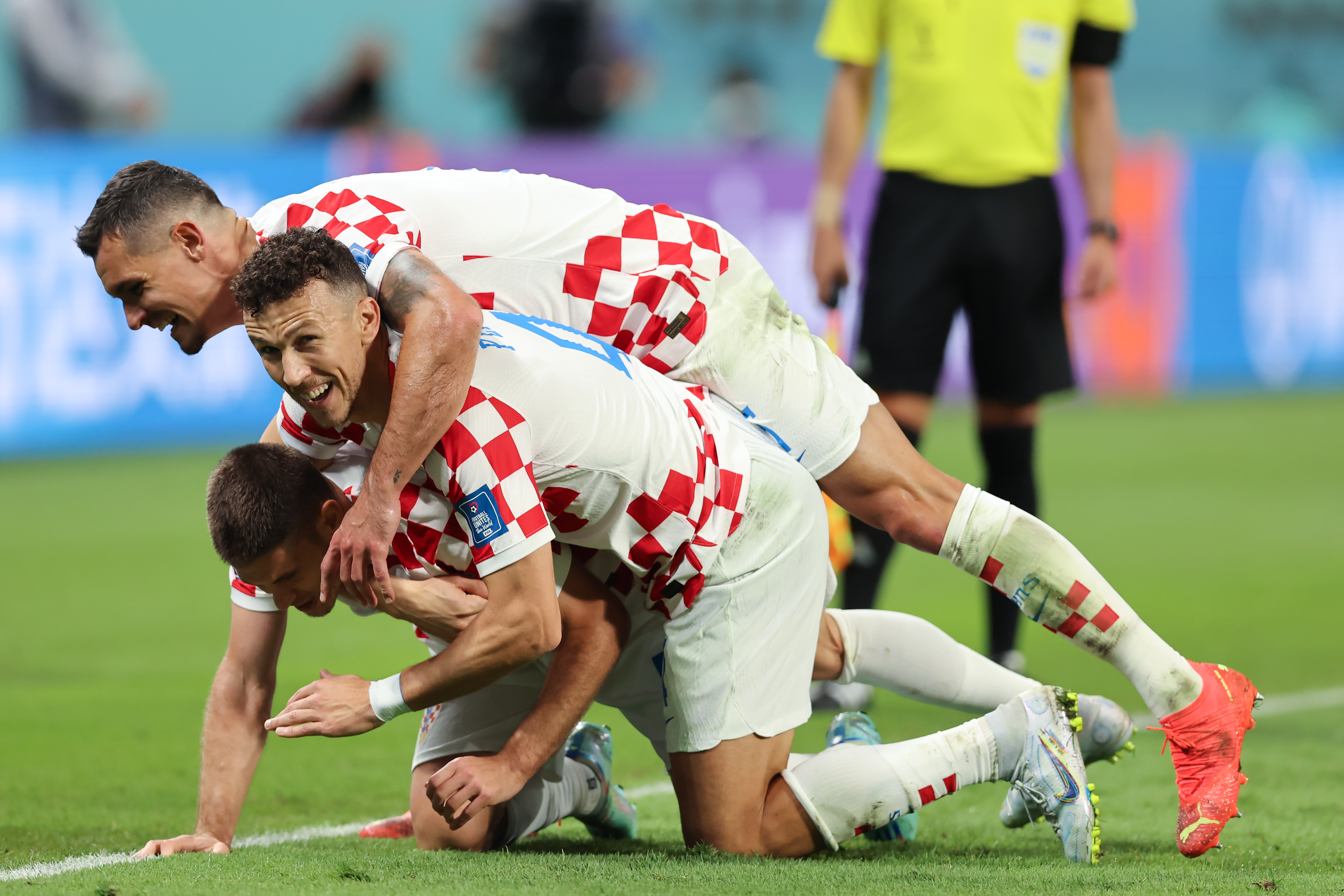 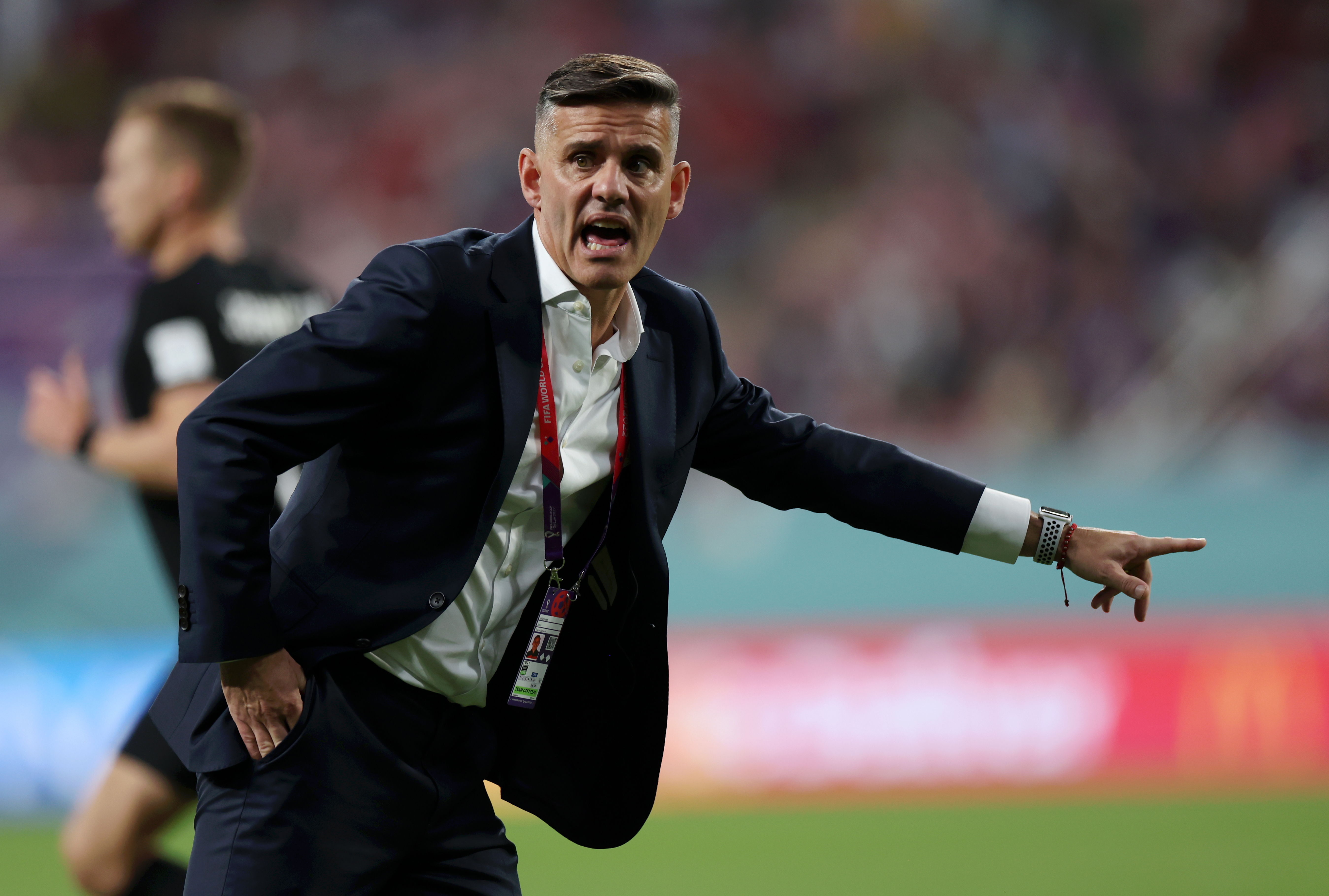 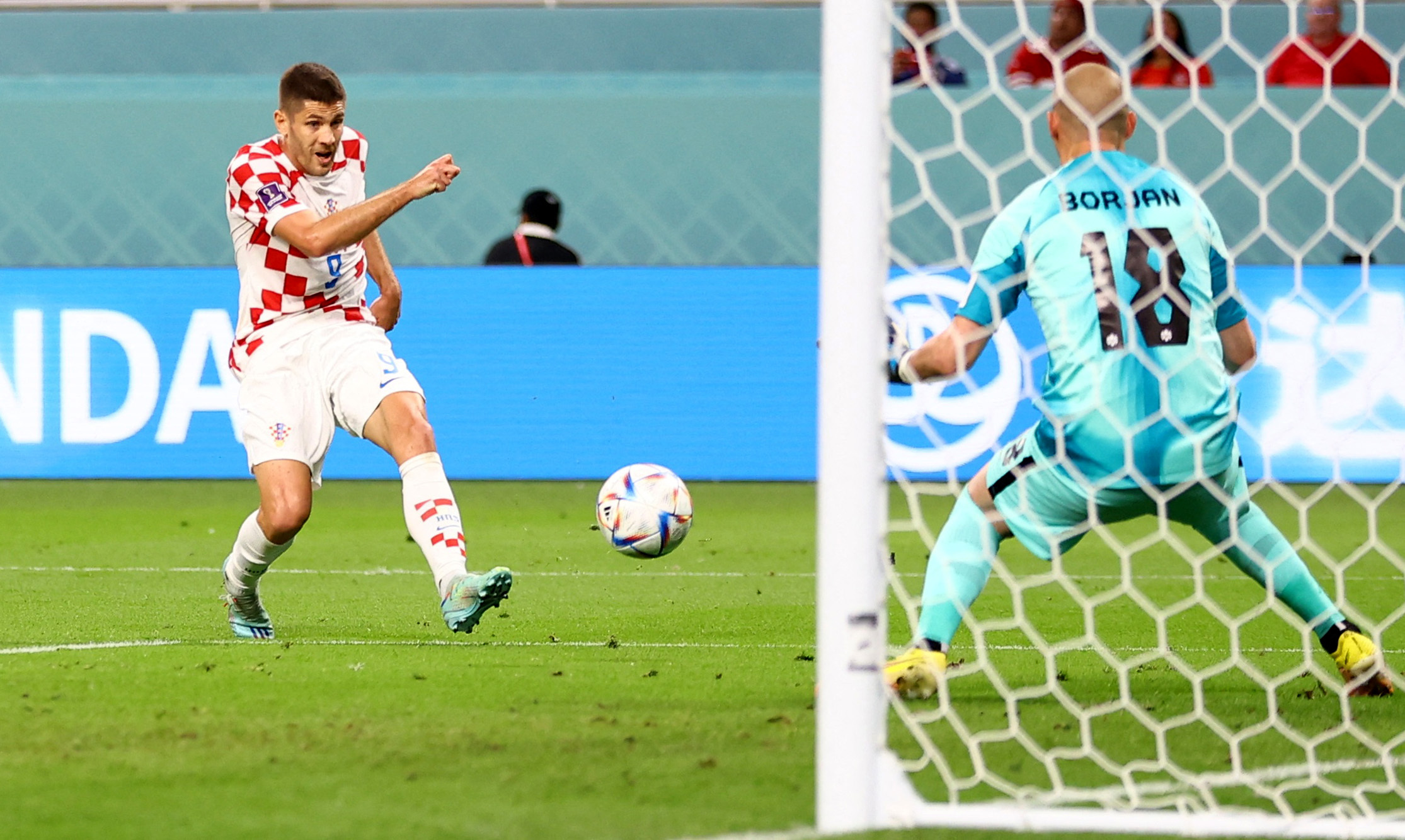 It was in response to Herdman’s comments that his side were going to “eff Croatia” following his side’s unlucky defeat to Belgium.

The eye-catching front page came with the caption “You have the mouth but do you have the balls as well?”

The Englishman’s team certainly looked like they did when star man Alphonso Davies headed them in front on 67 seconds – the fastest goal of the tournament so far.

But Croatia, who finished as runners-up in Russia four years ago, turned things around before the break with two goals assisted by passes through a Canadian’s legs. 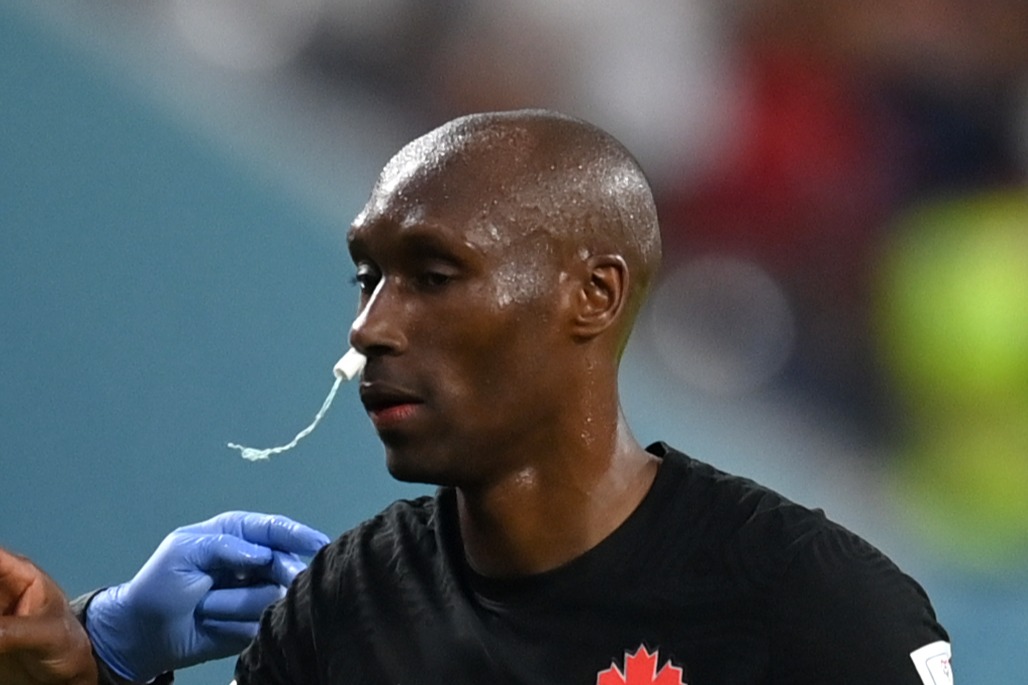 Tottenham’s Ivan Perisic made Celtic-bound right-back Alistair Johnston look silly for the first one, teeing up Andrej Kramaric who slotted into the corner.

Then it was the turn of Chelsea midfielder Mateo Kovacic to poke the ball in between the legs of centre-back Steven Vitoria, allowing Marko Livaja to belt it into the corner.

Kramaric put the game beyond doubt after the break by firing a shot that nutmegged centurion midfielder Atiba Hutchinson on its way in.

The defeat dumped Herdman’s side out of the competition with only two games played.

It is a shame given their exciting approach and red army of raucous fans have been one of the highlights of this tournament – not that the Croats will show any sympathy.

The game had started so well too for Herdman’s side as Bayern Munich ace Davies leapt like a salmon to meet Tajon Buchanan’s delivery and powered home a header.

But Croatia are not ones to panic when going behind, as England know only too well from that semi-final heartbreak against them at Moscow’s Luzhniki Stadium in 2018.

Kramaric thought he had levelled with an excellent solo goal only to see it chalked off as Livaja was offside in the build-up.

Ex-Leicester flop Kramaric did not have to wait too much longer though to restore parity.

On 36 minutes, Perisic’s clever, reverse pass went through Johnston to Kramaric who had the time and space to pick his spot.

Eight minutes later the turnaround was complete. Kovacic rolled the ball to Livaja, via the gap between Vitoria’s legs, and the centre-forward did the rest from the edge of the area.

One of them, Toronto midfielder Jonathan Osario, came within a whisker of an equaliser when his 25-yard shot drifted agonisingly wide.

Ligue Un champion Jonathan David then went even closer from distance, but Croatian keeper Dominik Livakovic was alert to the danger and palmed his effort over.

Kramaric missed the chance to kill the game for good when failing to beat the keeper from ten yards after meeting Luka Modric’s cutback.

But Croatia’s No9 did have his second with 20 minutes to go when expertly controlling Perisic’s cross and finding the corner.

The strike nutmegged 100-cap Hutchinson as it went in to send Herdman’s side home with their tails – and the ball – between their legs.

Croatia rubbed salt in Canada's wounds when sub Lovro Majer finished off a blistering counter-attack in stoppage time – though this time there was no nutmeg.