SPRING may still feel like a lifetime away but that hasn't stopped Costa Coffee launching its new menu – and it includes a chocolate Rolo muffin.

One for those with a sweet tooth, the baked treat is filled with caramel sauce and topped with a sticky caramel icing and mini Rolos. 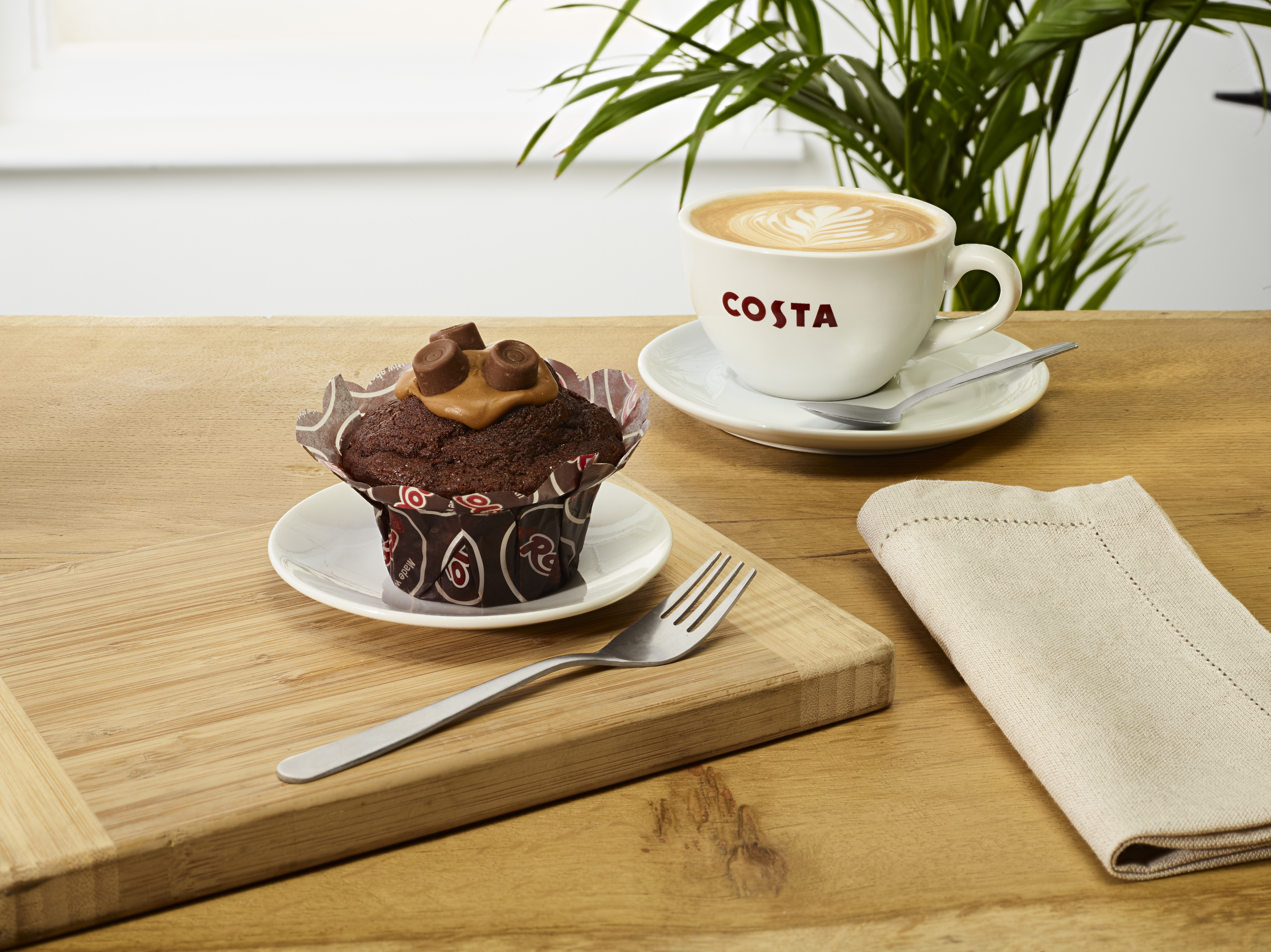 In terms of food, the coffee chain is launching an all-day breakfast sandwich, made up of sausage, egg and bacon.

COSTA launches its spring menu today, March 5 – here's all the new and returning items that you'll find in stores today.

The coffee chain has also revealed its ruby cocoa hot chocolate will be staying on the menu for a bit longer.

If you've yet to try it, the berry-flavoured drink gets its pink colour from the ruby cocoa bean and is priced at £3.35.

It was originally only meant to be on the menu until today but Costa has extended its stay, although it hasn't said until when.

The Terry's Chocolate Orange muffin is also coming back after a successful launch in Christmas 2019.

Costa Coffee says its spring menu will be around for a limited time but couldn't give The Sun an exact date for when it'll end.

We've asked the hot drink giant how many calories each of its new products contain and we'll update this article when we get a response.

We do know the ruby cocoa hot chocolate has 360 calories and a whopping 22g of sugar.

The average UK adult is recommended to consume no more than 30g of sugar a day, while men shouldn't have more than 2,500 calories.

The price you’ll pay for your Costa varies from store to store, so do keep that in mind when ordering.

Costa has almost 2,500 branches in the UK and you can find your nearest one by clicking here.

Costa Coffee recently ran a competition where you could win a ruby worth £5,000.

The coffee chain released an Irish coffee-inspired range back in December – did you get a chance to try it?

Costa Coffee gave out free hot drinks last November via their self-service touch-screen machines – but it caused carnage when they broke down.