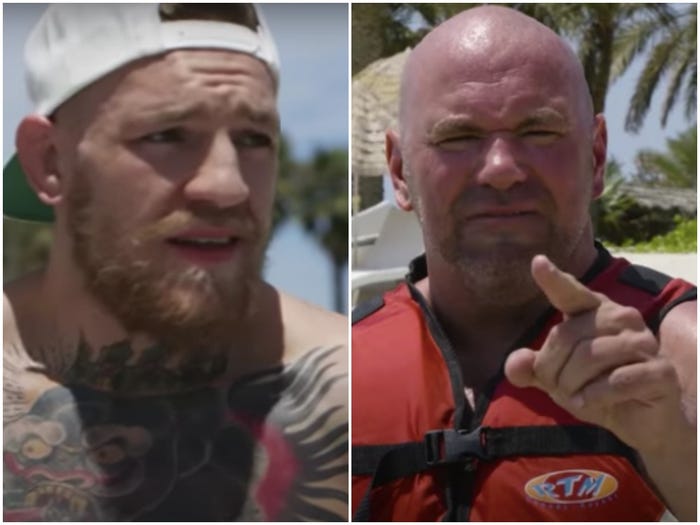 ESPN reported that Dustin Poirier has signed a bout agreement that commits him to a January 23 date against McGregor.

The lightweight bout would headline the third residency on the UFC's acclaimed Fight Island — a quarantined bubble on Yas Island which the Abu Dhabi tourism board built in conjunction with the UFC so that the world's leading mixed martial arts firm could hold international events during the ongoing coronavirus pandemic.

White remains apprehensive about confirming plans for an event in two months' time considering the current COVID situation means things can change at a moment's notice.

But he did say the company will be returning to the Middle East after a lengthy stint at the UFC Apex in Las Vegas.

"January 23 on Fight Island, if everything goes according to plans. There are a ton of ifs right now. I have to see where the world is at in the next couple of months," White told ESPN.

Having McGregor in Abu Dhabi would elevate the Fight Island brand once again, providing the UFC with a marquee match that it can build events around.

Though he did not mention Fight Island, McGregor said on Instagram that he is looking forward to showcasing his full skillset against Poirier, which will be a rematch of a 2014 fight the Irishman won by knockout.

"I look forward to the fresh test Dustin will bring since our first bout, while also showcasing my own incredibly deep cache of weaponry," he said. "Whatever tool is needed on the night will be pulled from the duffel."

The Poirier match will be McGregor's first since he destroyed Donald Cerrone in a 40-second win at UFC 246 in January 2020.