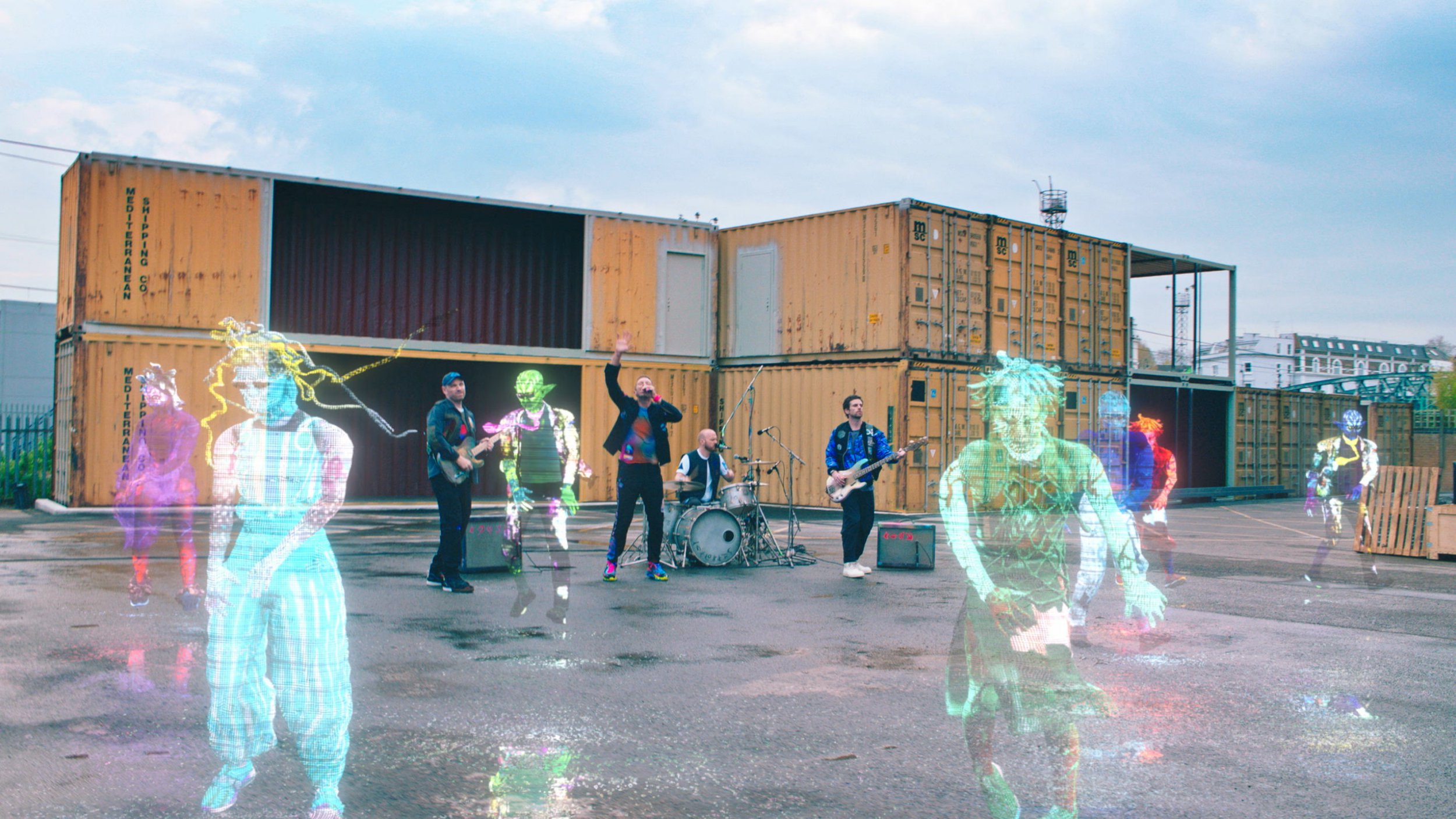 Coldplay have really outdone themselves after debuting their new song, Higher Power, in space.

Chris Martin, Will Champion, Guy Berryman and Jonny Buckland dropped their latest single on Friday morning and it was no ordinary premiere.

The British band enlisted the help of French astronaut Thomas Pesquet for the out of this world stunt, which saw the track being played on the International Space Station (ISS) before being beamed back to Earth via satellite, or, ‘extraterrestrial transmission’ as Pesquet called it.

Of course, Coldplay weren’t able to travel on the ISS themselves – maybe they’re saving that for the next album – but they did get a tour of the spacecraft via video link courtesy of aerospace engineer Pesquet.

In an interview with the astronaut, Chris said: ‘Right now we aren’t able to play for anybody on Earth, so we thought we’d just play for you. It’s like our one-man concert.’

Higher Power is produced by Swedish songwriter and producer Max Martin and the music video sees the band performing the song in front of shipping containers with hologram aliens dancing in front of them.

The musicians joked last week that the track had ‘arrived on a little keyboard and a bathroom sink at the start of 2020’.

Coldplay have a busy schedule coming up as they’re set to perform on American Idol on Sunday before reportedly opening the Brit Awards on Tuesday.

However, the awards ceremony performance will be on slightly steadier ground as it’s reportedly due to take place on the River Thames.

Teasing their performance, a source previously told the Mail Online: ‘Coldplay have been planning this performance for months.

‘They wanted nothing more than to return with new music at The Brit Awards but due to coronavirus – and the risk of bad weather – some parts of the ceremony have been pre-recorded.’

The band will also take part in Glastonbury’s Live at Worthy Farm in June, in place of the festival which was cancelled again due to the pandemic.