An orbiter, constructed by Airbus in Stevenage, has been getting up close and personal with the Sun. The probe, known as the Solar Orbiter and managed by the European Space Agency (ESA), was launched in February 2020 and is now just 77 million kilometres from the Sun. Although that may seem like a sizeable distance, the spacecraft has managed to snap the closest-ever images of the Sun, complete with minute details which scientists had never seen before.

One such detail are small flares, which are much smaller than solar flares which experts are accustomed to.

According to the ESA, these flares may be “nanoflares” – relatively tiny flares which the Solar Observatory will use its Spectral Imaging of the Coronal Environment (SPICE) instrument to observe.

Dr David Long (UCL Mullard Space Science Laboratory), Co-Principal Investigator on the ESA Solar Orbiter Mission EUI Investigation, said: “No images have been taken of the Sun at such a close distance before and the level of detail they provide is impressive.

“They show miniature flares across the surface of the Sun, which look like campfires that are millions of times smaller than the solar flares that we see from Earth. 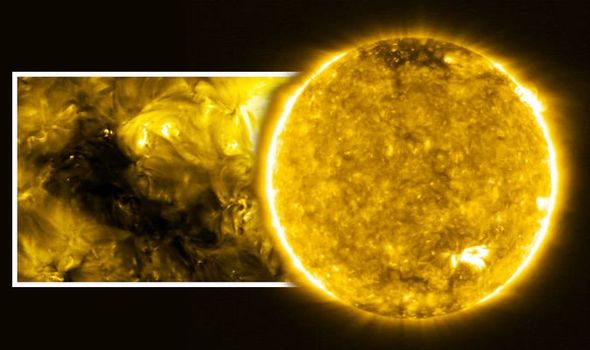 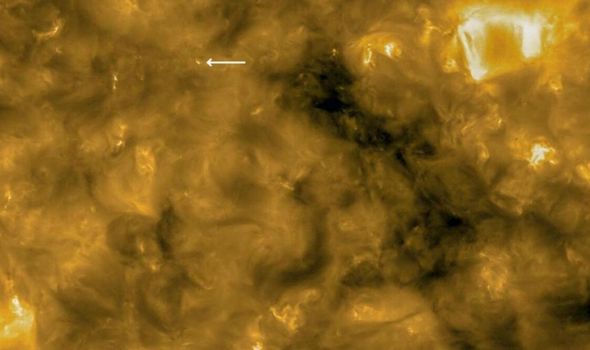 “Dotted across the surface, these small flares might play an important role in a mysterious phenomenon called coronal heating, whereby the Sun’s outer layer, or corona, is more than 200 – 500 times hotter than the layers below.

“We are looking forward to investigating this further as Solar Orbiter gets closer to the Sun and our home star becomes more active.”

Dr Andrzej Fludra, the SPICE Instrument Consortium lead and a Co-Principal Investigator from Science and Technology Facilities Council’s (STFC) said: “We are delighted to see the first spectra and images from SPICE. They promise to solve the outstanding questions about the dynamic processes and composition of the Sun’s atmosphere.

“Spectroscopy is a powerful tool for the diagnostic of fundamental processes in hot plasmas. Each spectral line gives us a piece of the puzzle – combining information from all lines reveals the amazing complexity of the atmosphere.” 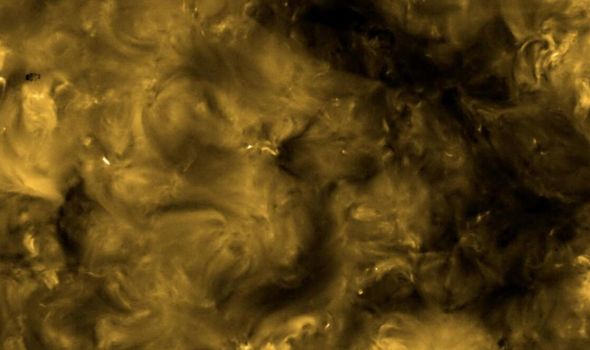 By analysing the close-up images of the Sun, experts will be able to piece together the history of our solar system.

On top of that, scientists will be able to better prepare for potentially damaging solar storms. Solar winds can heat the Earth’s outer atmosphere, causing it to expand.

This can affect satellites in orbit, potentially leading to a lack of GPS navigation, mobile phone signal and satellite TV.

Additionally, a surge of particles can lead to high currents in the magnetosphere, which can lead to higher than normal electricity in power lines, resulting in electrical transformers and power stations blowouts and a loss of power. 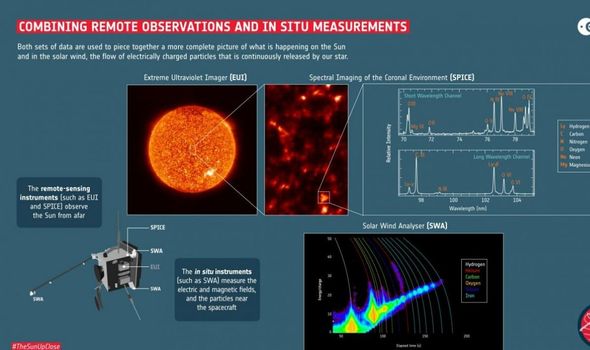 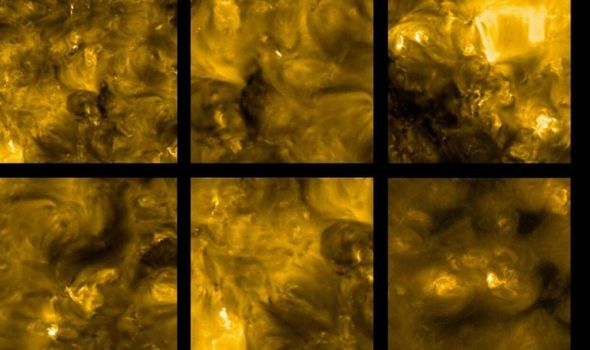 A statement from the UK Space Agency, which is helping to manage the Solar Observatory, said: “These discoveries will help scientists piece together the Sun’s atmospheric layers – knowledge that is vital for our understanding of how it drives space weather events, which can disrupt and damage satellites and infrastructure on Earth that our mobile phones, transport, GPS signals and the electricity networks rely on.

“Occasionally, the Sun erupts giant amounts of particles known as coronal mass ejections. When such an eruption slams into Earth’s magnetic field, it generates surges of electrical current.

“Solar scientists do not have reliable ways to predict such an eruption. The largest one known to hit Earth was the Carrington event in 1859, named after one of the people who observed an intensely bright spot on the Sun where the eruption occurred. The surge caused some telegraph wires to catch fire.

“A similar event today could potentially cause not only continentwide blackouts, but also destroy giant transformers on the electric grid — damage that might take months or years to repair.

“Satellite services such as communications, navigation and Earth observation supporting wider industrial activities are worth £300 billion to the UK economy, and this mission through discoveries like ‘camp fires’ could herald breakthroughs that help protect this infrastructure.”