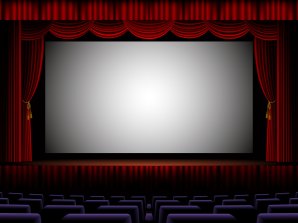 Cinema attendances are down, and new films are beginning to dry up due to the coronavirus.Credit:AFR

That "inevitable next step" was closure, he conceded. Though far from desirable for the business in the short term, it would at least enable operators to trigger a range of measures in the knowledge that the decision had been taken out of their hands, which has implications in terms of liability and casual staff being able to access benefits.

Another operator said discussions with landlords about rent freezes and other options would begin in earnest as soon as the government made the call to shut down.

Independent Cinemas Australia CEO Adrianne Perotic said these are "turbulent times" for the industry, especially beyond the major cities.

"More than 60 per cent of independent cinemas are located in our regional areas employing local people, many still reeling from the summer's fires," she said.

"ICA is working hard to ensure support is available so that regional towns especially still have a local cinema providing a valued social and cultural service when the crisis is over." 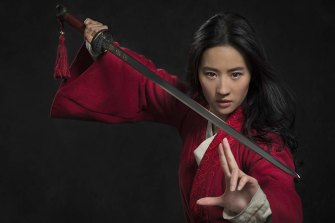 Mulan’s premiere in Australia was halted due to coronavirus.

The cinema business is in crisis globally. At the height of its coronavirus outbreak, China ordered 70,000 theatres across the country to close; more than $US2 billion has been wiped from the Chinese market, the second-largest in the world (behind only North America).

Cinemas in Spain and Italy have been shut for weeks. On Monday, Germany ordered all cinemas to close. New York and Los Angeles closed their cinemas on the weekend, and major US chains are voluntarily closing across the country.

The repercussions of all this could be felt long after the health crisis has passed.

Universal Pictures announced overnight that it would rush-release a number of titles currently playing in cinemas to home entertainment, and would release a number of forthcoming titles to cinema and video-on-demand platforms simultaneously in the US and Europe.

Typically titles are released exclusively to cinemas in a 90-day "release window".

The studio issued a statement on Monday, US time, indicating this was a temporary measure.

"NBC Universal will continue to evaluate the environment as conditions evolve and will determine the best distribution strategy in each market when the current unique situation changes," the statement said.

It is as yet unclear what will happen with Universal's release slate in Australia, though its big-budget Fast and Furious and James Bond movies have been moved to later dates, with a mind to theatrical distribution. The company announced late on Tuesday that its animated family movie Trolls World Adventure, which was due for release on Thursday, will now be released in September.

This is, however, precisely the sort of shift cinema operators have dreaded since Netflix made Roma available in a brief two-week window prior to its release on the platform in 2018.

Should the collapse of release windows outlive the inevitable and temporary shutdown, COVID-19 might yet claim another victim.