Chrissy Teigen has opened up again about her struggles with body image as a swimsuit model.

The 34-year-old spilled on parenting, plastic surgery, mental health and more in a candid interview with Glamour UK, reflecting back on the difficulties and pressures she faced with her weight during her modeling days in her twenties.

“That was my entire career, doing weigh-ins. With model agencies, it was normal to get measured too, and I did it myself mainly, so when you had direct bookings without castings, [the clients] knew what they were getting,” she said.

“There were jobs I would turn up to and they would say my measurements were off and it was the worst feeling to be kicked off the job.”

She said she was let go from three jobs during her career, but one particularly hurtful incident stuck with her.

A client had booked her directly, Teigen said, without first setting up a meeting.

“I had half my make-up done and they asked me to get up and take a few photos, to test the light. But they sent [the pictures] to my agency and the client fired me on the spot,” she said.

“I didn’t do any jobs without first going to a casting meeting for years after that.” 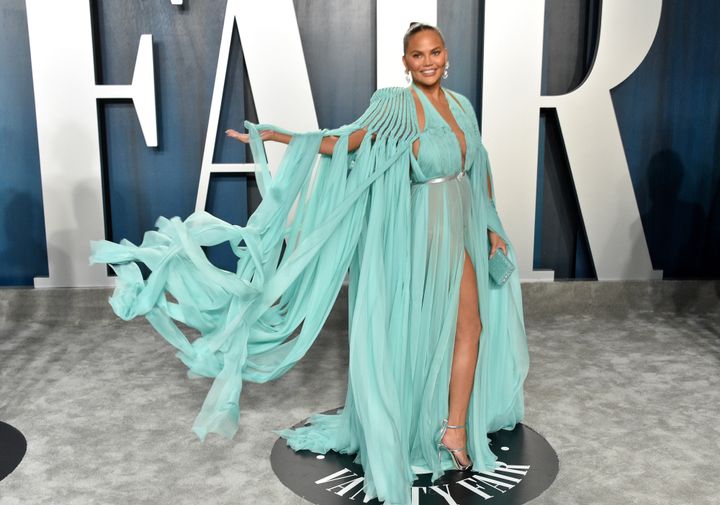 Teigen was discovered in a California surf shop when she was 18 years old, and went on to model internationally for dozens of brands and magazines, host and feature on television programs such as “Model Employee” and “Lip Sync Battle,” before going on to become a successful cookbook author.

She has two children, Luna, 3, and Miles, 1, with her husband John Legend, and has been vocal about body positivity, postpartum health and motherhood.

Now, in her mid thirties, Teigen said she’s moved past criticizing her body the way she did for “decades.”

“I used to weigh myself every morning, afternoon and night. I knew what the scales would say after each meal. I did that for eight years and had this one weight I wanted to be at,” she said.

After two pregnancies, she learned to become comfortable with her “new normal number.”

“I do look at [my body] in the shower and think, ‘Arghhh, these kids’. But I don’t take the aesthetics so seriously now,” she said.

“It’s very fulfilling not having that pressure of putting on a swimsuit and looking good for a magazine while running around a beach, which I did when I was modeling.”