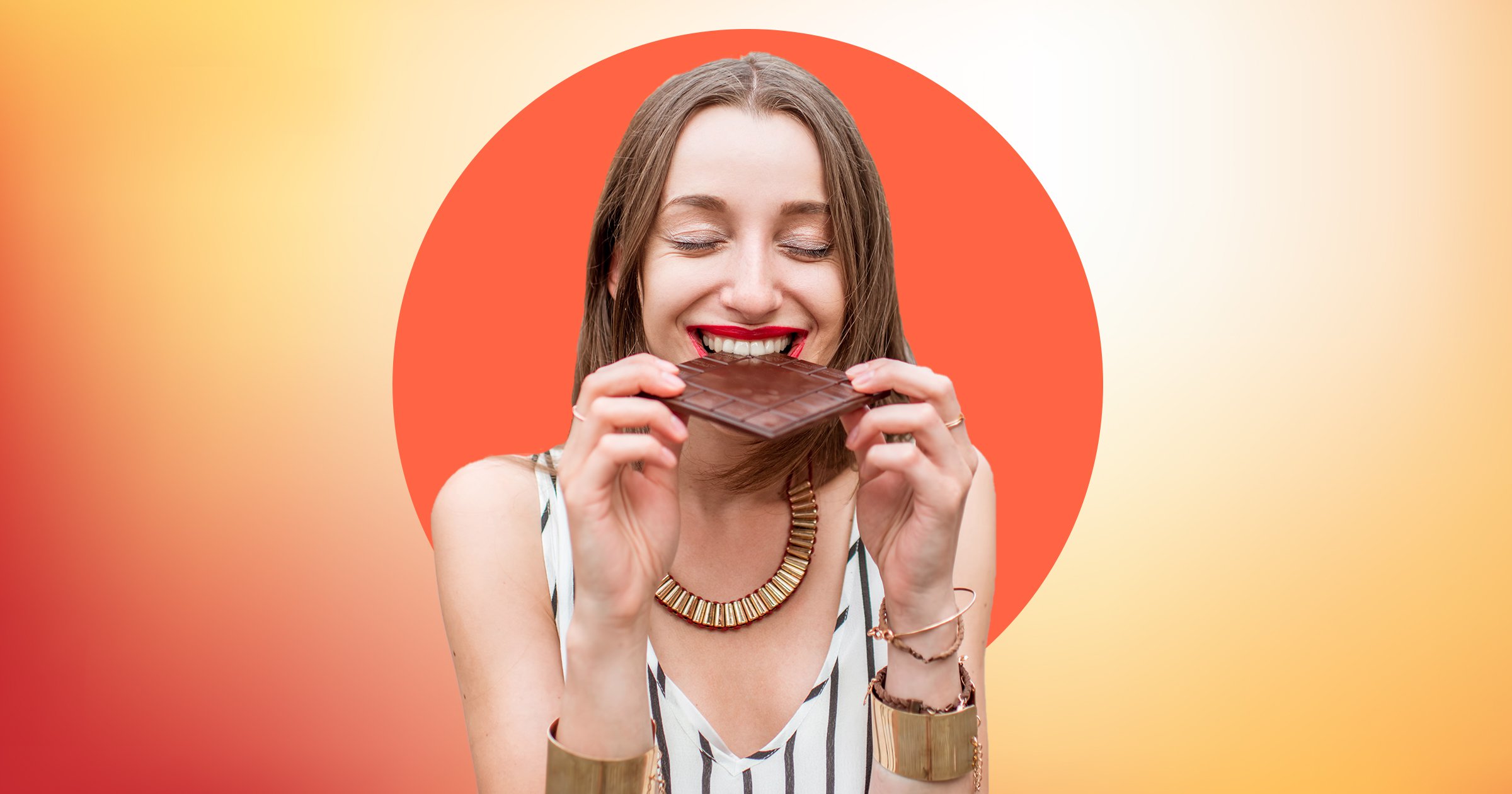 Reaching for a bar of milk chocolate first thing in the morning may not be everyone’s idea of healthy eating.

But a study from the US has suggested it may not be all that bad.

The researchers say having chocolate for breakfast could have ‘unexpected benefits’ by helping you burn body fat.

The idea is the chocolate fires up your metabolism and gets you burning fat as well as decreasing blood sugar levels over the course of the day.

Scientists in Boston, Massachusetts gave 100g of milk chocolate to 19 post-menopausal women within one hour after waking up and one hour before bedtime.

The trial was randomized and controlled and the researchers then compared weight gain and other measures against those that had no chocolate intake.

‘Our findings highlight that not only ‘what’ but also ‘when’ we eat can impact physiological mechanisms involved in the regulation of body weight,’ said Frank A. J. L. Scheer a neuroscientist at the Division of Sleep and Circadian Disorders, Departments of Medicine and Neurology at Brigham and Women’s Hospital.

Marta Garaulet, a visiting scientist also at Brigham and Women’s Hospital added: ‘Our volunteers did not gain weight despite increasing caloric intake.

‘Our results show that chocolate reduced ad libitum energy intake, consistent with the observed reduction in hunger, appetite and the desire for sweets shown in previous studies.’

The reason chocolate could actually be beneficial is because of beneficial chemicals called flavanols found naturally in cocoa that increase fat oxidation.

However, the study was limited to post-menopausal women. So, unsurprisingly, more studies should be performed on men and younger women to confirm is this is universal.

Until then, we’d gently suggest a breakfast offering a combination of protein and carbs without the excess sugar and fat.