CHELSEA star Thiago Silva revealed he is suffering from a 'terrible headache' thanks to the Premier League's 'non-stop aerial duels and very high pace'.

The veteran Brazilian defender, 36, arrived at Stamford Bridge for free from Paris Saint-Germain over the summer and signed a one-year deal. 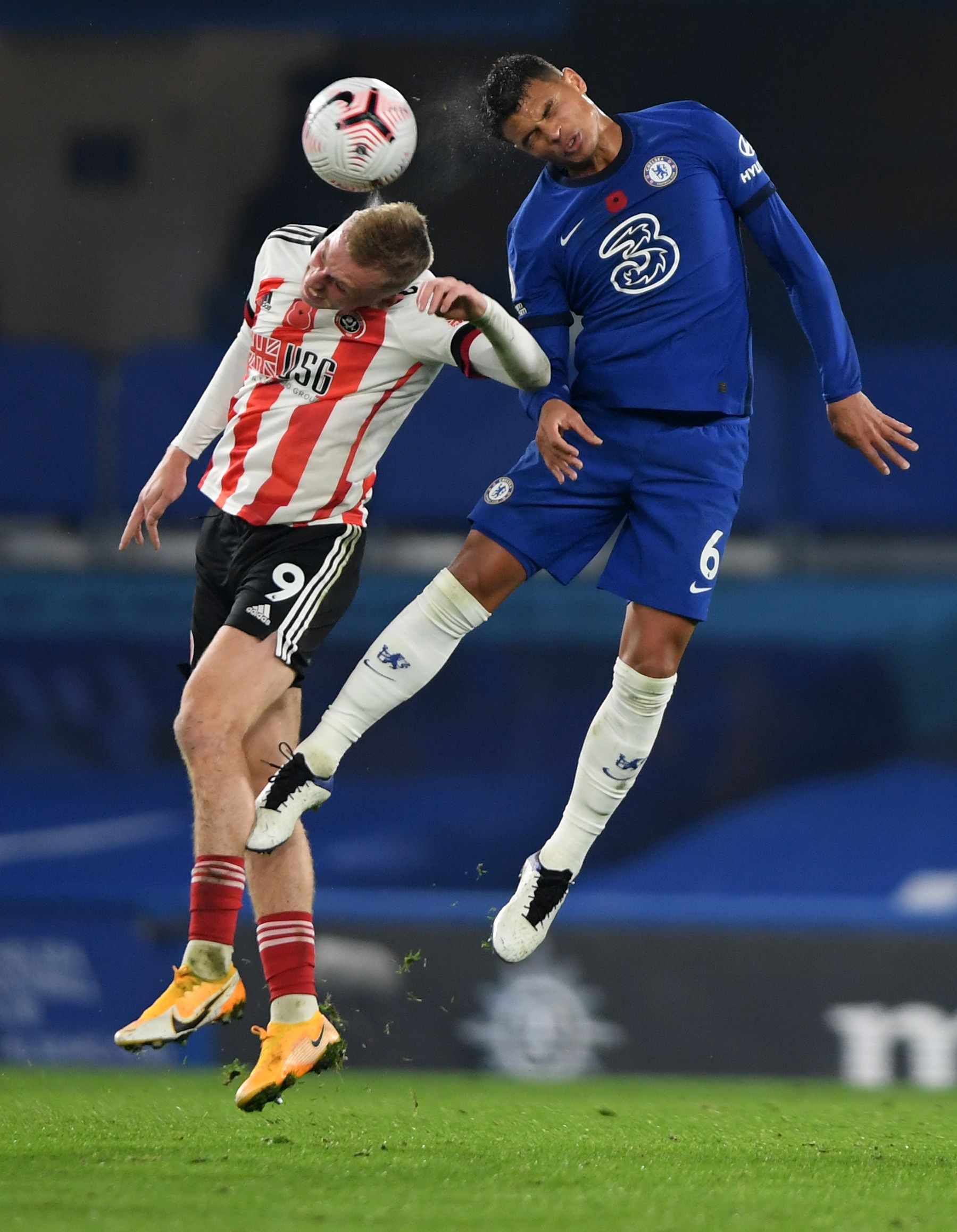 As reported by The Athletic, Silva said: "After my last two games, I’ve had a terrible headache because there are non-stop aerial duels and a very high pace of play."

Silva headed home Chelsea's third goal in a convincing rout of the Blades at home on Saturday that Lampard labelled his side's best performance of the season so far.

It was his first goal for the Blues and marked a solid start to his first few months in West London.

Silva captained the side on his Prem debut against promoted West Brom in September but began terribly.

And the skipper on the day had a personal nightmare when his calamitous slip allowed Callum Robinson to fire West Brom's second past Willy Caballero.

But experienced Silva bounced back with three consecutive clean sheets in his next three Prem appearances with wins over Crystal Palace and Burnley plus a draw at Old Trafford.

Silva has conceded four goals in five league games, with three clean sheets and one goal.

He was rested for Chelsea's Champions League game away at Krasnodar but started at home against Sevilla and Rennes – helping his side to another two clean sheets.

The addition of former AC Milan star Silva and ex-Rennes shot-stopper Edouard Mendy has helped Lampard fix his leaky defence after his side conceded the most goals in the top half of the Premier League last season.

And boss Lampard also revealed Silva is improving off the pitch after making positive strides forward in his effort to learn English.