CADBURY is bringing out THREE new Dairy Milk flavours this month, including coconut, blueberry and honeycomb – but only one will be made permanently available.

The new chocolate bars – Coconutty, Out Of The Bluberry and Crunchy Honeycomb – are part of Cadbury's inventor competition. 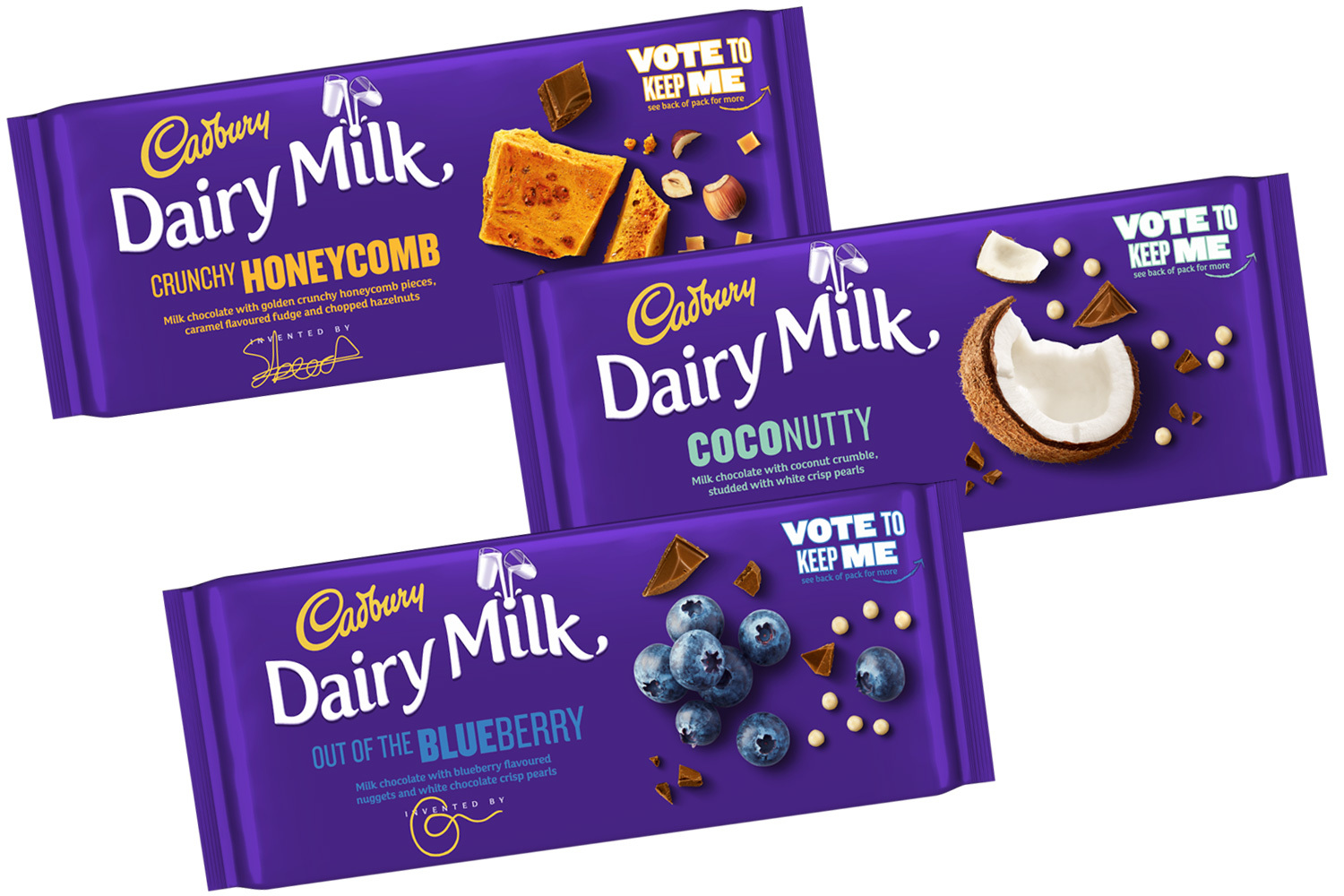 Fans will now have to vote for which one they want to keep permanently on supermarket shelves, meaning two will only be around for a limited time.

The bar was created by Gillian, 36, who says she designed the new Dairy Milk treat for her children.

Next up is Dairy Milk Out Of The Blueberry, which is made of milk chocolate with blueberry-flavoured nuggets and white chocolate crisp pearls.

This one was designed by mother-of-two Taylor, 24, from Leeds, who says her son is "obsessed" with blueberries.

Created by 19-year-old student Shannon from Nottingham, the bar is said to have an "extra sweet" flavour thanks to the caramel fudge.

Once you've tried each flavour, you'll then need to vote for which one you want to stick around.

Cadbury Dream bars are back in the UK but you can only buy them in B&M.

The Sun has previously rounded up our favourite chocolate bars that you might remember from your childhood.