BTS lit up tonight’s Grammy Awards ceremony with an explosive performance of their hit “Dynamite”.

Dressed in cream, burnt orange, forest green, and golden yellow suits, the mega K-pop group delivered an electric set with flawless choreography and infectious joy. While their performance began in a studio, they ended on a high note, taking over a city rooftop for the big finish.

BTS were nominated for their first Grammy this year, in the running for Best Pop Duo/Group Performance for “Dynamite,” but Ariana Grande and Lady Gaga ultimately took home the trophy for their collab, “Rain on Me.” Other artists nominated were Taylor Swift and Bon Iver (“Exile”), Justin Bieber and Quavo (“Intentions”), and J Balvin, Dua Lipa, Bad Bunny, and Tainy. 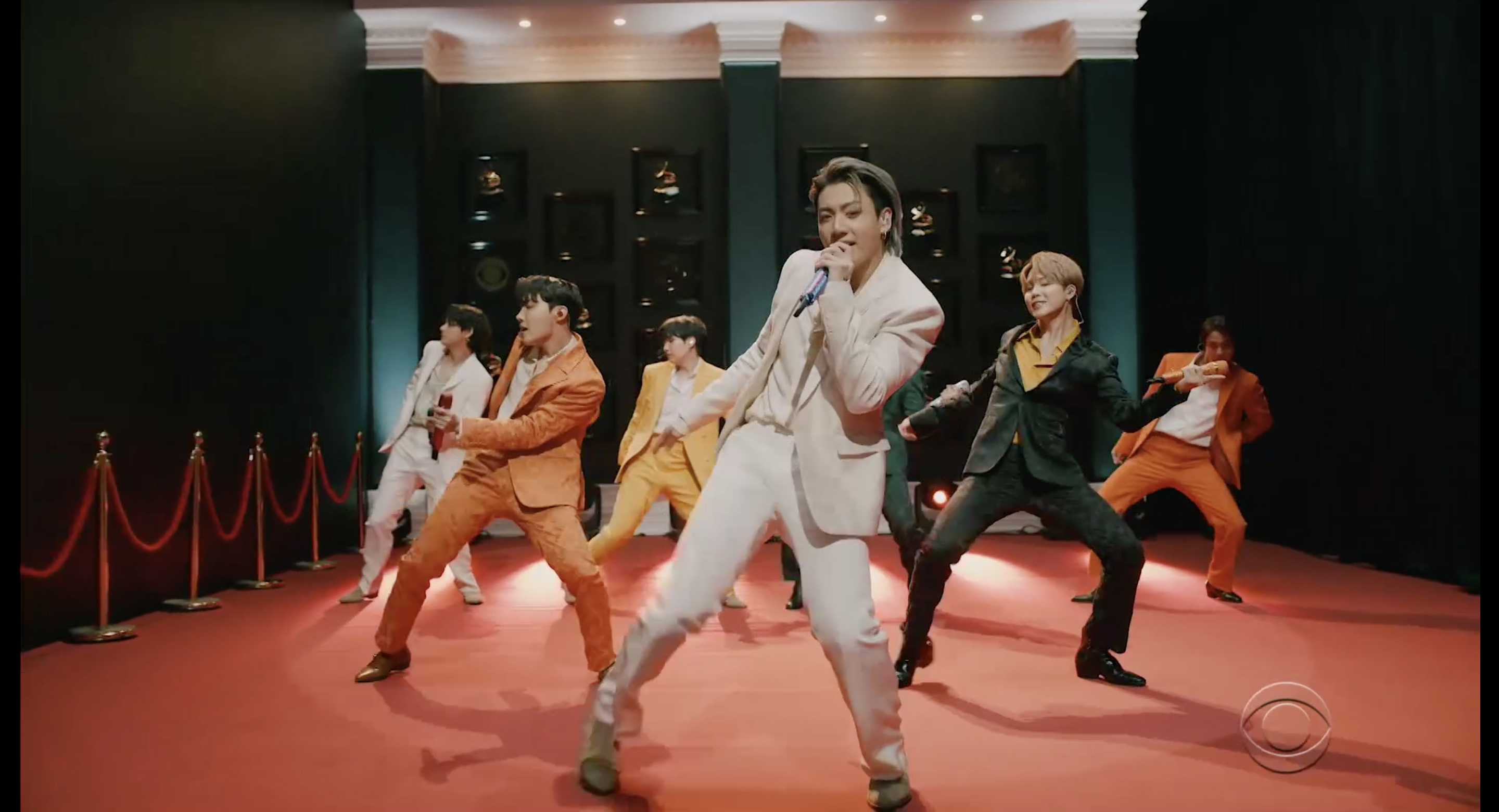 “I grew up watching American award shows, so obviously we all know and I know the importance of the Grammys,” BTS member Suga previously told Variety of what the Grammys mean to him and the group. “It’s a dream anyone working in music has.”

His bandmate RM agreed, adding that looking ahead to a possible win motivates the group “to work harder,” he added. “As Suga said, if you are in music, the Grammy Awards are something that you cannot help but to look toward and set as an eventual goal.”