Recently, RM of BTS held a VLIVE with fans to discuss the group’s newest album Map of the Soul: 7. RM gave behind-the-scenes insights to the making of the album, and discussed how much BTS miss performing in front of fans at the moment. 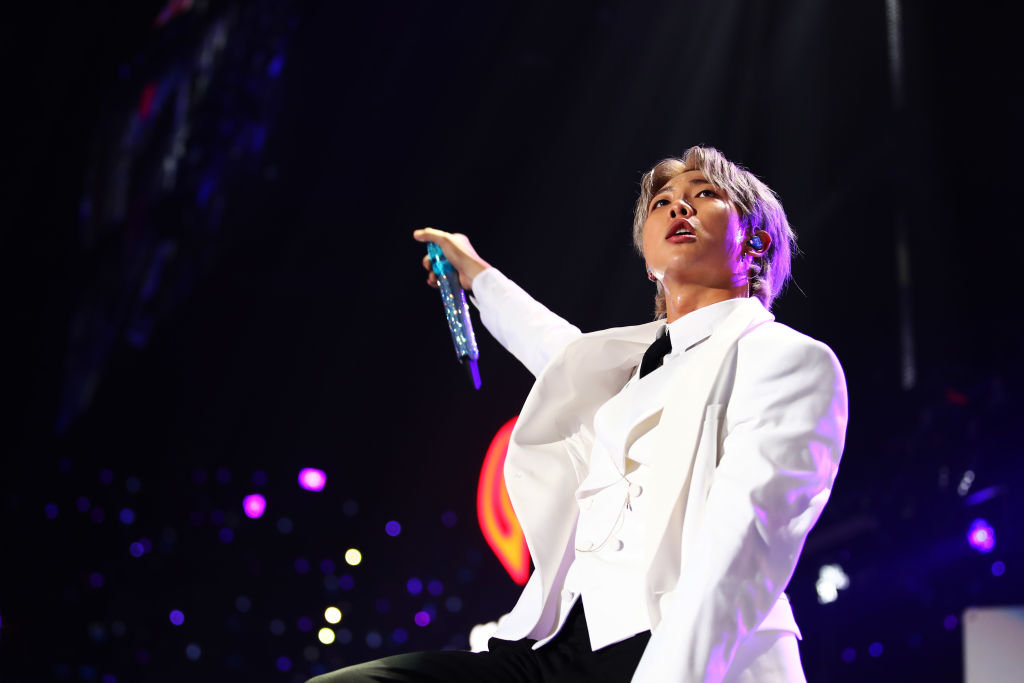 Typically, whenever BTS released a new album RM did a review of it for fans. This time, the rapper talked about each song on Map of the Soul: 7. He explained that all of the BTS members agreed on the “7” to reflect their challenges, unity, and time making music together.

During the VLIVE, Jungkook called RM to tell him that he was watching the VLIVE. Later, RM’s father called him, and RM told him he was busy and hung up.

RM told fans that he didn’t write any part of “Friends” because it is a personal song about Jimin and V’s friendship. RM really enjoyed working with Jin on the song “Moon.” Afterwards, he wanted to comfort Jin because he could sense Jin’s inner struggles through the song.

He also revealed that he cried a lot while writing “We Are Bulletproof: the Eternal.” RM told fans that he thinks it will be difficult to listen to the song in the future because of how emotional it is. To RM, the song perfectly encapsulates how BTS are both one unit and seven members.

RM is upset about not being able to perform for ARMY

After briefly promoting Map of the Soul: 7 in the U.S., BTS returned to South Korea for album promotions. Because of the coronavirus (COVID-19), the members of BTS were not able to perform in front of fans during these promotion appearances. The first few dates of the Map of the Soul Tour were also canceled because of coronavirus. RM acknowledged how difficult this was during the VLIVE.

“I can say this now after finishing our promotion. Throughout the promotion I felt powerless,” RM said according to an English translation. “Of course, fans liked our new song, but we couldn’t see our fans in front of us. But we said to ourselves like a spell ‘We can’t lose our strength. We should be happy. We have to smile.’”

According to RM, the members of BTS tried to make the best of the situation for their fans.

“Why? Many people are going through a hard time. We’re lucky to perform at least!” RM said. “If we don’t, it will make our fans lose their energy.”

RM is known for his inspiring way with words, so his VLIVE was an emotional journey for ARMY as he recounted the making of Map of the Soul: 7. In trying times, BTS provide strength to their fans. For that reason, fans want to be able to give that same strength to the members of BTS.

“I know that they were upset about not being able to see us, but i didn’t realize they were hurting to this extent,” a fan tweeted.

“the fact that namjoon didn’t feel this whole comeback at all really breaks my heart like all the hard work they put in and the effort just to end up feeling NOTHING not even the hype from armys in real life, nothing. really hurts. i don’t blame him for going crazy about it,” wrote a Twitter user.