UNDER fire Robbie Dunne returns to the saddle today for the first time since allegations he was bullying Bryony Frost emerged.

The 42-year-old heads to Musselburgh for one ride, having not been seen on course since a fall at Worcester in August. 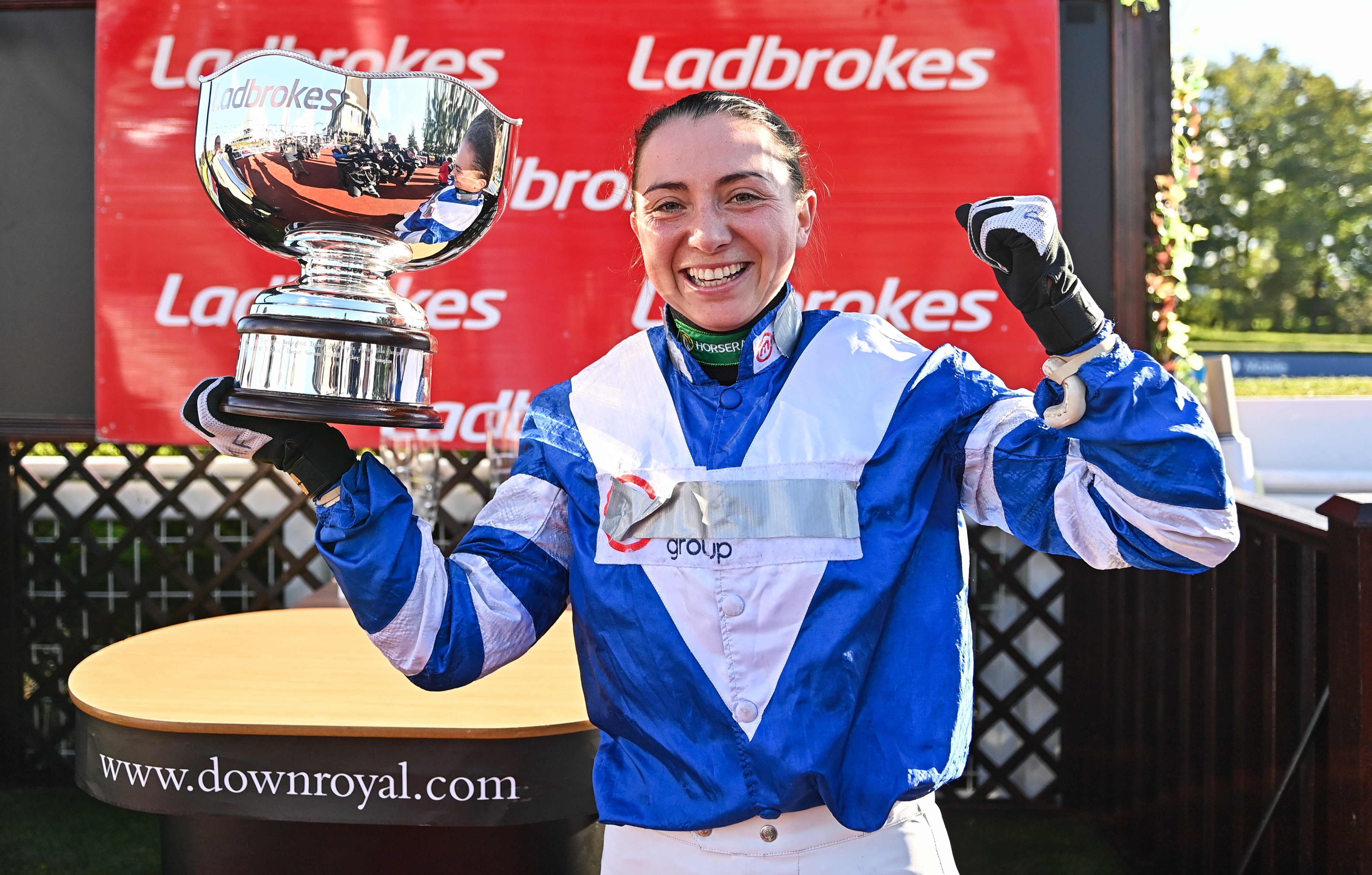 But it’s tomorrow’s Ludlow card that will draw the eyes as the feuding pair are set for a showdown in the opening six-runner maiden hurdle.

The riders will do battle on the track after they hit the headlines following the leaked report of a BHA investigation into the behaviour of Dunne towards Frost.

Frost made an official complaint to the authority after she alleged Dunne stood in front of her naked in the weighing room and repeatedly swore and shouted at her at a number of fixtures.

Dunne denies the allegations and the weighing room has shamefully kept silent on the issue with the PJA even calling for an end to the investigation.

Frost has been quieter than usual in the early stages of the season but shot back into the big time on Saturday thanks to Frodon’s brilliant win at Down Royal. Maybe that was the push Dunne needed to get back to the day job…

Frost should win the Ludlow skirmish as she partners Listed-winner Rainyday Woman in a run of the mill race for her boss Paul Nicholls.

Dunne will have his work cut out on Sam Drinkwater’s Cup Of Coffee who is yet to win in four starts and he might just have a bitter taste in his mouth if Frost grabs another winner.

The 26-year-old has been in terrific form, booting home four winners from her last eight rides.

But whatever happens on the track at Ludlow, it’ll be the tense weighing room and paddock worth keeping an eye on.

On Monday the BHA refused to be drawn on the ongoing investigation despite saying two and a half weeks ago ‘the case is close to reaching its conclusion.’

The authority could add nothing to a statement made on October 17 that read: “Cases such as this may be complex and involve significant legal representation.

“In order to ensure fairness for all parties such procedures, including the directions hearings, must be allowed to play out in full, and in private rather than through the media.”