An emotional journey is always better with a friend. That was definitely the case for Britt Robertson when she landed the role of Melissa Lynn Henning-Camp in I Still Believe, working alongside KJ Apa. The actors had worked together in A Dog’s Purpose in 2017.

“I couldn’t have done it with anyone but him, honestly. It was nice having a previously established relationship, in terms of just our working relationship and knowing how we work and then just being comfortable with one another,” Robertson, 29, said on the Thursday, March 12, episode of the “Watch With Us” podcast. “There was no part of us, like, ‘What’s your family life like? What’s your favorite color?’ We didn’t have to get to know each other at all. We were just able to trust each other and experience and support each other to make the best product.” 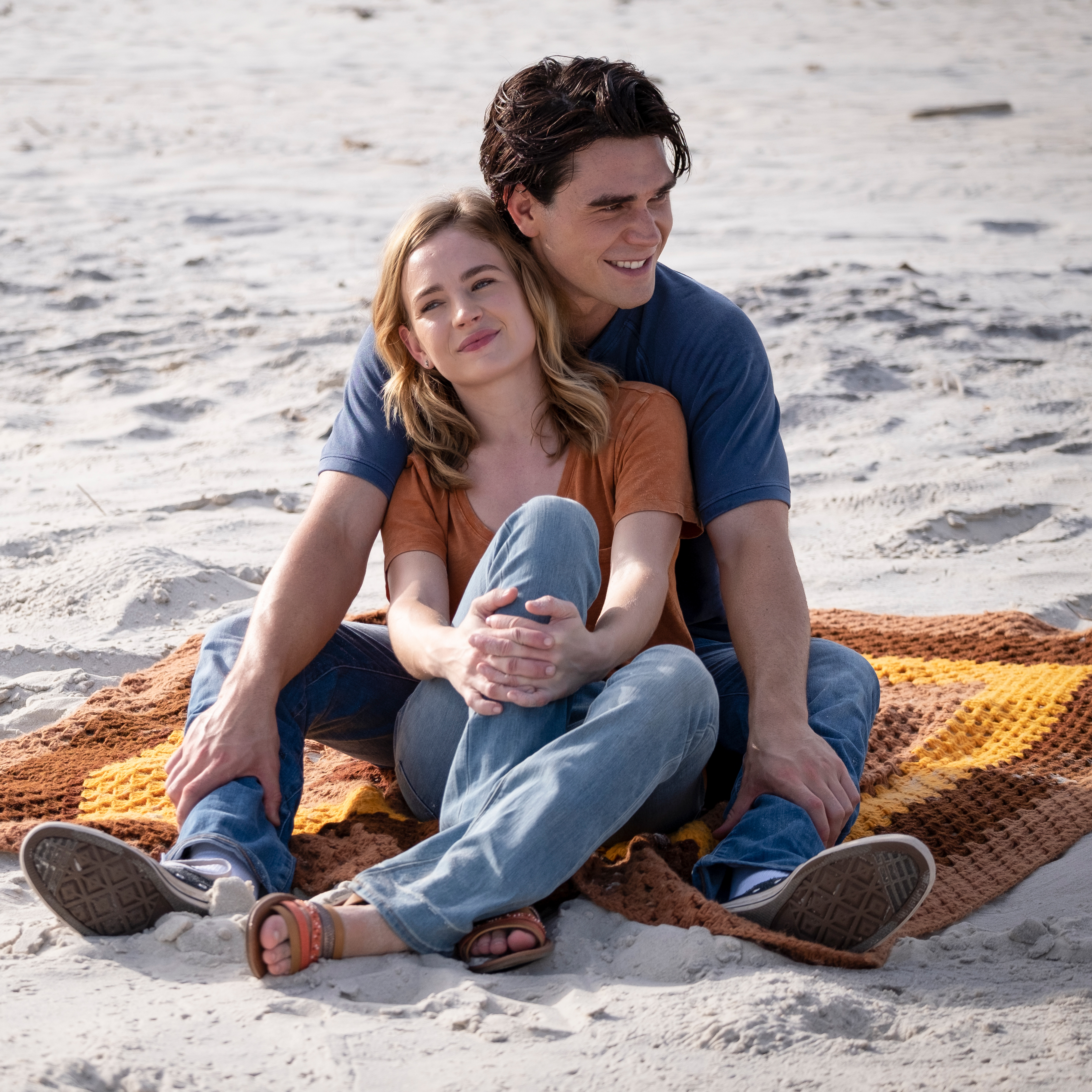 The Christian romantic drama is based on the life of Jeremy Camp and his first wife, Melissa, who was diagnosed with cancer shortly before they married. While the story is heartbreaking, it’s also moving — one of many things that the Little Fires Everywhere actor was drawn to.

“When KJ brought it to me and the directors talked to me about the movie, I just was so enthusiastic about the project. It was just something inside me,” she shared with Us. “It felt like the right move and I was jumping at the opportunity honestly.”

Overall, the former For the People star was thankful for the entire cast — especially on a movie with difficult subject matter.

“I’m so grateful for everyone that we had on set between KJ, Shania [Twain] and Gary [Sinise] and everyone else — everybody who sort of helped build us up throughout the filming process,” Robertson said. “It wasn’t an easy shoot at times, and everyone was just really supportive and trying to make the best movie possible. … I think that it’s just such a beautiful story that it’s been an honor to be a part of it.”

She and Apa have been friends for years. In June 2019, Us Weekly broke the news that the pair were spotted kissing and cuddling at a Comic-Con party in San Diego.

Listen to Robertson’s full interview above. For more exclusive TV news and interviews, download to the “Watch With Us” podcast for free.