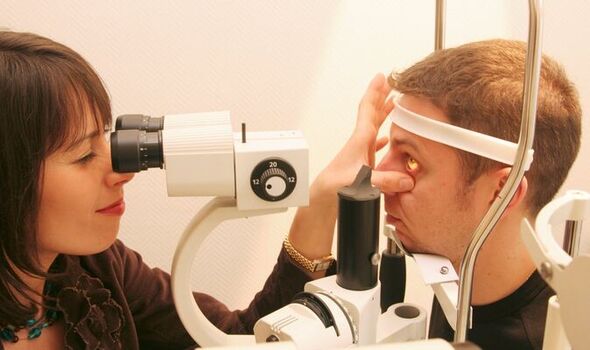 While feeling unwell, being worried about cost, or changing their mind are also excuses that have been made for a cancellation.

It emerged adults skip an average of five appointments a year, with visits to the opticians and the dentists most likely to fall by the wayside.

But of those who have skipped medical appointments, 59 percent haven’t always rebooked them.

As a result, the problem got worse for 54 percent – while 42 percent developed an issue they previously had no symptoms for before.

A spokesman for optician Specsavers, which commissioned the research to launch its State of the UK’s Eye Health 2022 report ahead of World Sight Day, said: “Many of us have such busy lives, so it is no surprise we end up missing quite a few appointments over the years.

“But what is worrying is the amount who do not rebook them – particularly the ones relating to their health.

“And when it comes to the optician appointments, so much can be detected from these routine checks which people have no symptoms for.

“For instance, conditions like glaucoma will often show no signs of developing in its early stages – but in many cases, leaving this untreated can cause sight loss.”

It also emerged an appointment with an optician is the most likely of all medical check-ups to be cancelled if something else arose.

More than a third (36 percent) of those, who would be more likely to ditch an eye examination over the likes of the dentists and the GP, would do so because they are not experiencing any symptoms relating to their eyes.

And 37 percent believe there typically isn’t an immediate cause for concern when it comes to the eye conditions that they are aware of.

Eye strain, trouble reading, and dry eyes are the most common eye-related issues which are being overlooked, with one in three having previously ignored problems with their eyes.

And 23 percent haven’t been to the opticians in more than three years, with 31 percent struggling to find the time to visit as much as they know they should.

The research, conducted via OnePoll, also found 48 percent do not know what glaucoma is.

However, two-thirds have experienced symptoms which relate to the eye condition – such as tenderness around the eyes, seeing rings around lights, and blurred vision.

But one in four of these just waited for their symptoms to pass, rather than visiting the optician.

Dr Michael Mosley, a broadcaster, author, and journalist, who has officially launched the report, said: “I think making sure you keep your eye test appointment is really important.

“I try to have them every two years – there are a lot of treatable cases of conditions like cataracts and glaucoma in the UK, conditions that could be picked up by an optician.

“These are really treatable diseases if caught early on. However, if you don’t do something about it, then it really is bad news.”

The spokesman from Specsavers added: “We understand there are a magnitude of reasons as to why people might put off appointments, or even overlook what seem like minor symptoms.

“But we want to implore people to maintain regular check-ups or get yourself booked in as soon as something arises, as these offer a peace of mind and can detect underlying issues at an early stage.

“And when it comes to eye conditions, many of these are treatable when spotted early, but unfortunately, they can become much harder to cure the more they develop.”