Home » British Premier League: How Rangers and Celtic match up against English opposition on stadiums, transfers and honours

ENGLAND'S major clubs are looking to shake things up – and they want the Old Firm to join them.

Plans for a European Super League have been binned but the big hitters down south now want to establish a new British League with Rangers and Celtic invited to join them. 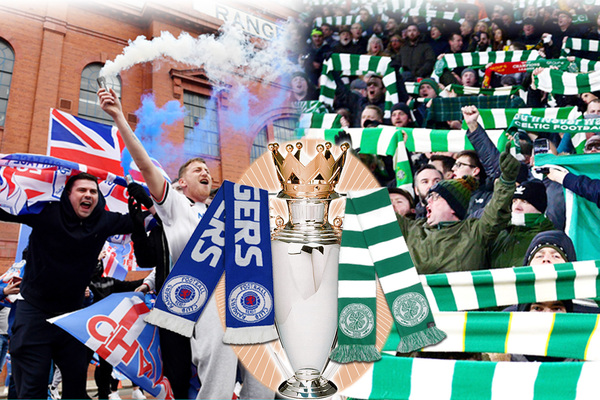 And it's understood the new proposals would get the backing of Fifa, Uefa and the UK Government.

Chat about the Scottish giants joining up with their English counterparts has been rumbling on for years.

But it now looks like it could finally become a reality.

The Premier League clubs have looked at Celtic and Rangers' massive grounds, long honours lists and huge fanbases and decided they want to introduce that to their game.

But just how do the Scottish pair stack up with the 20 best clubs in England?

We've taken a look at a number of key areas ahead of the British Super League's foundation. 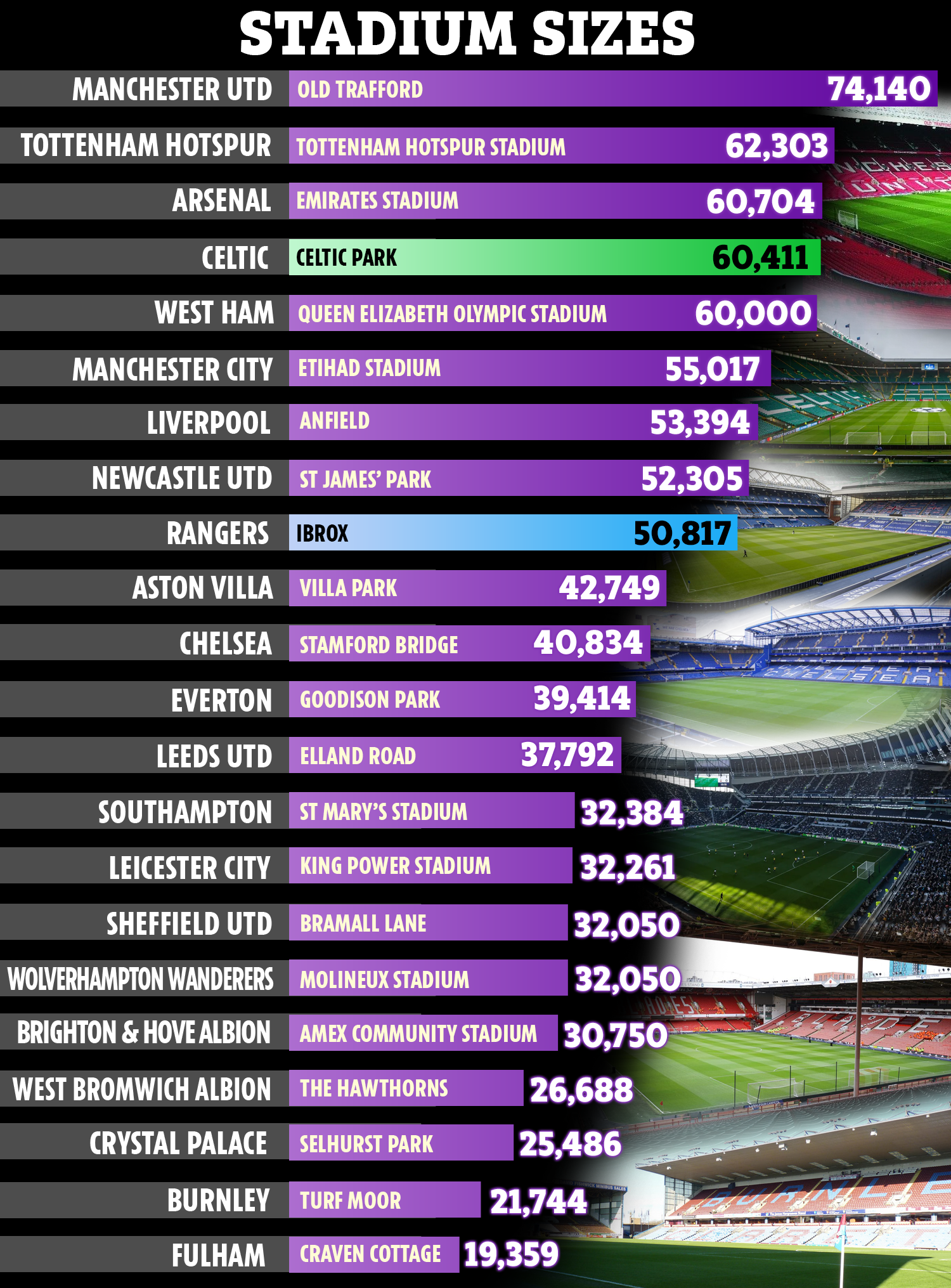 Ibrox and Celtic Park are two of the most famous grounds in world football.

And when full to capacity they are usually intimidating and hostile cauldrons that put the fear in the opposition.

That atmosphere could be huge in helping the Glasgow pair get the upper hand when Premier League clubs come calling.

Parkhead's capacity of 60,411 would make it the fourth biggest stadium in a new British League behind Man Utd's Old Trafford ground, the new Tottenham Hotspur Stadium and Arsenal's Emirates.

Both Scottish clubs operate out of stadia bigger than the other 12 Premier League outfits including Chelsea, Everton, Leeds, and Leicester. 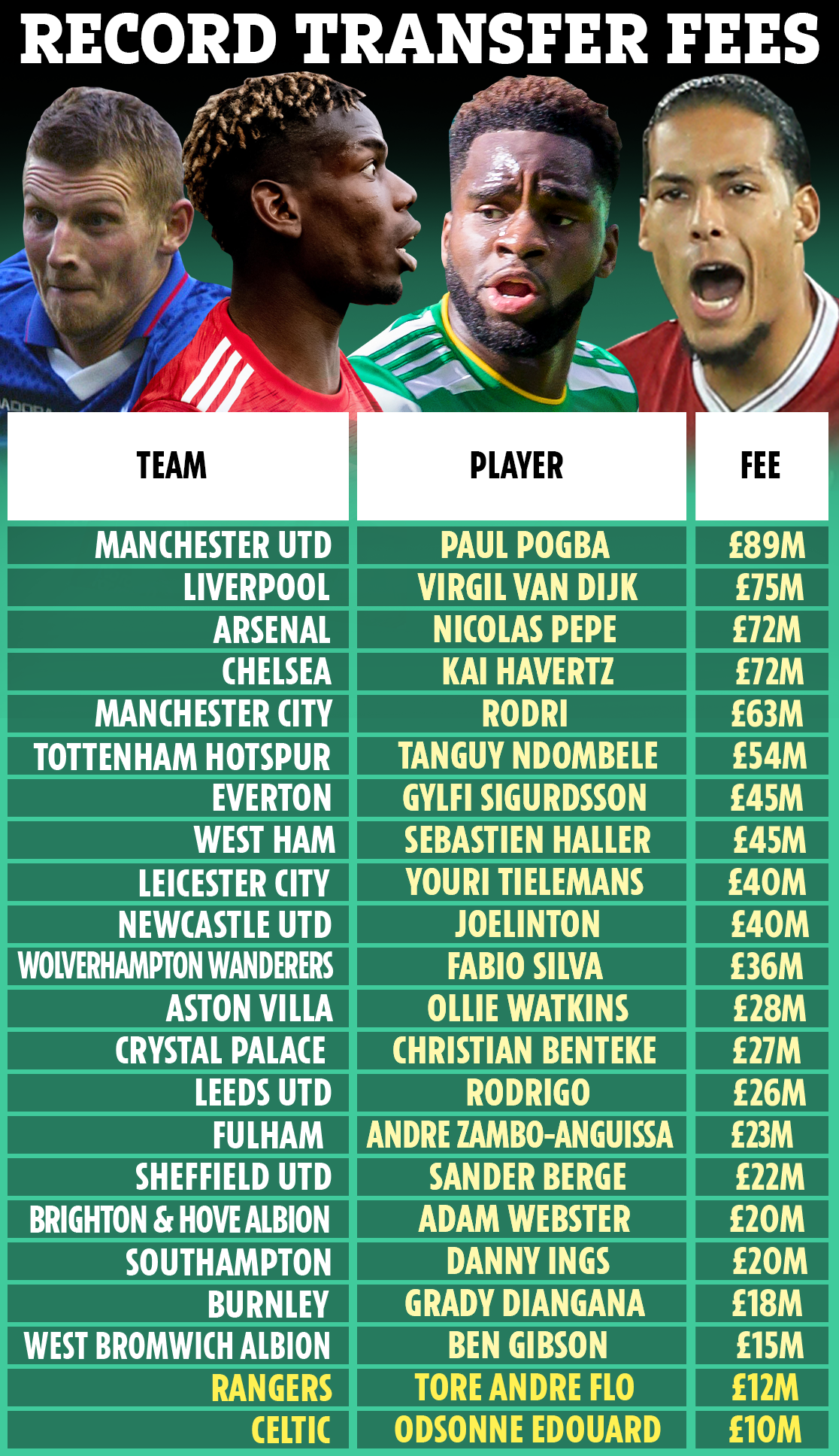 Rangers and Celtic may dominate the Scottish landscape but they remain the poor relations with England when it comes to spending power.

The Ibrox side's record transfer remains the £12m paid to Chelsea for Tore Andre Flo in 2000.

Celtic broke the bank in 2018 to sign Odsonne Edouard on a permanent deal from PSG.

But both those deals are dwarfed by the fortunes spent by the Premier League clubs to land their own record signings.

Even relative minnows West Brom and Burnley have broken the bank to boost their squads, with the Baggies paying £18m for Grady Diangana and Burnley laying out £15m for Ben Gibson.

But should the British League prove as lucrative as the Premier League then it won't be long before Rangers and Celtic are soon smashing their own record transfer deals. 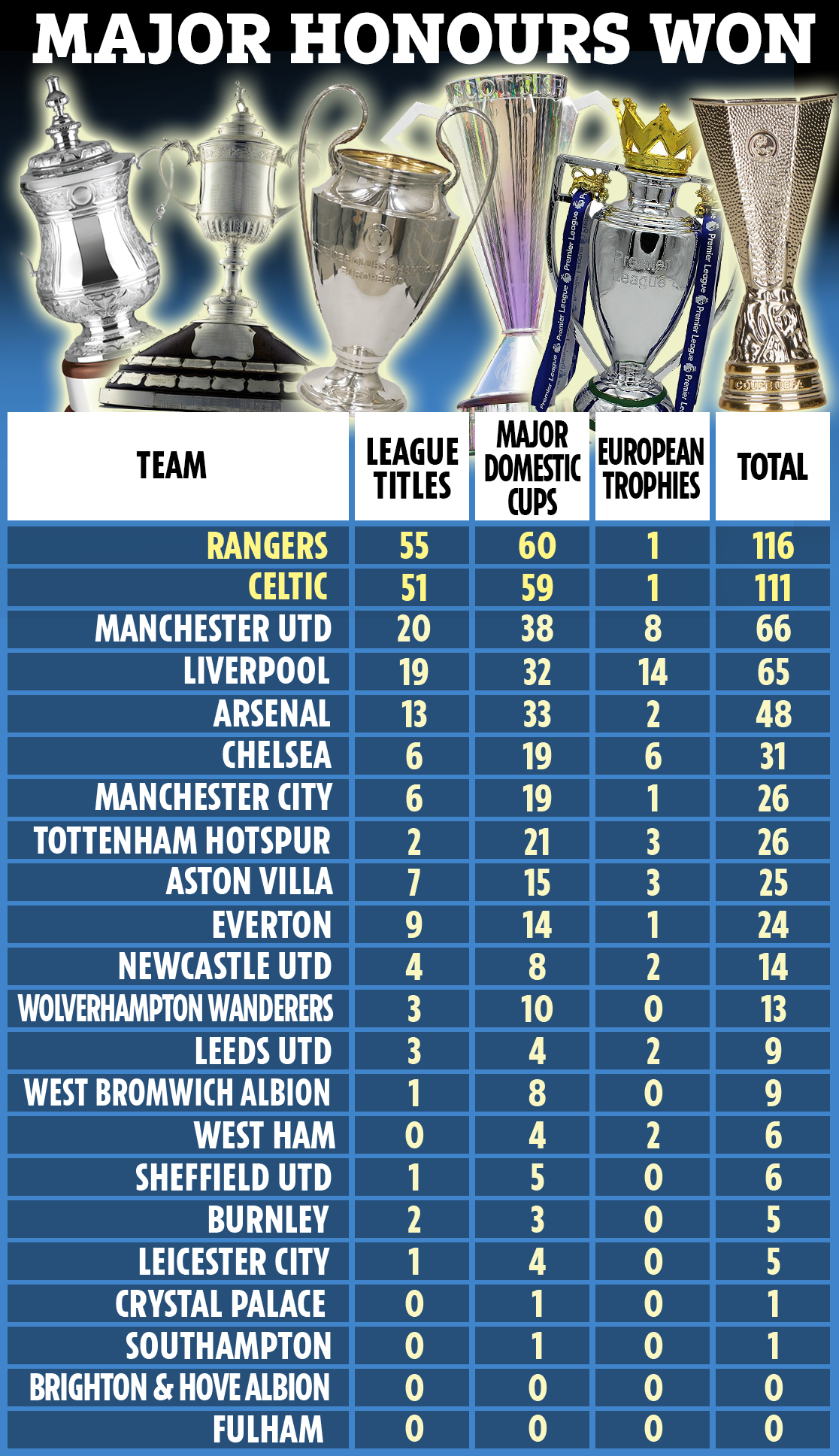 Rangers and Celtic do, however, lead the way when it comes to the list of major honours won by every club.

The Glasgow pair have lifted more than 100 trophies each, with Rangers out in front with 116 and Celtic next with 111.

The Ibrox club's 55 league titles is a world record with the Hoops hot on their heels with 51.

That puts them miles in front of the major English clubs. Man United lead the way with 66 domestic and European honours, followed by Liverpool (65) then Arsenal (48), Chelsea (31), Man City and Spurs (both 26).

At the other end of the table, Crystal Palace and Southampton have just one major trophy win apiece, while Fulham and Brighton are still waiting for their first silverware success. 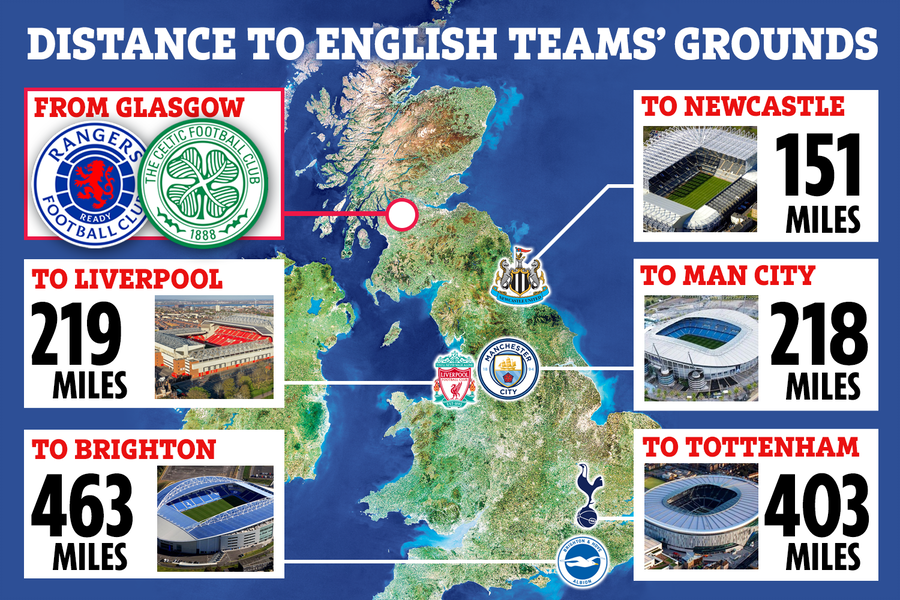 Rangers and Celtic's current furthest matchday trip is the 180-mile journey to take on Ross County in Dingwall.

But their supporters will need to really put in the miles if they are to watch their team in the British League.

While Newcastle is slightly closer than Dingwall at 151 miles, most other away days will involve round trips of more than 500 miles.

And any fans wishing to drive to take in an away match with Brighton will clock up 926 miles journeying to the English south coast and back.