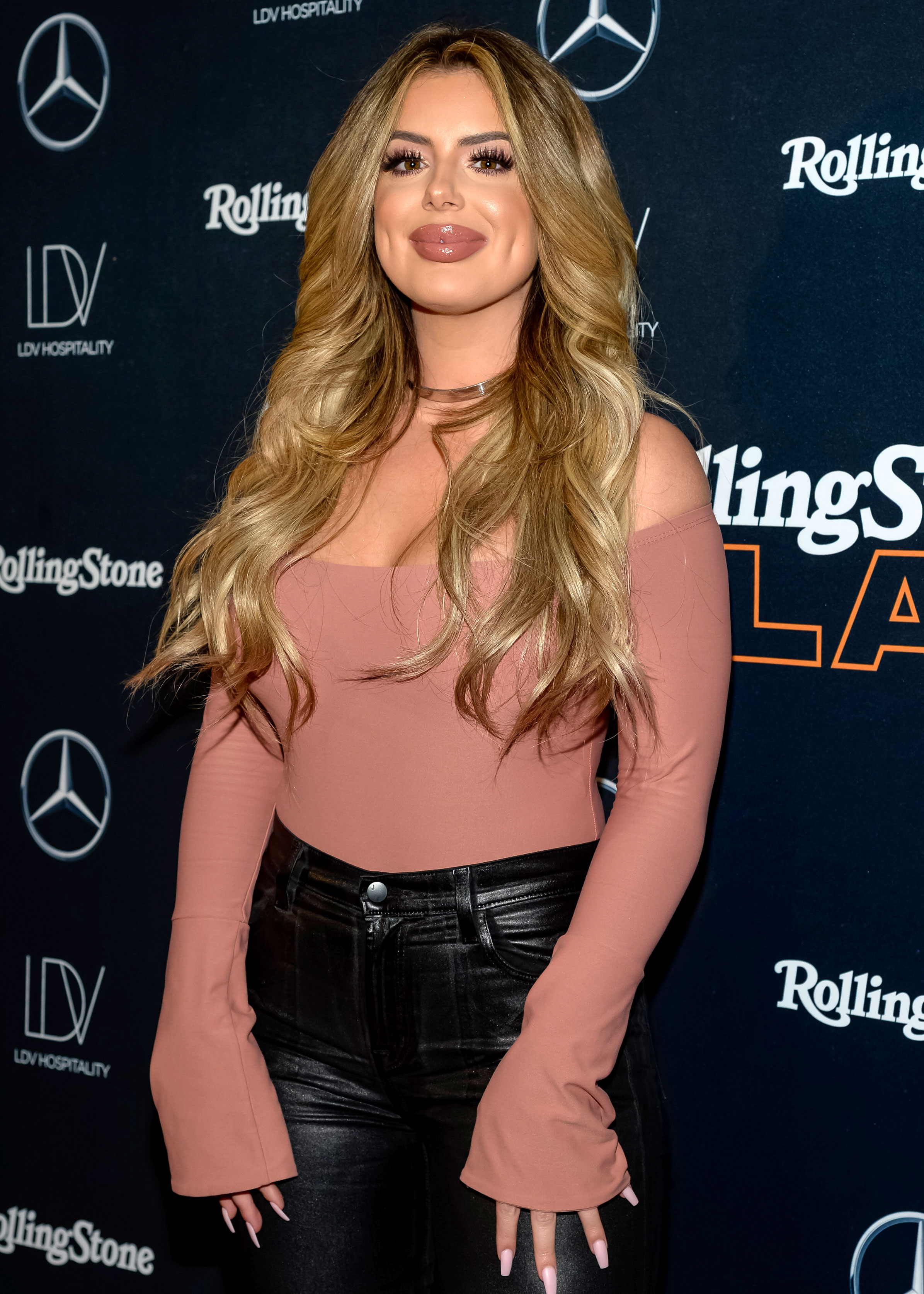 Talk about an unusual diet plan. During a recent Q&A session with her social media followers via her Instagram Stories, Brielle Biermann revealed some interesting tidbits about her eating regimen.

The information came out when one fan noted that she was eager to run into the Don’t Be Tardy star, 23, out and about in Atlanta. In response, Biermann noted that the easiest way to track her down would be to catch her when she’s chowing down on her first meal of the day. 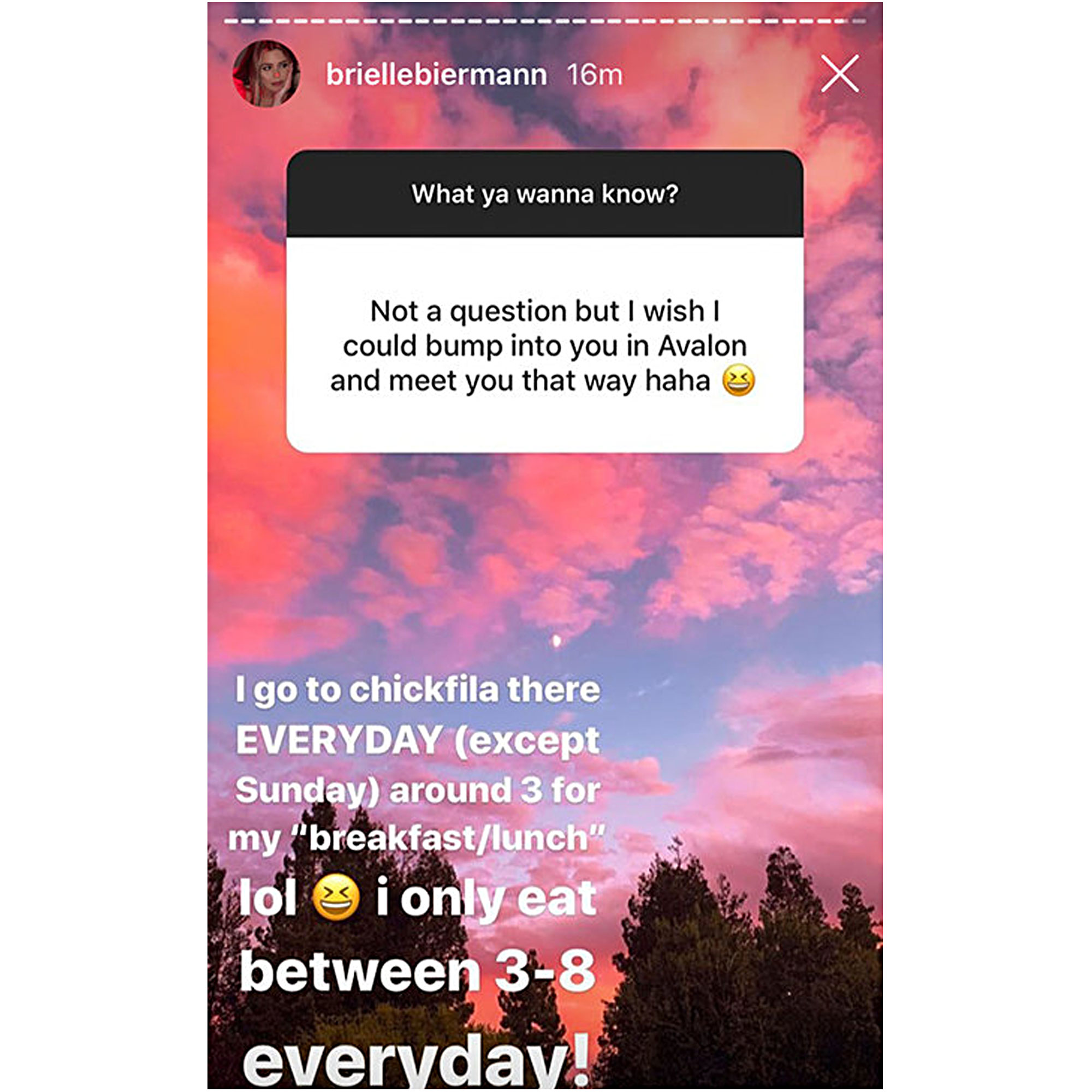 “I go to [Chick-fil-A] there EVERYDAY (except Sunday] around 3 for my breakfast/lunch,” she replied. “I only eat between 3-8 everyday!”

The KAB Cosmetics co-creator has a longstanding love of Chick-fil-A, and in January 2020 she confirmed via her Instagram Stories that she visits the restaurant on a daily basis. “When I say I eat this everyday I mean everyday … “ she wrote above a photo of a spicy chicken sandwich and french fries.

The Bravo personality previously opened up about her choice to start intermittent fasting — an eating pattern that alternates between periods of fasting and eating — in August 2019. “I get this all the time and you’re not gonna believe me but [I] worked out 3-4x a week for 2 years and the second I stopped going to the gym I lost weight,” she wrote via Instagram at the time. “Not just muscle. I was actually thinner.”

Biermann hypothesized that she shed several pounds because she began eating less once she stopped hitting the gym on a regular basis. “I think working out made me eat more because [I] was so hungry,” she explained. “So now [I] just intermittent fast and eat whatever I want but in moderation!”

Believe it or not, this isn’t the first time the reality star has used the Atlanta-based chain to help with her diet. “I swear by the [Chick-fil-A] diet!” she declared on Instagram in June 2019, per Bravo. “In high school I would eat it for breakfast and dinner [literally] every day … and when I wanna lose weight I only eat [Chick-fil-A]! I get 12 count well done nuggets fries and a Diet Coke.” 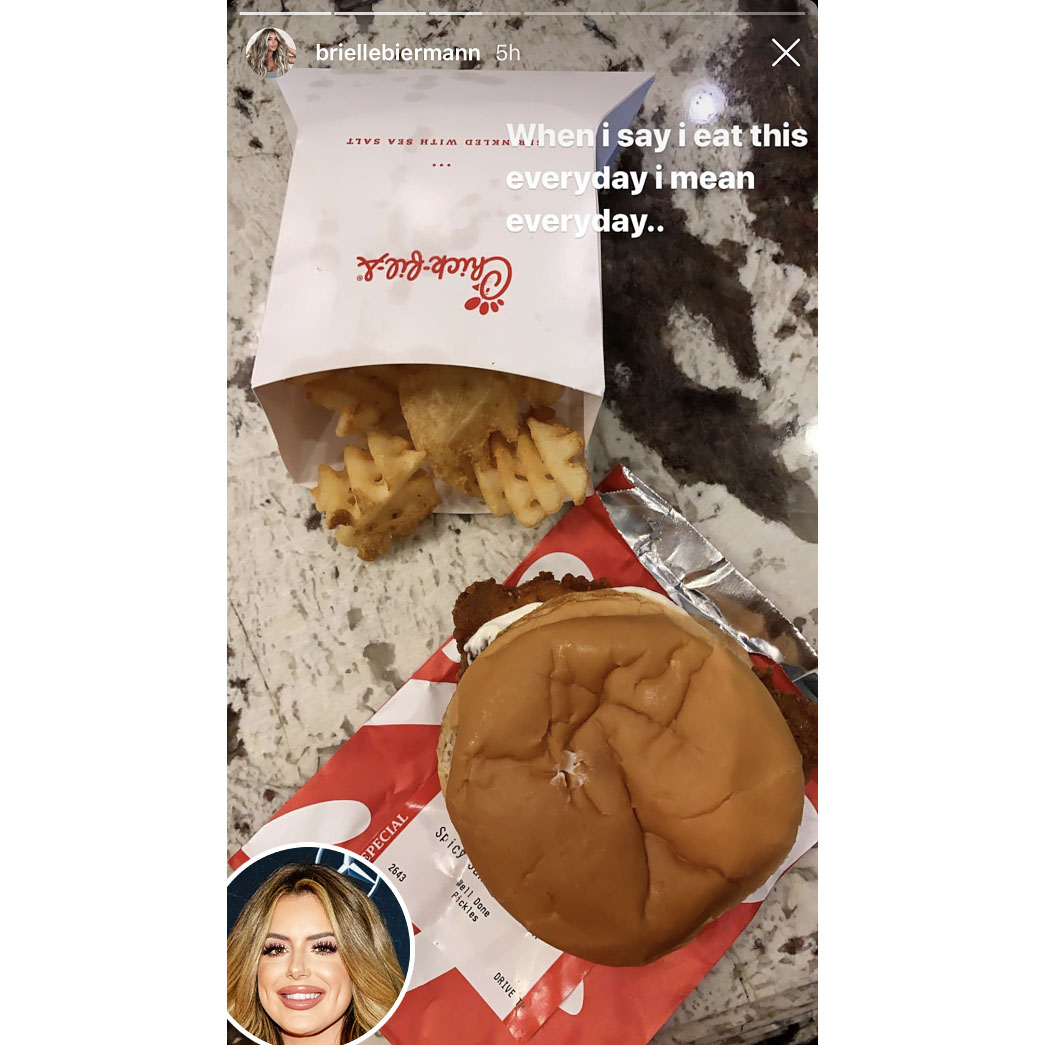 In addition to trying out intermittent fasting with fast food, Biermann has made other recent changes to her life as well. In fact, the Atlanta resident made headlines in January when she said goodbye to her lip fillers. “Dissolved my lips yesterday,” she wrote in an Instagram Story days after the year began. “Gonna look like 18 year old Brie again soon. 2020 new year new me! Black n blue for a few days.”

However, about a month later, the Georgia native admitted that she had to get a little bit of filler added to her pout for a very specific reason. “All the filler I had before made my lips uneven… so I had @dr.thuydoan re-inject my lips JUST A TAD and I couldn’t be happier,” she wrote over an Instagram selfie at the time. “Still NO WHERE NEAR how there were before.”

Biermann’s mom, Kim Zolciak, also dissolved her own lip fillers earlier this year (after her daughter did the same) and shared with Us Weekly exclusively that she had no regrets about the procedure. As the 41-year-old told Us last month, “I didn’t feel like myself.”