Blood Moons are a rare and unforgettable experience that grace our skies every two-and-a-half years or so. On the night of a Blood Moon, the lunar orb dips into the central shadow cast by our planet – the so-called umbra. But instead of completely vanishing from sight, the Moon will proceed to change colour before our very own eyes.

The phenomenon is popularly known as the Blood Moon because the eclipse will paint the Moon a rusty red-orange colour.

And the next Blood Moon will appear on Wednesday, May 26, when the Moon enters the Earth’s shadow at 12.11pm BST (11.11am UTC) over parts of the Americas, Pacific, Australasia and Asia.

In the past, Blood Moons have been linked to eerie prophecies and predictions about the world ending.

In Medieval Europe, for instance, the Blood Moon was believed to be an act of God. 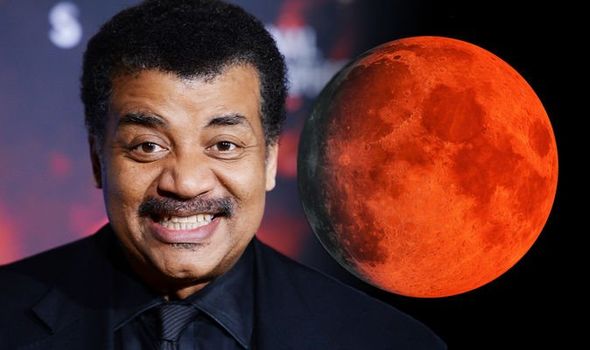 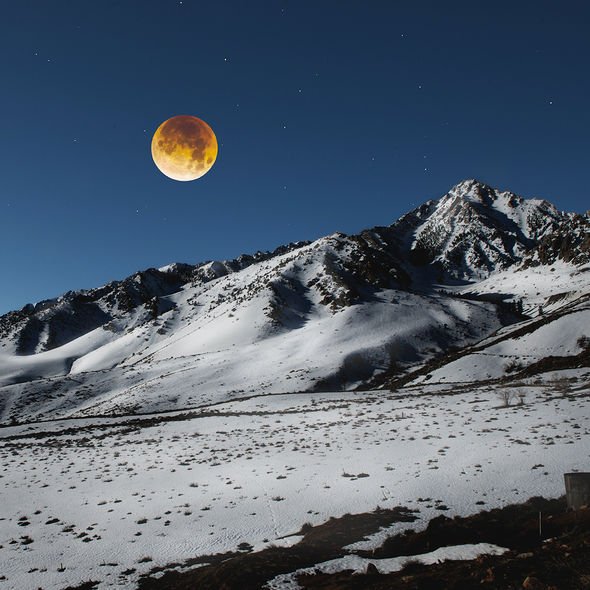 In more recent times, popular Christians evangelists have dubbed these eclipses a “harbinger” of the end times.

But what exactly causes the Full Moon to turn red during a total lunar eclipse?

Neil deGrasse Tyson, the American astrophysicist and director of the Hayden Planetarium in New York City, discussed the Blood Moon phenomenon in an unearthed video clip from 2014.

At the time, Dr Tyson appeared at Tulane University in New Orleans, Louisiana, where he explained the physical processes that cast a red glow on the Moon during an eclipse.

The astrophysicist is best known for his best-selling books and TV series Cosmos: A Spacetime Odyssey, and hosts the weekly podcast StarTalk with comedian Chuck Nice.

According to the expert, it stands to reason a total lunar eclipse would completely obscure the Moon from sight.

As the Full Moon passes behind the Earth during an eclipse, it dips into the darker of Earth’s two shadows, the umbra.

But some of the sunlight that falls towards the Earth and the Moon manages to hit the Moon by passing around the edges of the planet and through the Earth’s dusty atmosphere.

That light is filtered of blue wavelengths and instead reaches the Moon in the form of red light – the same process that turns sunrises and sunsets red.

Other factors like pollution and dust in the air can further amplify this effect.

Dr Tyson explained: “Some sunlight gets in the atmosphere and disperses, casting some sunlight deep into the shadow. 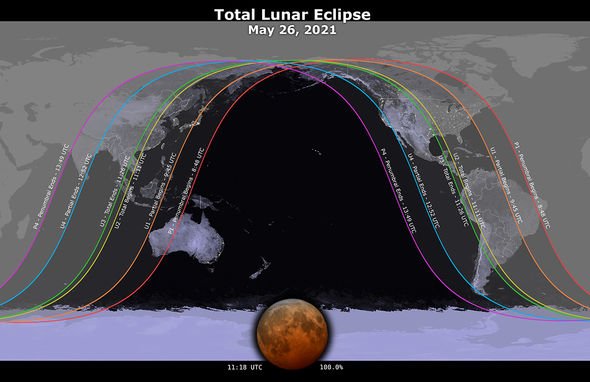 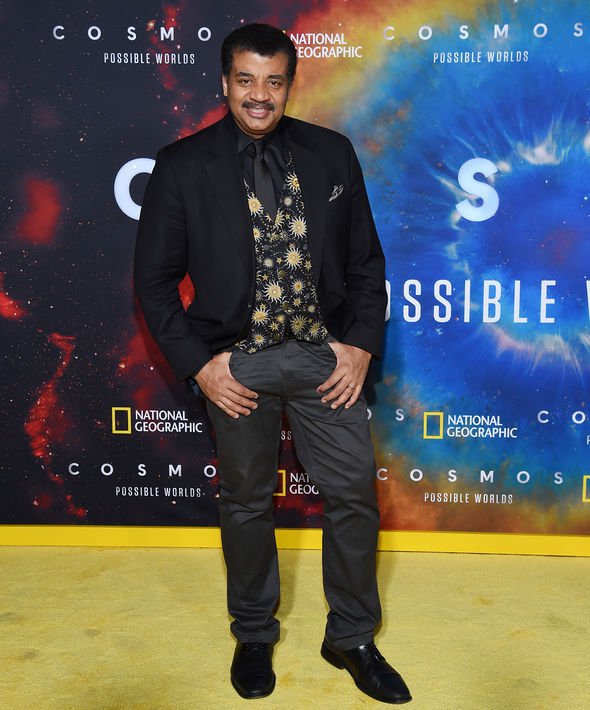 “Depending on how much dust and pollution is in the atmosphere, the sunlight that makes it through will be deep red, just like the sunset.

“So you have deep red light getting inside Earth’s shadow, so there’s the Moon wanting to disappear and it carries this deep red hue.

“Now I would have called it – I’ve seen this hue before, it’s beautiful.

“So tonight there are people calling tonight’s Moon the Blood Moon.”

Of course, the Moon will not turn a deep red crimson colour like real blood.

Instead, you can expect a more rusty reddish or orange tint that will be just as breathtaking.

Dr Tyson acknowledged this a year later when he tweeted: “ResistTheCarnage: Today’s ‘Blood’ Moon eclipse, if it’s any shade other than Black, will more likely be that of cream Sherry.”

After tomorrow’s lunar spectacle, the next Blood Moon eclipse will not make an appearance until May 2022.