Home » Blood Moon 2021: When is the next Blood Moon visible over the UK? Find out here

More than two years after Britons witnessed the Full Moon turn red, the lunar orb will once again pass into the Earth’s shadow. On Wednesday afternoon, UK time, a total lunar eclipse will see the Moon dive into the darker of Earth’s two shadows, the umbra. But instead of temporarily disappearing from sight, the Moon will reappear tinged rusty red-orange.

The Blood Moon eclipse is expected to only last about 14 to 15 minutes but it promises to be an unforgettable experience regardless.

Unfortunately for hopeful stargazers in the UK, this Blood Moon will miss Europe’s night skies entirely.

Instead, it will unfold fully or partially over the Americas, the Pacific, Australia and New Zealand, and parts of South/East Asia.

Bill Cooke, of NASA’s Meteoroid Environments Office, said: “Folks in Hawaii and the Aleutian Islands will get to see the entirety of this eclipse – it will be quite a show for them 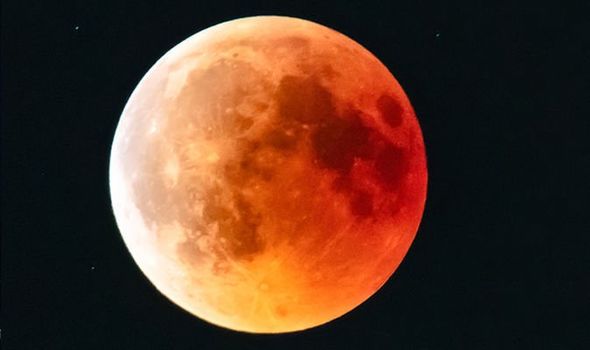 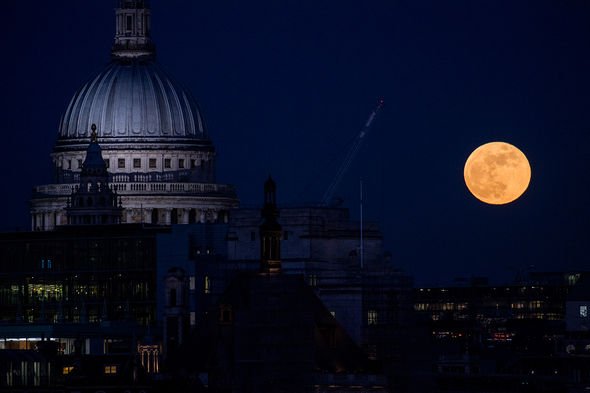 Partial eclipsing will then begin when the Moon starts to enter the umbra by 10.44am BST (9.44am UTC).

The lunar disc will be slowly shrouded in shadow until about 12.11pm BST (11.11am UTC) – the start of totality.

Maximum eclipse will then peak by about 12.18pm BST (11.18am UTC) and end seven minutes later.

The US space agency NASA said: “The total eclipse, or the time when the Moon is in deepest shadow, will last for about 15 minutes.

“If the Moon is up in your area while this happens, you are in for a treat.” 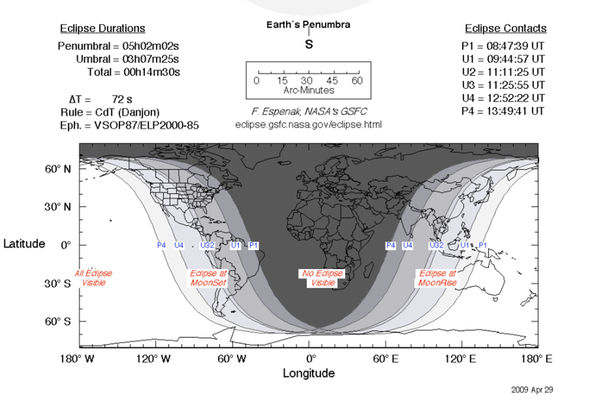 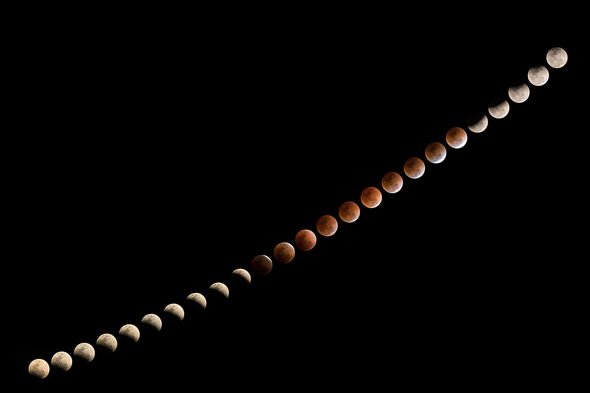 When is the next Blood Moon visible over the UK?

With tomorrow’s eclipse written off, you will be glad to know another Blood Moon will appear one year from now.

NASA’s astronomers expect the next total lunar eclipse to unfold in the wee morning hours of May 16, 2022.

The Blood Moon will pass over the Americas, Europe and Africa, and should be visible from the UK at moonset.

This eclipse will be much longer, with more than an hour of totality.

Another Blood Moon will follow that same year on November 8, although it will only be visible from Asia, Australia, the Pacific and the Americas.

How to watch the Blood Moon eclipse from the UK?

Although you won’t be able to see the Blood Moon in person tomorrow, you can still watch the eclipse from the comfort of your home.

Courtesy of the Virtual Telescope Project in Italy, the Blood Moon will be broadcast live online on YouTube.

Simply tune into the embedded video player above before or after the stream kicks off.

The broadcast is presently pencilled in to begin at 11am BST (10am UTC) on Wednesday.

“Yes, it will be somewhat unique: the 26 May 2021 Full Moon will be both a ‘Supermoon’ (the largest full Moon of the year, by the way) and a ‘Blood Moon’, something we really want to share with you.”

Later in the day, the Virtual Telescope will return with a second live stream to show off the Supermoon as it passes over the skyline of Rome.

According to Dr Masi, this will be the biggest and brightest Full Moon of the year.

The second stream will begin at 8pm BST (7pm UTC).