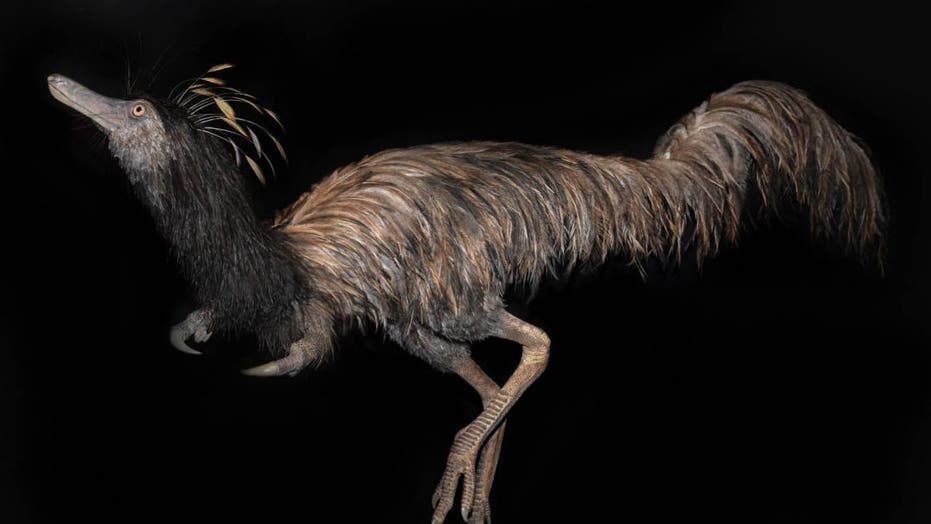 Researchers have discovered a new species of dinosaur, known as Trirarchuncus prairiensis, in the Montana Badlands with a unique hooked claw at the end of its arms, according to a study published in Cretaceous Research.

The creature, which lived 66 million years ago, had more pronounced claws than other members of the Alvarezsauridae, a group that researchers described as "an unusual group of insectivorous dinosaurs characterized by possession of very short arms with a huge claw at the end." 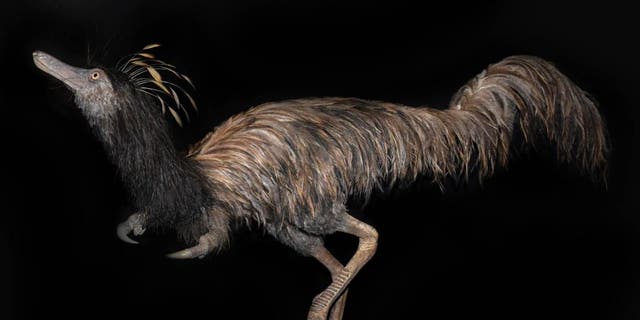 "Although fragmentary, the new fossils include three hand claws which are of different sizes," researchers wrote in a press release. "It is proposed that these represent a growth series from juvenile to adult. This is important as it is recognized that dinosaurs changed in shape, often significantly, as they grew."

In addition to the hooked claws at the end of its arms, T. prairiensis had exceptionally long legs, a snout filled with tiny teeth and its body was covered with "sleek primitive feathers."

Though its hooked claw has captured the attention of paleontologists, it's the dinosaurs' unique name that has also garnered awareness. 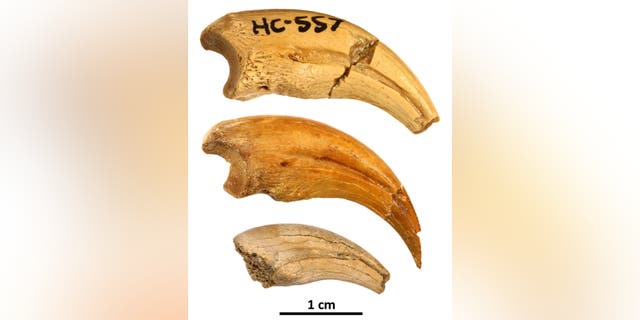 The three claws described in the study form an ontogenetic series showing changes in shape and texture as the animal grew in size. (Credit: Badlands Dinosaur Museum)

"Trierarchuncus refers to the 'trierarch,' a seafaring ship's captain (Greek), and 'uncus' meaning hook (Latin), which combined form “Captain Hook” in reference to the hook-handed pirate from Peter Pan," researchers explained in the release. 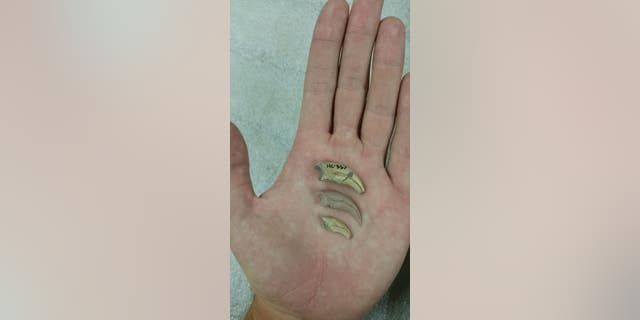 The three claws with a hand for scale. (Credit: Badlands Dinosaur Museum)

Spielberg, of course not only directed "Jurassic Park," but also "Hook," a movie based on Peter Pan and his arch-enemy, starring the late Robin Williams and Dustin Hoffman as Peter Pan and Capt. James Hook, respectively.

The researchers believe that T. prairiensis lived near the end of the age of dinosaurs, prior to the mass extinction event caused by an asteroid, approximately 66 million years ago.

The discovery was made in the Hell Creek Formation, near Jordan, Mont.

Experts have discovered a number of bizarre dinosaur species in recent memory. Earlier this month, researchers announced they had found an ancient relative of dinosaurs, a 4-inch reptile "tiny bug slayer" that lived 237 million years ago.

In a separate study also published this month, experts said Dilophosaurus, prominently featured in "Jurassic Park," was significantly larger than it was portrayed in the movie, reaching up to 20 feet in length. It also had more in common with modern-day birds than previously believed.

GET THE FOX NEWS APP