Billie Eilish to fans of her sexy British Vogue shoot: ‘I’m not this now’

Billie Eilish dances through wardrobe malfunctions in ‘Lost Cause’ clip

Billie Eilish’s boyfriend is apologizing for offensive social media messages that have resurfaced.

Matthew Tyler Vorce shared the apology on his Instagram Story and attempted to atone for his “offensive” posts that used homophobic and racist language.

“I want to apologize for the things that I wrote on social media in the past. The language I used was hurtful and irresponsible and I understand how offensive those words are,” he wrote. “Whether it was a lyric, a quote or just me being dumb, it does not matter.

“I am ashamed and deeply sorry that I used them in any context. It is not how I was raised and it is not what I stand for,” he continued. “I shouldn’t have used this language in the first place and I won’t use it again. I am so sorry for the hurt I have caused.”

He ended, “I take full responsibility and continue to hold myself accountable for my actions.” 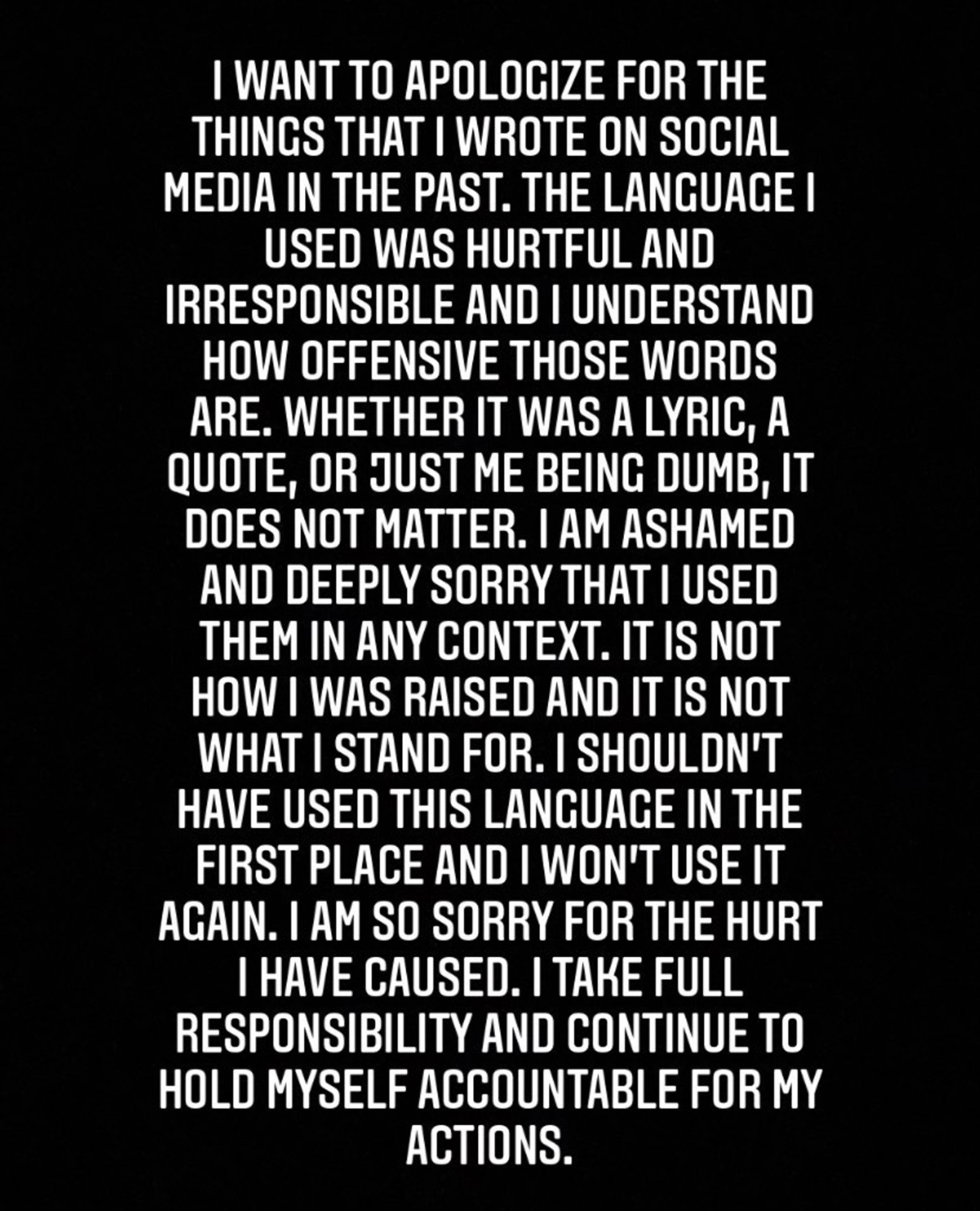 He also allegedly described Adele as “British Miss Piggy” in 2012.

The “Bad Guy” singer and Vorce first sparked dating rumors when Page Six exclusively published photos of the couple cozying up to each other during a getaway to Santa Barbara, Calif. The “Everything I wanted” songstress and the writer were seen spending time with her beloved pit bull Shark as they grabbed some coffee.