Billie Eilish has enamoured her fans over the past couple of years. Her debut album became one of the fastest-selling albums in history, and the one of the most-streamed albums of last year. The star has only just started her career, but it seems like she has been catapulted into superstardom for the foreseeable future.

Eilish has remained on the radar to fans and music-lovers alike over the past few months, despite the lockdown and pandemic.

Now, the young singer has spoken out in a lengthy interview with GQ Magazine, where she discussed a number of topics.

Eilish was quizzed in particular about her win at the Grammys earlier this year, when she was pitted against artists such as Lana Del Ray, Ariana Grande, and Taylor Swift.

Despite this, the star was asked whether she felt “embarrassed” by her win, and being put on stage to give an acceptance speech. 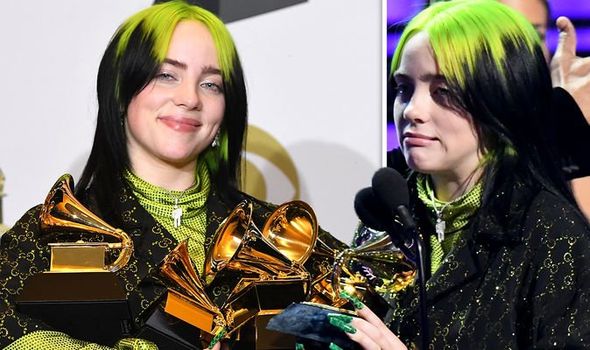 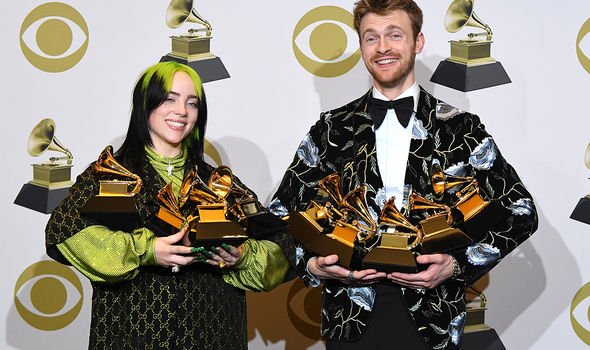 To which she exclaimed: “I was embarrassed!”

Despite this, Eilish did explain that she does allow herself to be proud of her work.

“I’m proud of myself sometimes,” she continued. “Actually, yesterday I got a call that reminded me to do just that. 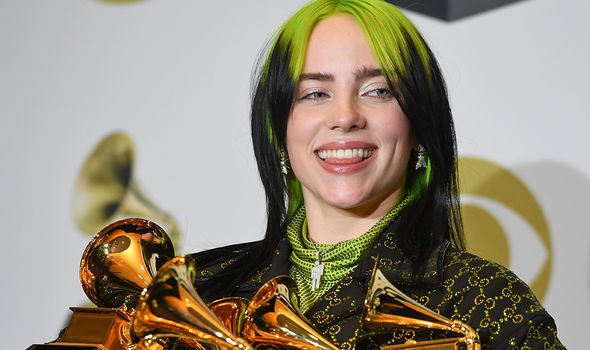 “Alicia Keys called me and she’s like: ‘I just want to say don’t be embarrassed for being dope.

Because of this, she added: “I went over to my brother’s house and we celebrated quietly.”

Since lockdown Eilish has been quite active on social media, which has allowed her to explore her views a little.

Most recently, Eilish posted about the tragic death of Rayshard Brooks.

Rayshard was killed by two white police officers in Atlanta, Georgia, last week, prompting a number of protests in the surrounding areas.

Following this, Eilish posted an image of Rayshard, with a furious caption.

She went on to ask her 65 million followers: “#justiceforrayshard!!!! WHY ISNT EVERYONE TALKING ABOUT THIS??”

Many fans rallied behind her, praising the pop star for speaking out.

One wrote: “Yesss I’m with you enough is enough.”