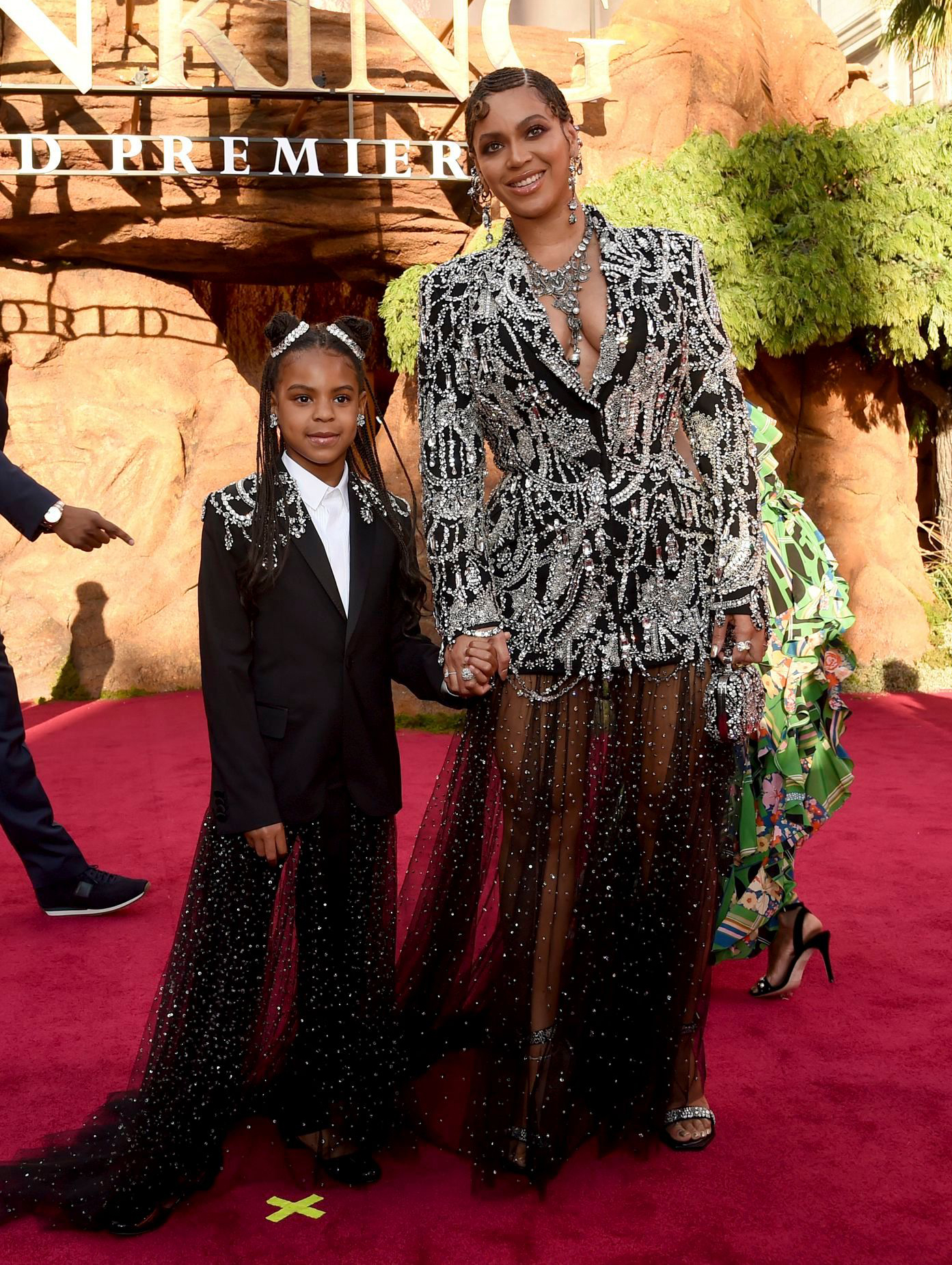 Big spender! Blue Ivy, the eldest daughter of Beyoncé and Jay-Z, accompanied her parents Wearable Art Gala — and she had her eye on the prize.

There They Are! See Beyonce, Jay-Z’s Rare Family Photos With 3 Kids

Blue Ivy, 10, couldn’t resist bidding more than $80,000 for a pair of diamond Lorraine Schwartz earrings during the Saturday, October 22, auction. Quinta Brunson, for her part, shared footage while cheering on the elementary schooler’s jewelry pursuit. 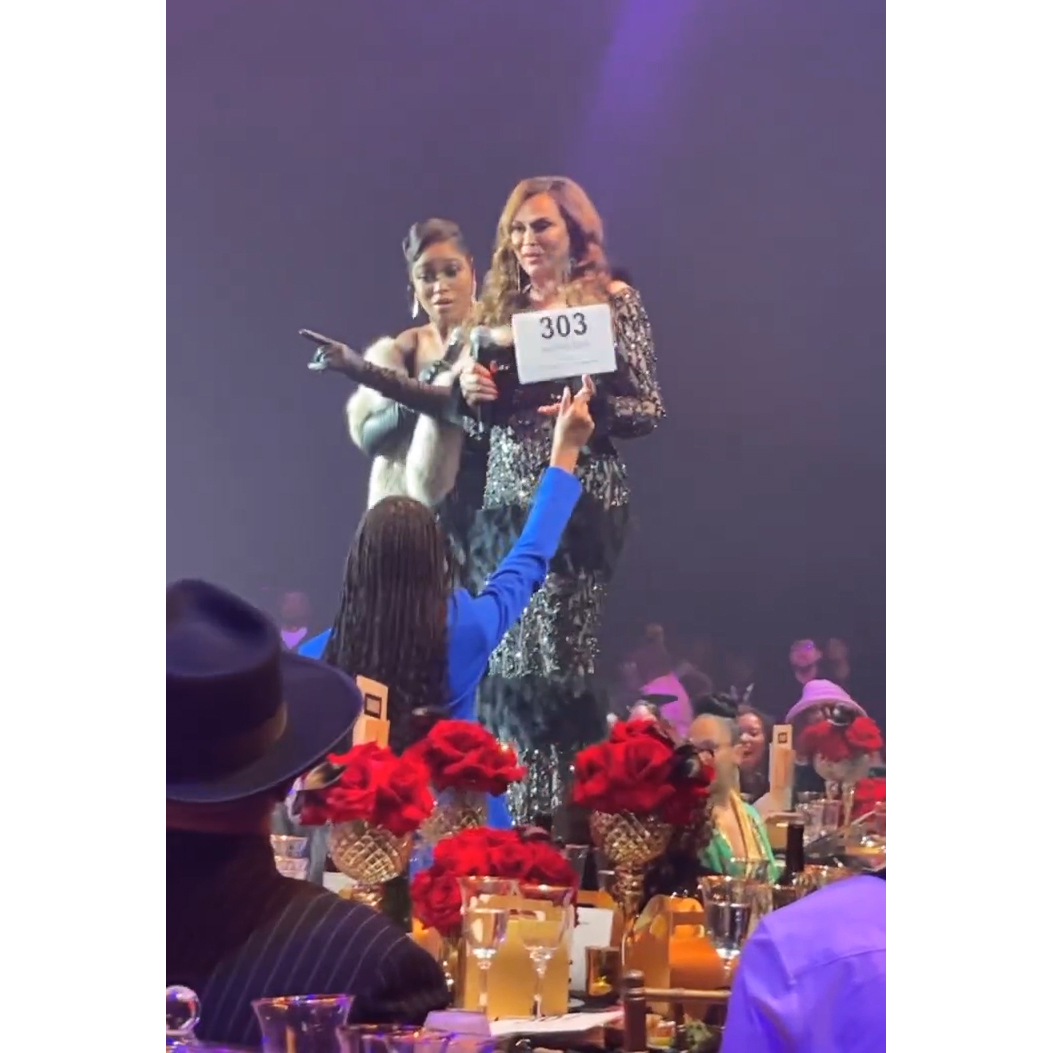 The Abbott Elementary star, 32, screamed after the preteen placed her bid. “Blue! She’s so rich,” Brunson joked in her Instagram Story video.

Blue Ivy — who wore a blue suit during the event — was ultimately outbid by Mielle Organics founder Monique Rodriguez, who paid $105,000 for the earrings previously owned by the 41-year-old “Single Ladies” songstress.

While the little one had her parents’ approval to donate to the cause, her mom and dad also turned heads during their rare public appearance. Beyoncé stunned in a strapless black and white gown with pink gloves.

While the Dreamgirls actress and Jay-Z live a fiercely private life with their little ones, it’s clear Blue Ivy already has a taste for the fabulous life and pursuing music.

“Blue Ivy is just so incredible and reminds me of Beyoncé so much,” the Ivy Park designer’s father, Mathew Knowles, exclusively told Us Weekly in May 2020. “Sir, he just wants his world to himself. [His twin sister], Rumi, reminds me of Solange.”

The record producer, 70, added at the time: “I think we all see [Beyoncé’s musical talents] in [Blue]. Just like I saw it in Solange and Beyoncé when they were growing up. They’re just about the passion because when we live in our passions, we don’t have to work a day in our lives. … I just want them to find their passions and put in the work ethic and they’ll be successful.”