BENIDORM mayor Toni Perez has promised British holidaymakers won’t have to sunbathe inside plexiglass cubicles when they can flock back to the famous Costa Blanca resort after lockdown.

The office-style cubicles have been touted as a possible solution for tourists dreaming of an early return to Mediterranean beaches. 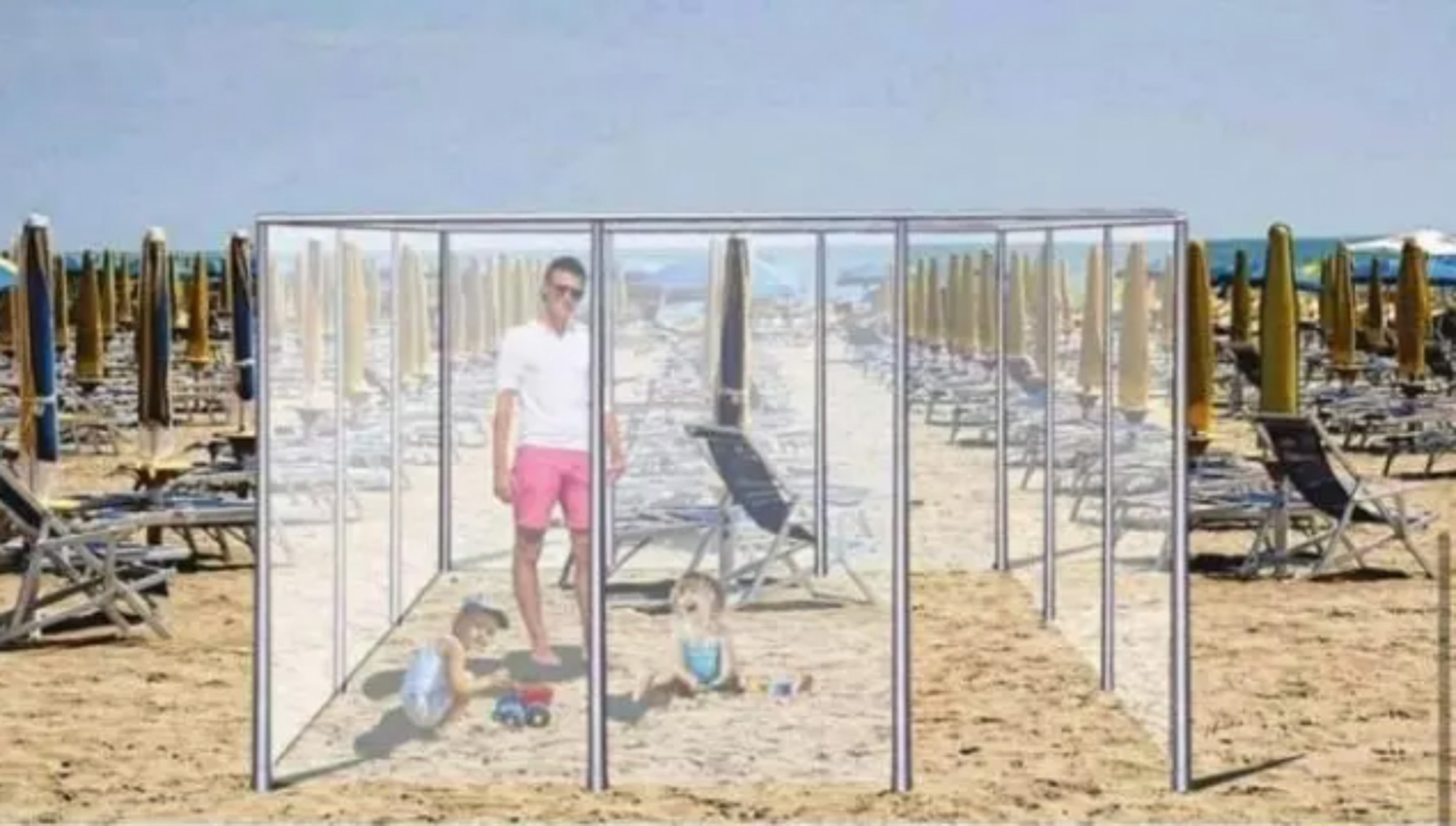 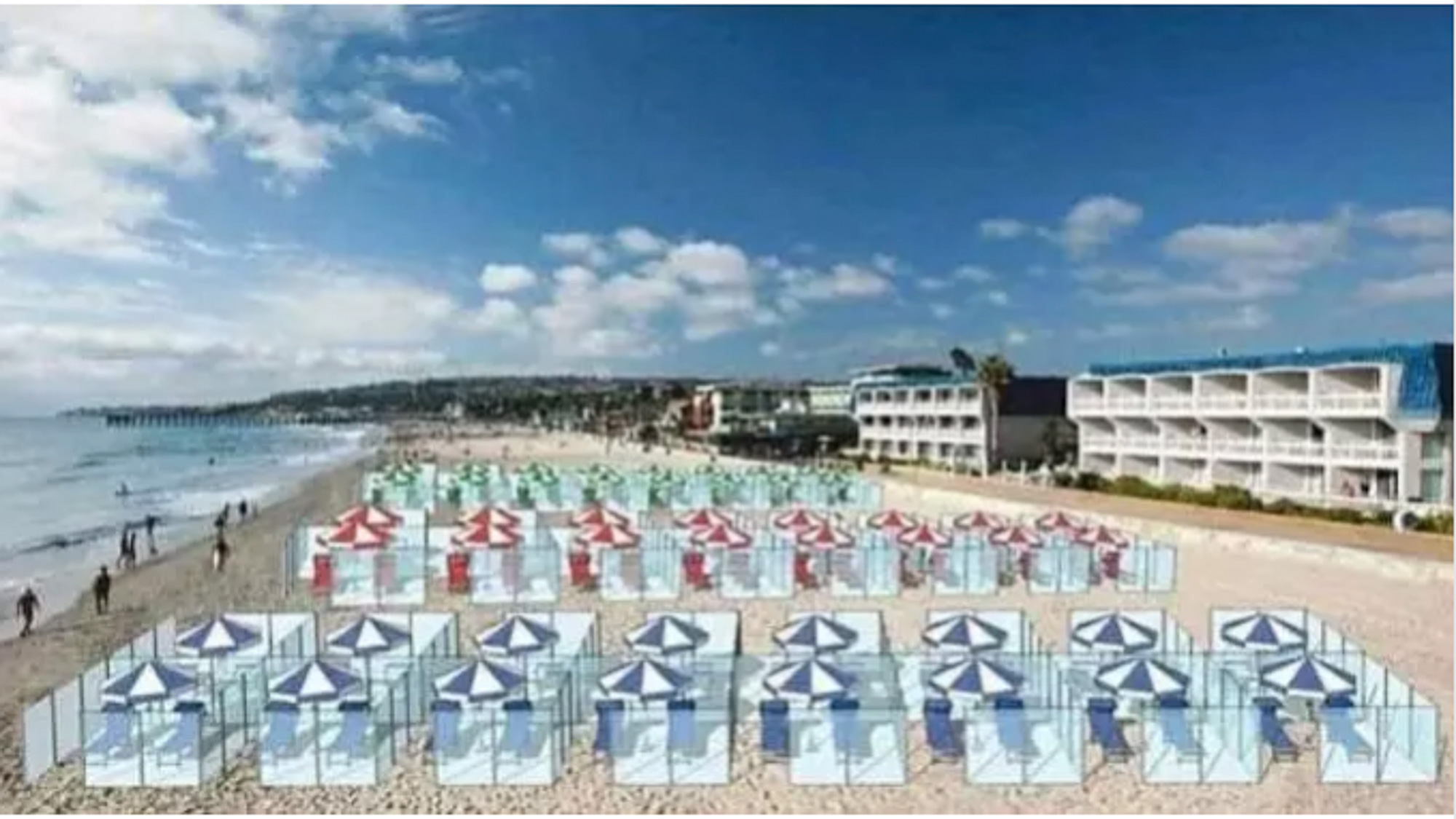 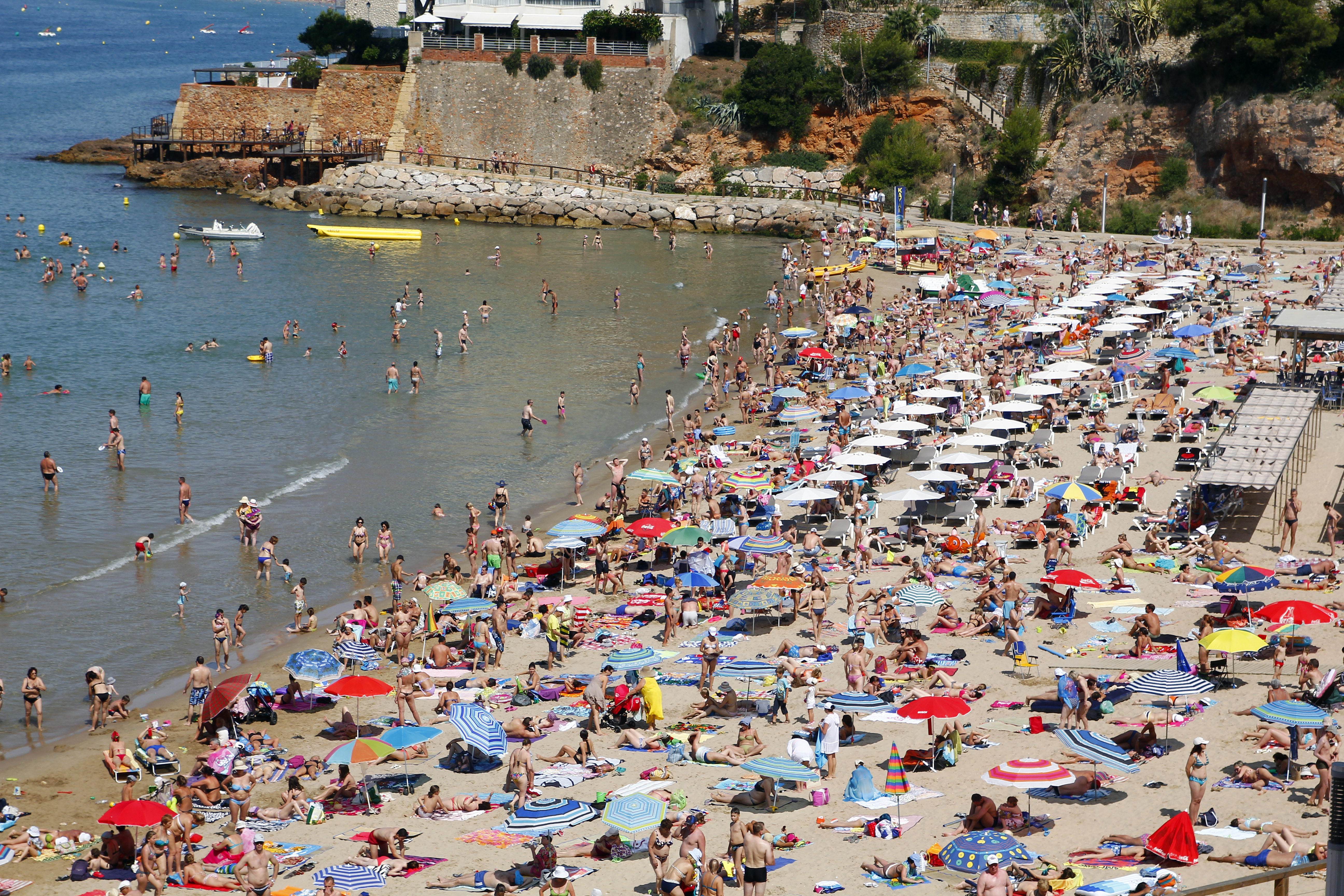 An Italian firm was the first to suggest them and two Malaga-based engineering students then went public with their designs for plastic screen dividers to ensure sunbathers were able to keep a safe distance from each other.

The two metre high walls would be 4.5m wide, with people on the beach made to sit inside them when visiting.

Mr Perez insisted on Friday that the Spanish resort town of Benidorm had already decided they were not the way forward.

He said: “We’ve rejected them mainly because they wouldn’t let the air circulate and in July and August that would create unbearable temperatures for people sunbathing on the sand.”

“We also believe they could be the best ally of the virus in terms of what’s left on them when other people turn up the following day to occupy that spot.”

He added: “There’s a lot of ideas and we’re in the process of prioritising and finalising them.

“The amount of people using our beaches will need to be controlled.

“I am sure Benidorm will be leading the way in putting into practice the first pilot projects and they will give visitors the maximum security possible so our beaches are safe from a health point of view.”

Mauro Vanni, president of the Italian Rimini lifeguards cooperative, also said people would "die of dehydration" if made to use them in the hot weather.

Benidorm’s Levante beach can attract up to 25,000 visitors on a good day in summer. It’s other main beach, Poniente beach, tends to attract around 15,000 people in high season.

The Costa Blanca resort, which last year became the world’s first Smart Tourist Destination, is expected to rely heavily on technology to bring down the number of people that can use its beaches if as expected the coronavirus crisis rumbles on until next year when a vaccine could become available.

Further north in Canet d’en Berenguer near the east coast city of Valencia, local authorities are working on a system of individual beach patches which locals and tourists can reserve with a mobile phone app.

Mayor Pere Antoni Chorda said beach-goers would receive a QR code on their smartphones after reserving their space.
Up to 20,000 people use the beach in the high season.

Mr Chorda told local media the idea was to divide the beach into four areas of 250 metres and designate areas for families or individual users to make sure social distancing was respected.

He added: “Each plot will have a QR code we will send to peoples’ mobiles and to use it they’ll have to make a reservation using an application.” 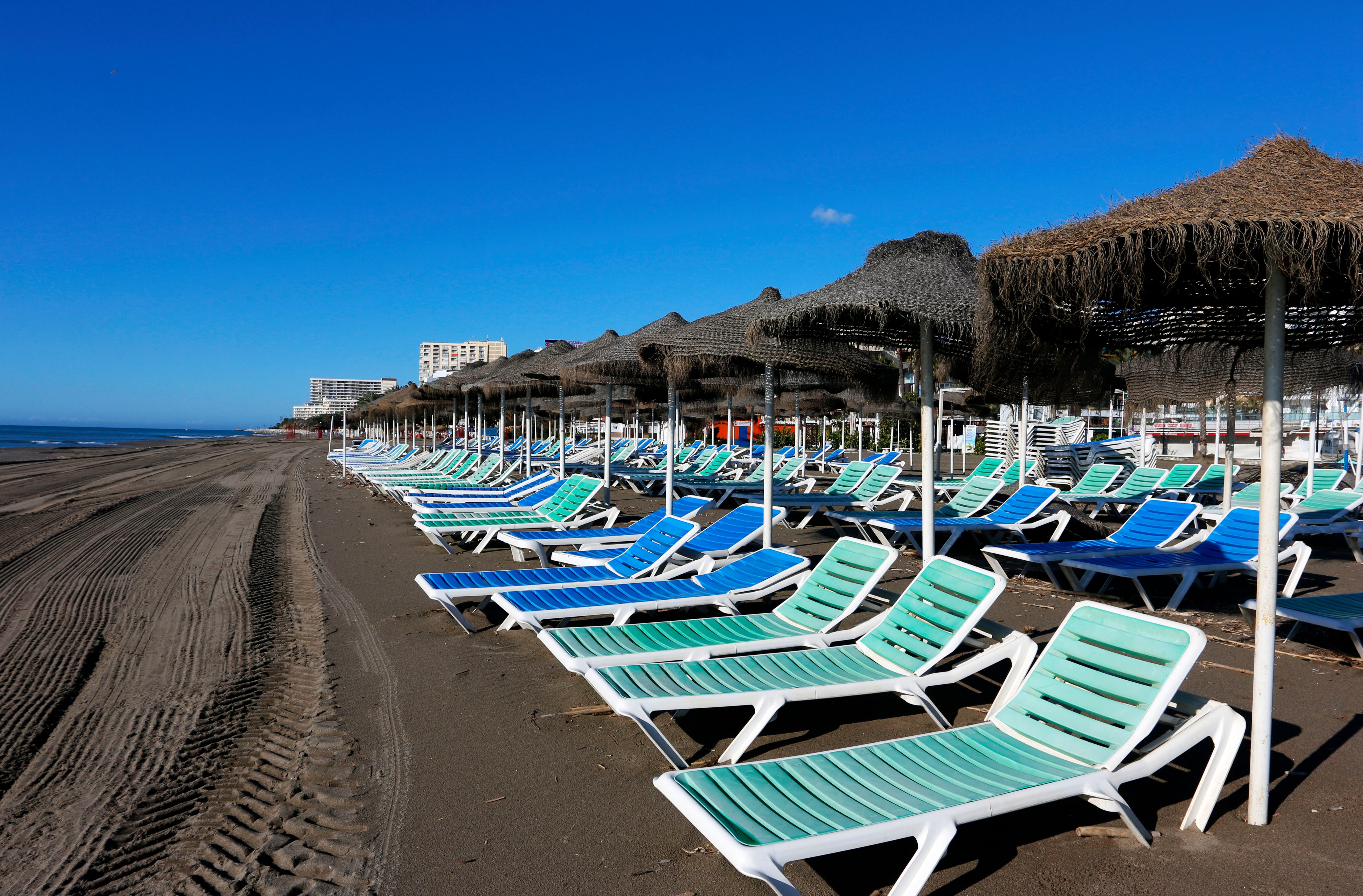 The famous Costa Brava resort of Lloret de Mar has announced it will re-open its beach with reserved areas for the elderly and families.

Lloret de Mar’s mayor Jaume Dulsat says the resort’s two main beaches will be divided into three areas – one for OAPs, another for families and a third for adults without children.

More than 30 security personnel are set to be hired in the run-up to the summer to ensure the rules are obeyed.

The pioneering measure will be applied on the beaches of Lloret and Fenals, the busiest of the popular Costa Brava resort which attracts visitors from all the world on package tours.

Around 70 per cent of Lloret’s tourists are foreigners, with Brits second only to the French.

The resort was the scene of a double tragedy in May 2015 when two tourists from Birmingham drowned after being knocked over by a wave as they posed for photos.

Lisa Coggins and Tracey Aston were on a girls’ holiday with three other friends.

Costa beaches are not due to fully re-open until June 8 at the earliest as part of a four-stage coronavirus recovery programme announced by Spanish PM Pedro Sanchez last week.

The Costa del Sol is seeking permission to re-open its beaches on May 25.

At the moment the only people allowed in the sea are those doing individual sport including surfing and kite-surfing.

No date has been given for the possible return of the British and Irish tourists who have made Spain their favourite holiday destination.

Questioned last week about the return of tourists from other European countries, Spain’s Tourism Minister Reyes Maroto said her intention was that they “returned soon and with maximum safety guarantees, if the health and travel situation made it possible.”

Beaches in Italy are also considering similar measures with roped-off pathways to the sea, distancing between sun loungers and an end to queues at beach bars are all potential changes that could be enforced.

Spain is the top destination for British tourists, with around 18 million people from the UK visiting the country normally every year.

Around one in four Benidorm tourists come from the UK according to the local hotel association Hosbec, although this summer the emphasis is expected to be more on national tourism.

Spain imposed a strict lockdown following the Covid-19 pandemic, which has killed more than 24,000 people, the third highest total in Europe after the UK and Italy.

It is unclear what traveling abroad will look like in the coming months as some experts suggest social distancing may be needed until 2022.

Researchers have added that without new treatments, a resurgence in Covid-19 could occur as far in the future as 2025.

In Spain, tourists may be forced to remain 6ft away from each other on beaches even after the pandemic. 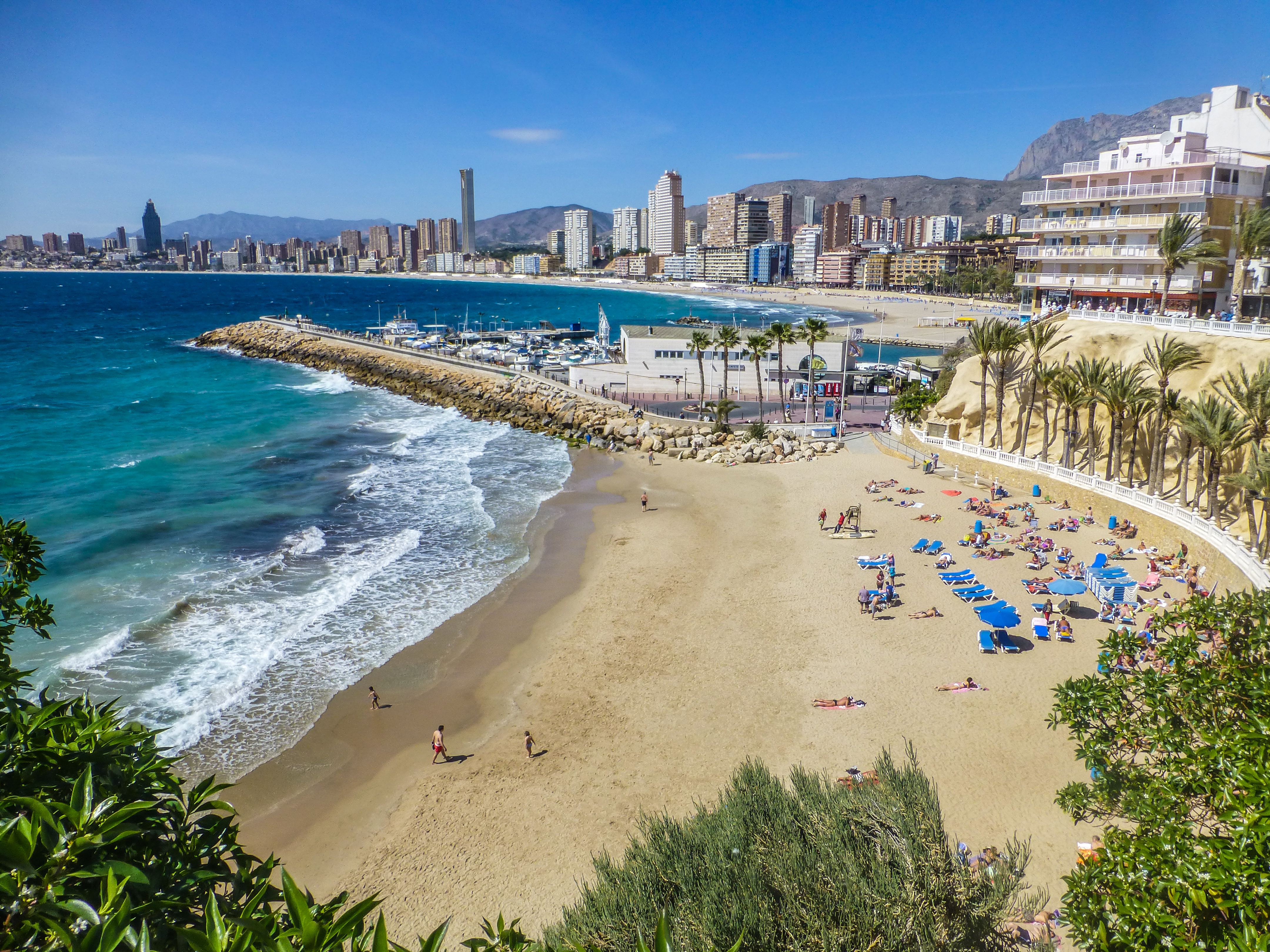