Team GB gymnast Becky Downie has pledged to continue in her quest to be selected for the Tokyo Olympics despite the tragic death of her brother.

Josh Downie, 24, suddenly collapsed with a heart attack during a cricket nets session in Birkenhead, Merseyside, last Thursday and passed away in hospital that night.

Becky, 29, and her 21-year-old sister Ellie were in Cardiff preparing for Olympic selection trials when they were informed of the devastating news and withdrew from the behind-closed-doors competition. 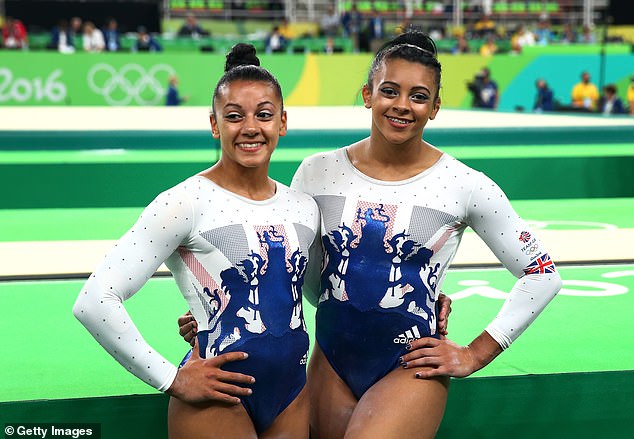 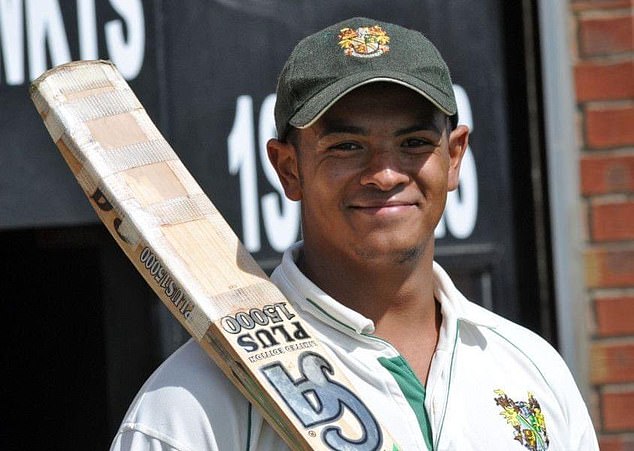 Josh Downie, 24, passed away after suffering a heart attack during a cricket nets session

A British Gymnastics panel were due to meet on Monday to pick the four women they would take to Tokyo, largely based on performances at the Cardiff trials.

However, they will now delay their selection to give the Downie sisters another opportunity to try out for the team following the family tragedy – a chance Becky has confirmed she wants to take.

Posting a video of her training on Twitter on Monday, Becky wrote: ‘The hardest three days of my life but I didn’t come this far to only come this far.

‘I know Josh would want me to take it as far as I could go and I owe it to myself to finish what I started. Doing it for us both.’ 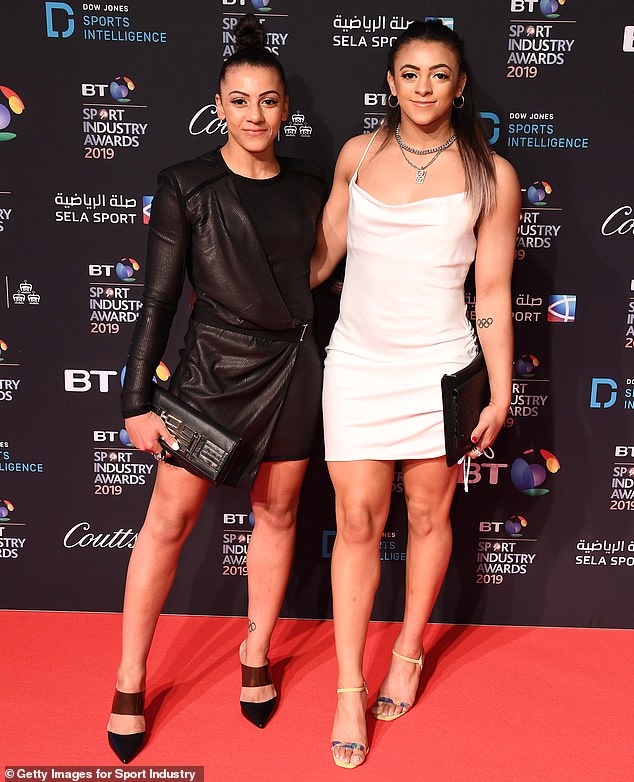 The two sisters, who both won medals at the 2019 World Championships, found out about their brother’s sudden passing before the Olympic trials and subsequently withdrew 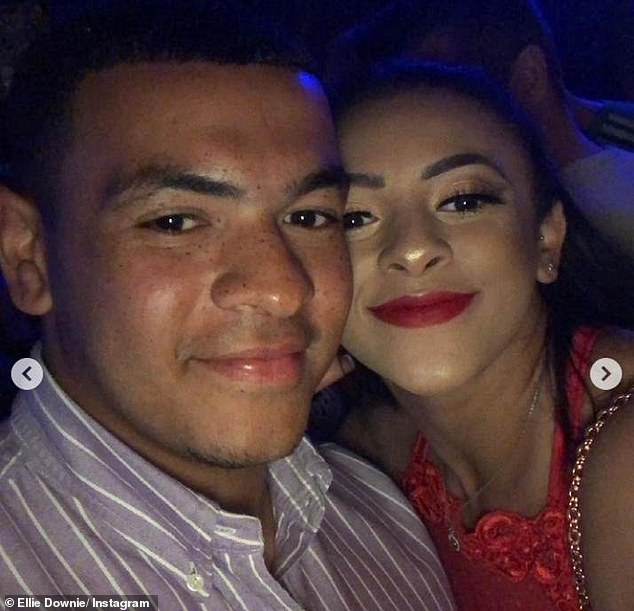 Youngest sibling Ellie shared this picture of her with her brother, who died after collapsing last Thursday despite having no known health problems

Becky and Ellie both won medals at the 2019 World Championships and were among the favourites to gain selection heading into last week’s trials.

A British Gymnastics spokesperson said: ‘The most important thing right now is for us to support Becky and Ellie and provide them with the support and space they need at this difficult time.

‘Ongoing discussions are taking place with all relevant parties around any next steps regarding gymnastics and future plans.’

PE teacher Josh had no known health problems with his mum Helen saying his death was ‘completely out of blue’ and had ‘left a massive hole in our lives’.

Becky and Ellie, who also have another brother and sister, posted tributes to Josh on social media over the weekend. 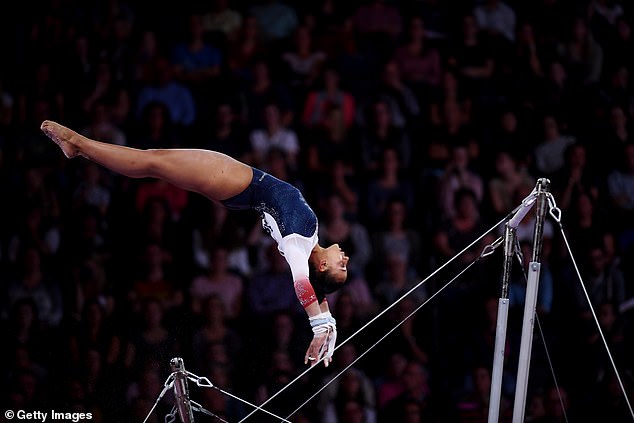 Becky, 29, confirmed her intentions to continue her Tokyo 2020 bid despite the family tragedy 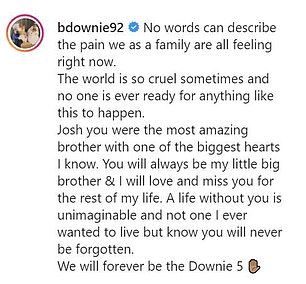 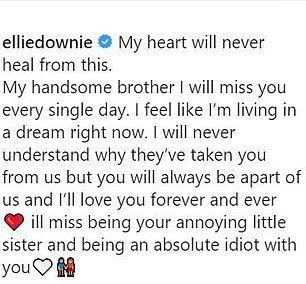 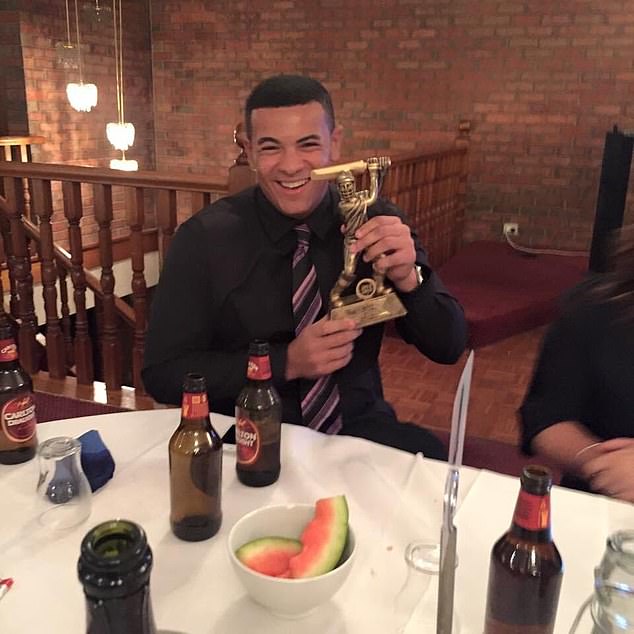 Ellie wrote: ‘My heart will never heal from this. My handsome brother, I will miss you every single day. I feel like I’m living in a dream right now.

‘I will never understand why they’ve taken you from us but you will always be a part of us and I’ll love you forever and ever.’

Becky posted: ‘No words can describe the pain we as a family are all feeling right now. The world is so cruel sometimes and no one is ever ready for anything like this to happen.

‘Josh you were the most amazing brother with one of the biggest hearts I know. You will always be my little big brother and I will love and miss you for the rest of my life.

‘A life without you is unimaginable and not one I ever wanted to live but know you will never be forgotten.’