‘Last night was tough’: BBC’s You Me And The Big C podcast star Deborah James shares candid photo as she lies in pain and confesses she is struggling after cancer surgery

The host of the BBC’s You, Me And The Big C podcast has shared a candid photograph as she struggled with pain after having a cancer operation.

The BBC podcaster Deborah James, 39, from London, known as Bowel Babe, has had 17 tumours in her lifetime and was told in January she was cancer-free.

However the married mother-of-two said doctors discovered news signs of her bowel cancer which required surgery and she underwent an operation earlier this week.

After initially saying the surgery had ‘gone well’, she posted a photo today on Instagram as she rested her head in her hands and writing: ‘Last night was tough…It’s all about pain management and I’m not very good at that because I hate feeling out of it on the strong stuff.’ 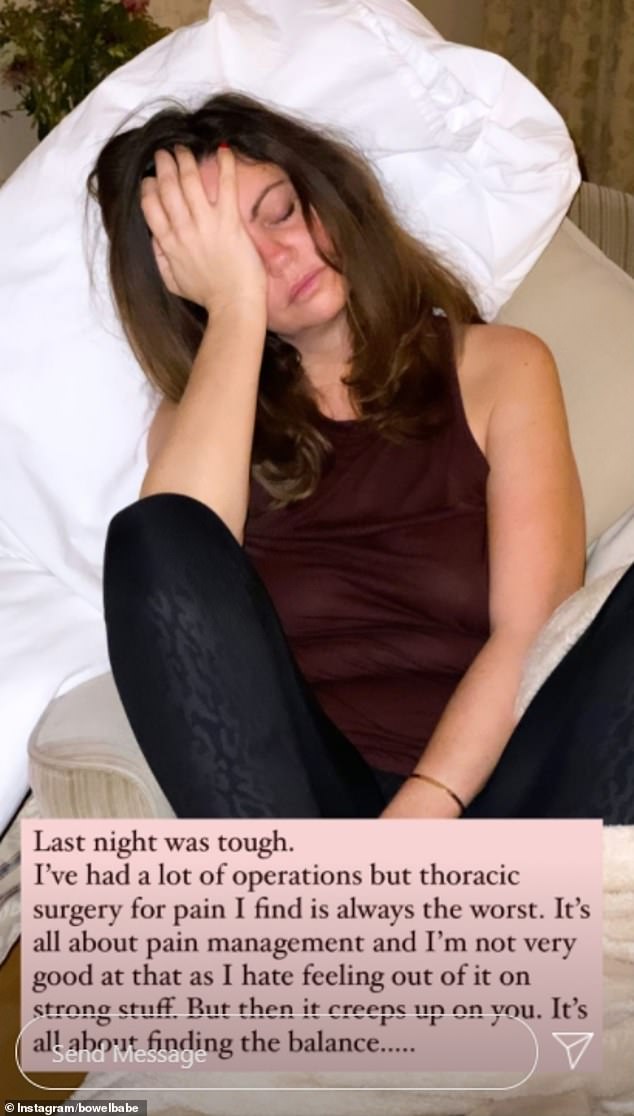 BBC podcaster Deborah James, 39, known as Bowel Babe, has shared a candid photograph as she had a ‘tough night’ of pain after having a cancer operation

She posted: ‘I’ve had a lot of operations but thoraric surgery for pain I find is always the worst.’

She continued to say the pain ‘creeps up on you’, saying: ‘It’s all about finding a balance.’

Later she shared a clip as she spoke about her challenging few hours, saying: ‘Fair to say I had a rough night.

‘Post operative pleuratic chest pain is the worst. And not managing pain properly – it comes back to bite you.’ 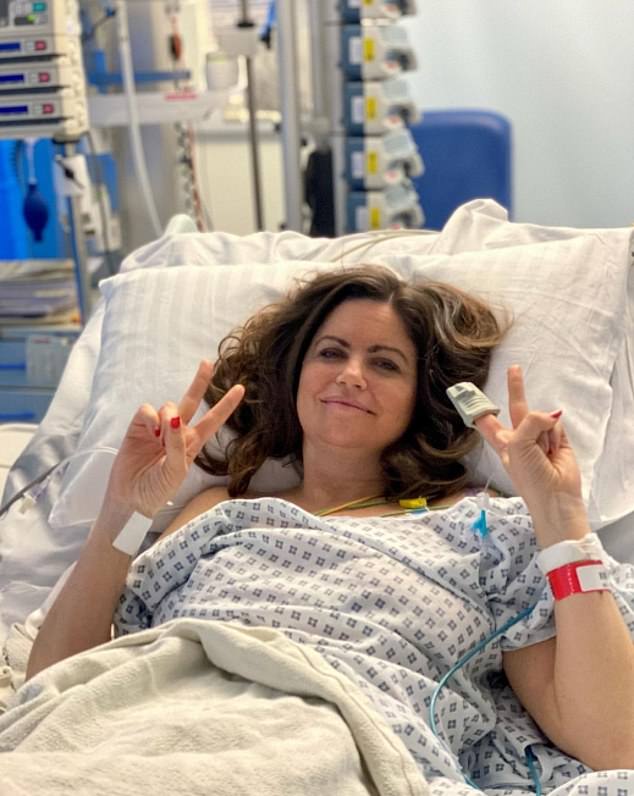 She continued: ‘Really fine balance between not wanting to be out of it and the pain killer side effects and the pain.

‘I get the balance wrong. I thought I could just take parcetamol and it would be fine. But then to get back on top of it takes an extra effort.’

Earlier this week, she told Instagram followers her operation ‘went well’ and that she has been ‘let out early for good behaviour’.

She added: ‘Back to parents for a few days for a bit of TLC and less risk of infection from my walking little ”snot bags” (who I can’t wait to see very soon!)

‘Everything is a bit blurry. But I do know I cried on a lot of people! 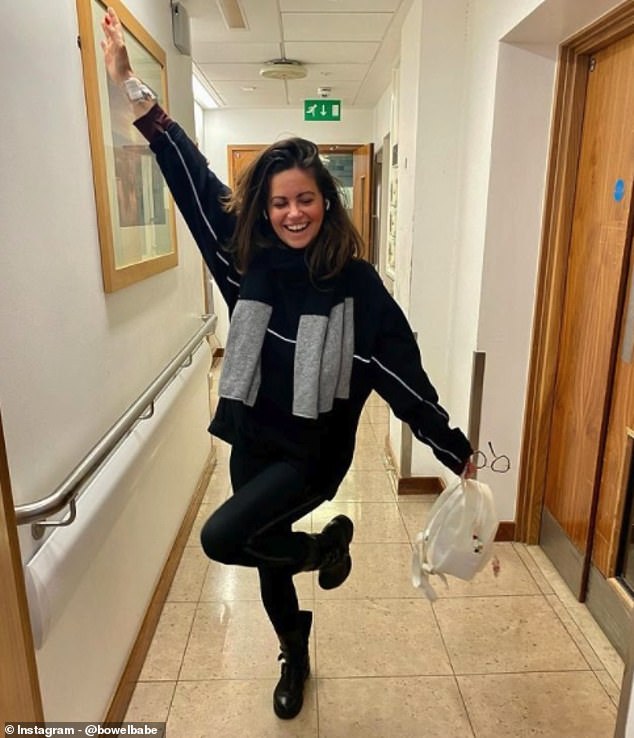 The host of the BBC’s You, Me And The Big C podcast, had earlier said the operation ‘went well’ and she had been released from hospital

Remaining typically upbeat, she said the disease was ‘stable’ thanks to a suite of ground-breaking drugs.

Speaking ahead of surgery last week to remove a small cancerous ‘node’ in her chest, she said: ‘Everything else is in a positive place… I don’t have any other signs of cancer in my body.

‘My cancer is stable – and that’s because of these drugs.’

The drugs include Braftovi, which has just been approved for use on the NHS in combination with another drug. Miss James has been taking the non-chemotherapy drugs since August last year. ‘I am alive thanks to these drugs,’ she said.

Deborah said she has seen ‘many friends’ who she met through cancer die in the four years since her diagnosis. One was a fellow host of the podcast, Rachael Bland, who died of breast cancer in 2018, aged 40. 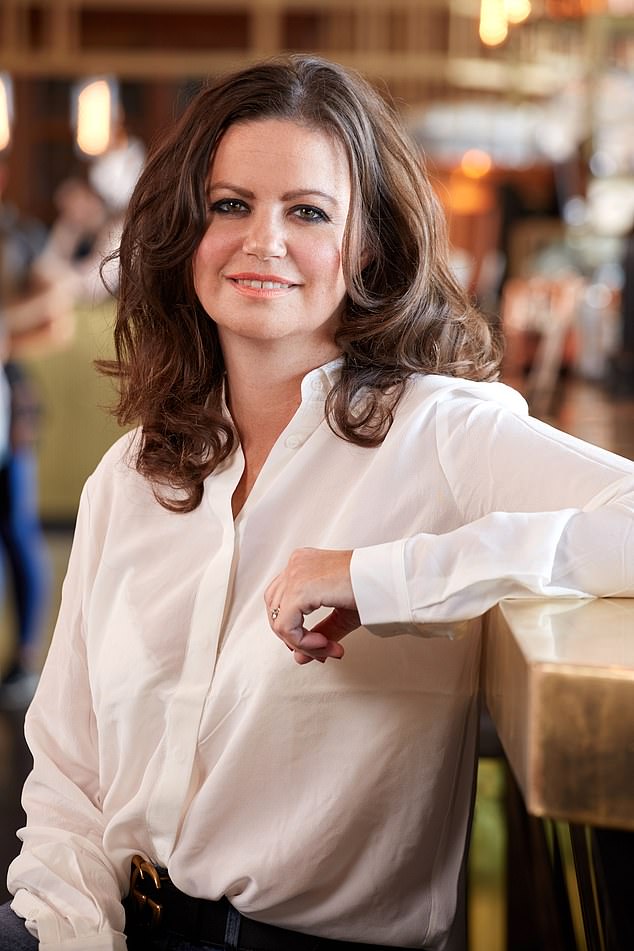 Deborah James, pictured, was told that she was disease-free in January. The 39-year-old mother-of-two revealed doctors found new signs of bowel cancer which required surgery 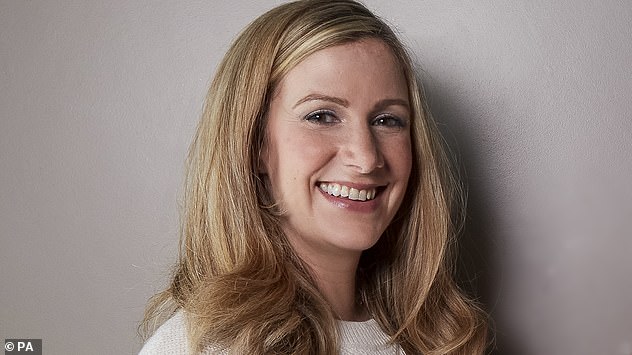 Ms James hosted the You Me And The Big C podcast along with Rachael Bland, pictured, who died in 2018 of the disease aged 40

Surviving when others passed away has, she admitted, made her feel ‘guilty’ but at the same time ‘grateful to be alive’.

Despite the return of her cancer – which had already required operations to remove 15 tumours and 24 rounds of chemotherapy plus radiotherapy – she has set her sights on a trio of achievements next year: to run the London Marathon again, celebrate her 40th birthday and reach the five-year mark of living with cancer.

The ex-deputy headteacher, now a bestselling author and columnist, said: ‘On paper, I shouldn’t be doing any of that. So to do so would be quite cool.’

The cancer first reappeared in May, when two cancerous lymph nodes were removed. The latest is in a third node.

Approval by drugs regulators means about 1,400 advanced bowel cancer patients will now get the Braftovi combination. Miss James said it would bring hope to thousands.

Bowel, or colorectal, cancer affects the large bowel, which is made up of the colon and rectum.

Most cases have no clear cause, however, people are more at risk if they:

More than nine out of 10 people with stage one bowel cancer survive five years or more after their diagnosis.

This drops significantly if it is diagnosed in later stages.

According to Bowel Cancer UK figures, more than 41,200 people are diagnosed with bowel cancer every year in the UK.

It affects around 40 per 100,000 adults per year in the US, according to the National Cancer Institute.