The Dutchman has already presided over ten games in 2021 with SEVEN more games to go this month. 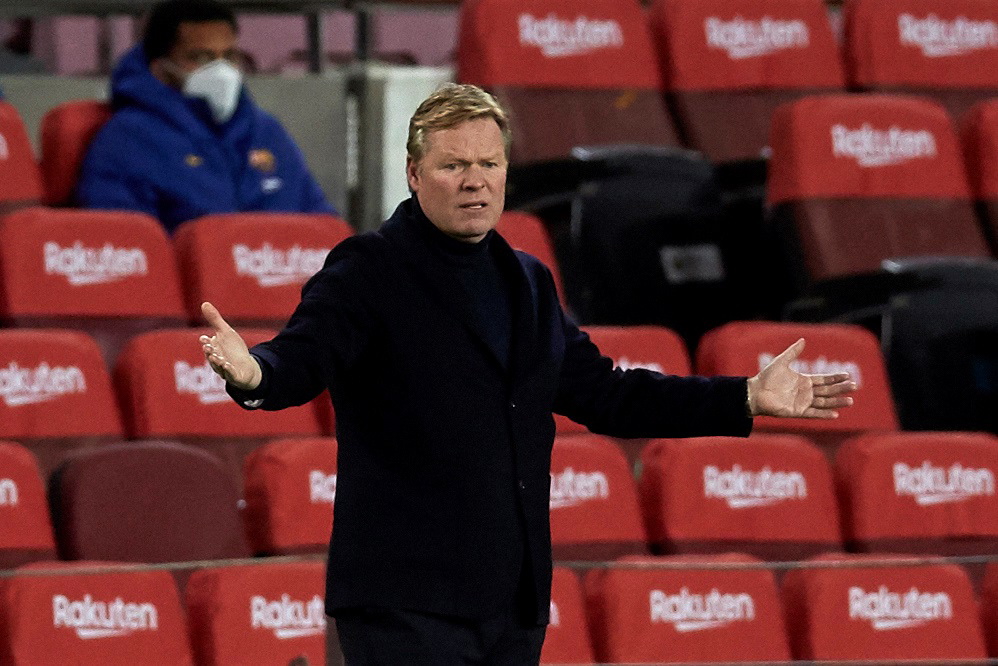 The Catalan giants' manager has implored Fifa and LaLiga to do more to protect the welfare of his stars.

This season started later than usual and with restrictions caused by the coronavirus pandemic – players are being asked to take the field more frequently than ever before.

Koeman, 57, told Marca: "It is difficult. The number of games that the big teams have, with three competitions, on top of the Covid situation, makes everything more difficult.

"You have to talk with the players to see how they are physically, their feelings.

"Sometimes you have to give someone a rest to be able to have everyone in the best condition."

Barca's mega run starts with tonight's league game away at Real Betis before they are back down in Andalusia to face Sevilla in the Copa Del Rey on Wednesday.

Speaking on Saturday, Koeman said: "If we count tomorrow's game and Wednesday's game, there are 12 games in a row, of which 11 are away from home.

"And that's playing at 9pm, coming home at 3am in the morning. It is difficult for the players to be able to play all the time. We need help."

BEST BETS TODAY: GET THE TOP PRICES AND BOOSTS AVAILABLE

Koeman pleaded with footy chiefs to take action as he added: "I hope that one day Uefa or LaLiga will think about the number of games and what this does to the players.

"It is not normal. The games we've had to play, the trips, the schedules, playing the Supercopa between four teams, in my opinion, it is a lot.

"Each coach has his opinion about the fixture schedule that the players have to go through. I think this has to stop, it's killing the players. We will have many injuries as a result of this. It is impossible.

"Hopefully one day they will make a decision to help the players with their fitness."

I think this has to stop, it's killing the players. We will have many injuries as a result of this. It is impossible."

The Spanish giants are set to lose skipper Lionel Messi in the summer with the Argentine's contract expiring.

Messi is said to be 'tired and frustrated' at continued links with European opponents PSG.

But former Barca and Brazil icon Rivaldo admitted the skipper is 'increasingly likely' to leave the club due to their 'bad agenda'.