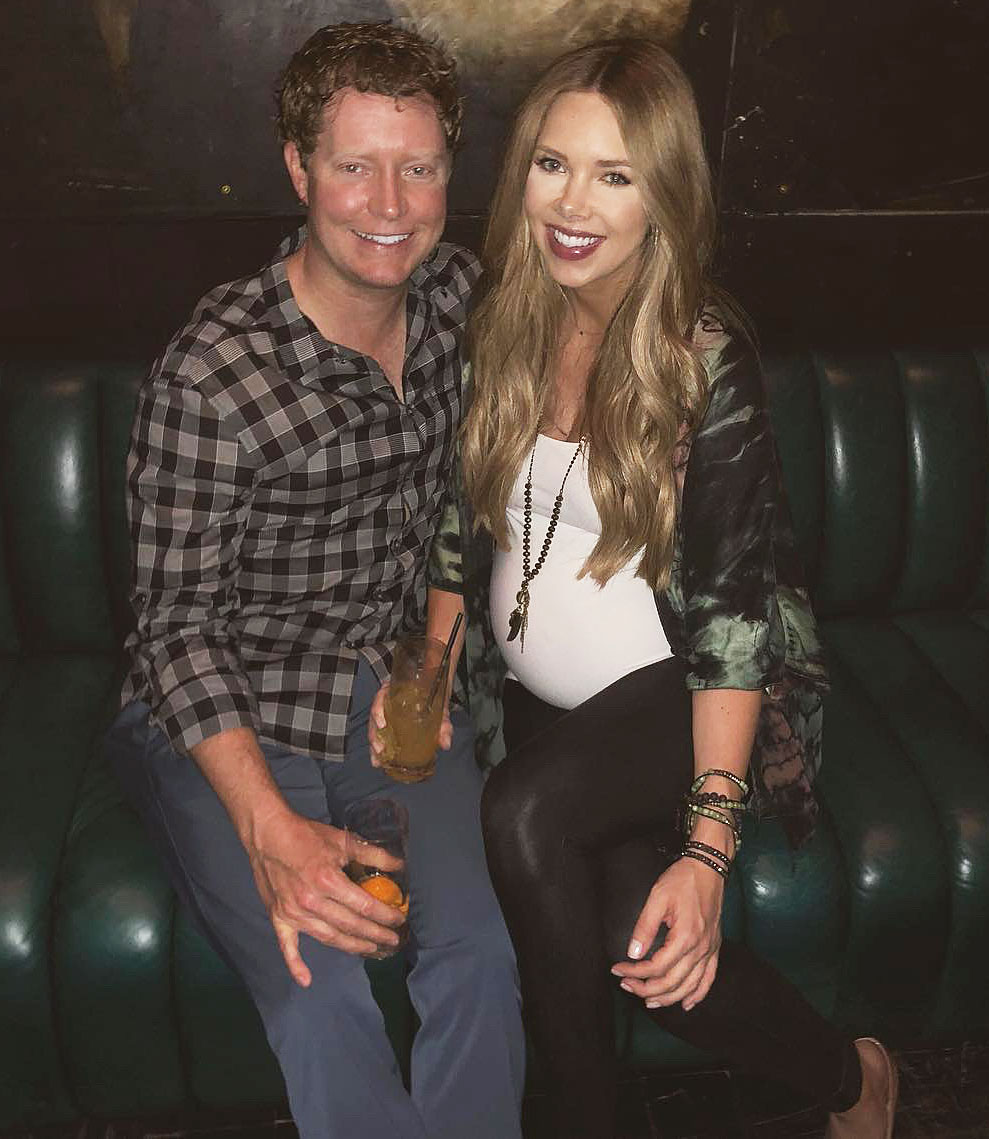 “My baby boy became a big brother and it was magic!” Travis wrote via Instagram on Friday, March 6. “Josephine James Hamm – 8.2 lbs, healthy, and so so loved ? Happy Birthday, Josie! You have quite the fan club already.”

Travis, 33, shared a series of black-and-white photos of her family, including her husband, their 21-month-old son, Henry, and their newest bundle of joy following Josie’s birth. She also posted a close-up shot of the baby girl via her Instagram Stories, writing, “Hey, Gorgeous.”

The former reality star announced in August 2019 that she was pregnant with baby No. 2. “Someone is going to be swinging into 2020 as a big brother!!!” the marketing executive captioned her Instagram reveal at the time, featuring her son, Henry, in a “Big Bro” T-shirt. “Baby Hamm #2 due early March. He’s smiling because he can’t read what his shirt says yet.”

The Georgia native, who competed for Juan Pablo Galavis’ heart on season 18 of The Bachelor, also showed off her baby bump and opened up about her pregnancy via Instagram Stories.

“We planned to start trying in October. I was going to give it 3 months of trying naturally and then start another round of IVF in January,” the former ABC personality wrote at the time. “I’ve always wanted kids close in age … but as I got into the swing of being a mom I really just wanted to enjoy Henry at each stage he was in without the stress of planning and IVF. This pregnancy was such a welcomed surprise. And timing is perfect.”

Travis went on to write, “I love boys. They’re the best. And I feel like a boy mom. But I want a little girl since it may be our last babe. … If it’s a girl she will be Josephine ‘Josie’ after my dad, Joseph, that passed away a few years ago.”

She and Hamm tied the knot in April 2016 and welcomed their baby boy two years later. “He’s here and he’s obviously perfect,” the Travis captioned her son’s debut. “Henry Steven Hamm, born 6.5.18 and weighing 7lb 15oz. Yes, I know he looks just like his dad, but I’ll gladly take the womb title for this guy.”

She told Us Weekly at the time: “We are in love. He’s doing great. He is the best baby.”