A former Virginia congressional candidate who admitted to being an advocate of pedophilia to HuffPost during his 2018 campaign run, has been arrested for allegedly kidnapping a 12-year-old girl and transporting her across the country for sex.

Nathan Daniel Larson, 40, was taken into custody at a Denver airport last week after allegedly attempting to fly with the child from her home in California to his home in Virginia while she was disguised with a wig, authorities said Saturday.

Larson’s alleged scheme was thwarted after the child was reported missing by her parents that same morning. An ensuing investigation revealed she may have been coerced into running away with an older man, later identified as Larson, whom she met on social media in mid-October, the Fresno County Sheriff’s office said. 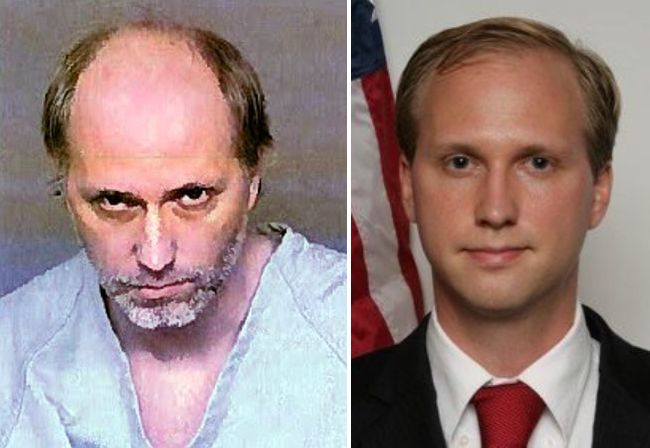 “During the investigation, detectives uncovered Nathan Larson has a deeply disturbing background. He is a white supremacist and a well-known advocate for pedophilia. This is a man who runs a website, which encourages the raping of children and sharing of naked photos and video of children being raped,” the sheriff’s office said.

Authorities said Larson had convinced the girl, “through manipulation and grooming,” to send him pornographic images of herself over the last two months. Then on the morning of Dec. 14, around 2 a.m., he convinced the girl to sneak out of her Fresno home and travel to an airport with him in a ride-share vehicle. Once at the airport, authorities said Larson instructed the child to wear a wig to alter her appearance and to pretend that she was disabled and unable to speak, to ensure that she would not speak with anyone as they boarded a plane to Washington, D.C.

Investigators determined Larson’s travel itinerary and during the flight’s layover in Denver located him with the girl and placed him under arrest. The child was uninjured and arrangements were made to have her reunited with her family in Fresno later that day.

Larson was booked into the Denver County Jail on a misdemeanor charge of harboring a minor. He faces additional felony charges in Fresno County for kidnapping, child abduction, soliciting child pornography from a minor and meeting a child for the intention of sex.

On Thursday, a search warrant was carried out at Larson’s Virginia home and electronic devices were taken into custody. During this search, Larson’s father, 69-year-old Arthur Larson, allegedly assaulted a Homeland Security Investigation agent, leading to his arrest on assault and battery charges, the sheriff’s office said. 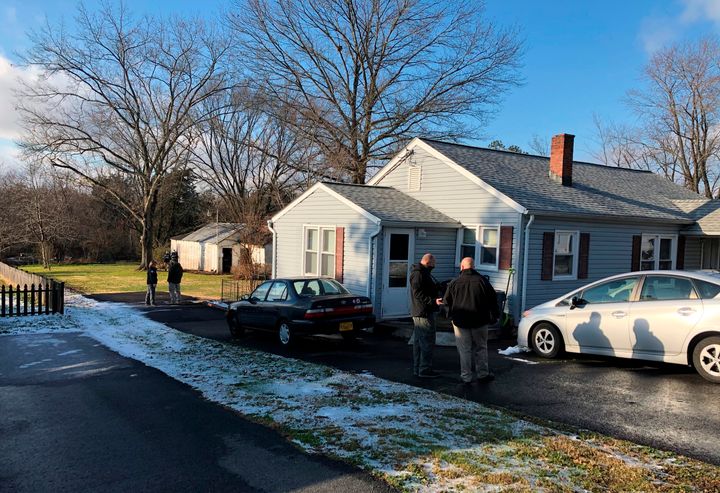 Authorities are warning that they may be other victims out there and have implored parents to monitor their children’s internet usage, be aware of the computer programs they are using, and to “keep the dialogue open with their children in order to build trust.”

“Due to the sophisticated nature of how Larson groomed this Fresno girl, detectives believe he has victimized other children in the past, but those cases have never been reported to law enforcement,” the sheriff’s office said.

Fresno Sheriff Margaret Mims asked members of the public to contact their local authorities if they have any suspicions of abuse, by Larson or anyone else.

“This isn’t a case of it only happening to one person. It’s happened, we’re sure, many, many times, across our nation and he’s not the only suspect. We believe there are other people out there trying to commit, if they haven’t already committed, the same kind of crimes, so please call your local law enforcement. Submit your tips to us so that we can save other children,” she said at a press conference Saturday.

Larson has a disturbing history that stretches back to at least 2008 when he sent a letter to the Secret Service that detailed plans to assassinate either then-outgoing President George W. Bush or incoming President Barack Obama. He was sentenced the following year to 16 months in federal prison and three years of supervised release. After completing his sentence, he moved to Catlett to live with his parents and work as a contract accountant, Virginia’s Fauquier Times reported.

In 2018 he unsuccessfully ran as an independent candidate in Virginia’s 10th Congressional District. In his campaign manifesto, he admitted to supporting the legalization of incestuous marriage, child pornography, the ability to rape and beat women as property, and white supremacy.

“A lot of people are tired of political correctness and being constrained by it,” he told HuffPost at the time. “People prefer when there’s an outsider who doesn’t have anything to lose and is willing to say what’s on a lot of people’s minds.”

In online posts to his website, he bragged of raping his late ex-wife and wanting to rape his young daughter who, at the time of his interview, was living with relatives. He told HuffPost that he relinquished his parental rights during a custody battle.

He withdrew from the congressional race before the 2018 election.