Mothers frazzled, exasperated and (let’s be honest) often bored at the demands of looking after small children might have surveyed Professor Margaret Reynolds’s life with envy.

She was — and still is — a leading academic, a writer and editor, a broadcaster, an expert on opera, a lover of travel and a well-known figure in literary circles.

Yet Reynolds added extraordinary layers of complication to that sophisticated lifestyle when she chose to adopt a child.

Single, in her mid-40s and having experienced early menopause, Reynolds (Peggy to her friends) quietly realised that her heart yearned for one thing: motherhood. 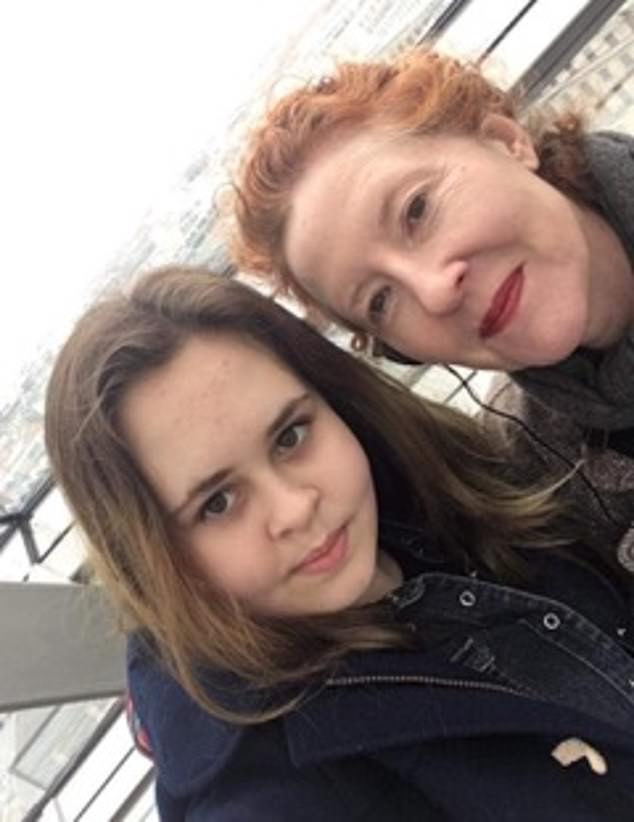 Author Margaret Reynold (pictured with daughter Lily) began her adoption journey when she was in her mid-40s, single and having experienced the early menopause

The majority of women become mothers quite casually, but for those who want to adopt, it is a long quest fraught with questions, doubts, bureaucracy, confusion, disappointment.

Most of us are aware of how hard it is to adopt a child —the process took Reynolds seven years of struggle — but nobody would deny that utmost care must be taken.

Having said that, her account of all the hoops she had to jump through, the panels she had to face, the mistakes she made, is enthralling and frustrating in equal measure.

Despite volunteering in a nursery and a school, and showing that she is willing and able to rearrange her life to accommodate a child, Reynolds (like many would-be adopters) meets initial rejections.

Early on she makes a colossal mistake in failing to disclose that, as well as being divorced, she has had a long relationship with a woman. 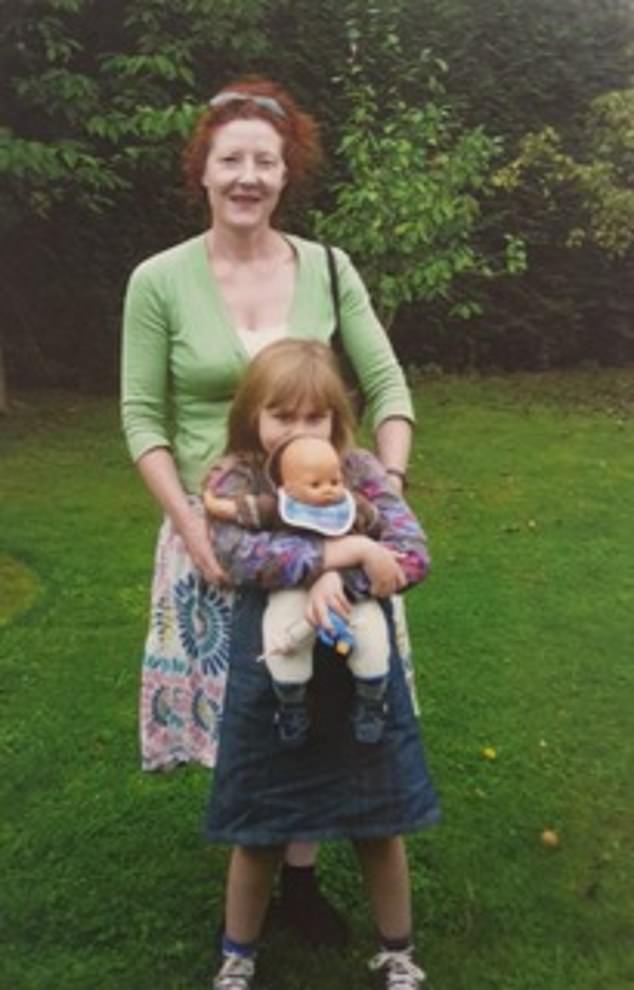 The adoption process took Reynolds seven years after being initially rejected, until she adopted a six-year-old girl, whose intelligence was noted by social workers but whose early years were chaotic

Her view was that it was irrelevant to her current situation, but to the social workers this was a breach of trust. Reynolds knew she had to ‘work hard to be given a second chance’ — and that the need for adopters was certainly there.

In 2017 in England and Wales, 90 children a day were taken into care. In that year 70,000 were being fostered. Reynolds calls the care system a ‘ghastly cycle’ — one that leaves the children with ‘no chance of developing the secure attachment that is so crucial in early years’.

Once you consider too the difficulties of inter-country adoption, which Reynolds also experienced, your head starts to reel with the knowledge that ‘there are millions of children living in institutions across the world and also on the streets’.

For Reynolds, Russia was out because they have an upper age limit and she was too old; many other countries only accept married couples. But she refused to give up, hoping, she said, that ‘the joy I see in the faces of my friends who are adoptive parents will be mine’. At last it becomes clear that Reynolds must apply for a domestic adoption of an older child.

A little girl is finally found — a child of six whose intelligence has been noted by social workers, but whose early years were (of course) chaotic. She has to be taken from foster carers and cries all the way to the quaint little home Reynolds has made ready in the countryside. 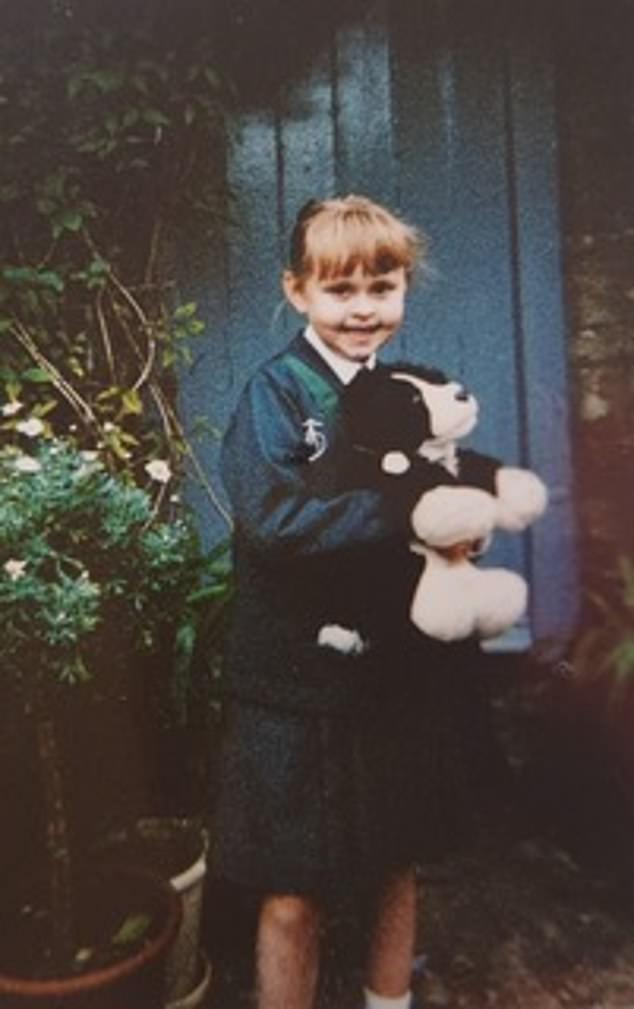 When Reynolds took Lily from foster carers and drove her home, Lily cried all the way and settled a couple of days later after the neighbour’s dog provided accidental therapy. In the final two chapters of the book, Lily, now an older teenager, is given her own voice

The first day is ‘ghastly’ as the little stranger won’t settle and refuses food. A couple of days later a neighbour’s dog provides accidental therapy, then little Lucy picks out a toy dog from the basket of donated toys and child and toy become inseparable. 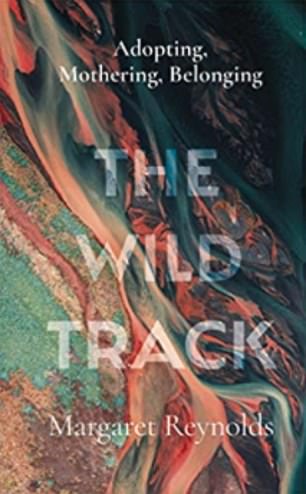 Reynolds is exhausted by the ‘many gulfs and gaps to negotiate’, but new mother and anxious child read Anne Of Green Gables again and again, and slowly get to know each other.

That child, now an older teenager, is given her own voice in the final two chapters of this beautifully written and intensely moving book. Lucy’s story, sparely told, is painful (‘I had been traumatised, neglected and moved more times than my age at the time of adoption’), unsentimental and mature.

The frightened child has become a self-possessed young woman. Both mother and daughter recount a magical snowy day of sledging, and Lucy notes that ‘one powerfully joyous memory can outweigh hundreds of negative memories, even if those negative memories will never be truly erased’.

Lucy’s name is on the title page — and deserves to be there. For this is the story of two women made more extraordinary by each other, who shared ‘the resilience to carry on’, and have been rewarded by a relationship almost too rich to be called ‘love’.