The WNBA announced the sale of the Atlanta Dream to a group that includes former player Renee Montgomery on Friday. It ends co-ownership that included conservative former Senator Kelly Loeffler, who was at odds with players last summer over their support of Black Lives Matter.

The sale to Montgomery, Larry Gottesdiener, chairman of national real estate company Northland, and Northland president and chief operating officer Suzanne Abair was unanimously approved by the WNBA and its board of governors, the league said.

“With the unanimous WNBA and NBA votes, today marks a new beginning for the Atlanta Dream organization and we are very pleased to welcome Larry Gottesdiener and Suzanne Abair to the WNBA,” WNBA Commissioner Cathy Engelbert said in statement. “I admire their passion for women’s basketball, but more importantly, have been impressed with their values. I am also thrilled that former WNBA star Renee Montgomery will be joining the ownership group as an investor and executive for the team. Renee is a trailblazer who has made a major impact both in the game and beyond.” 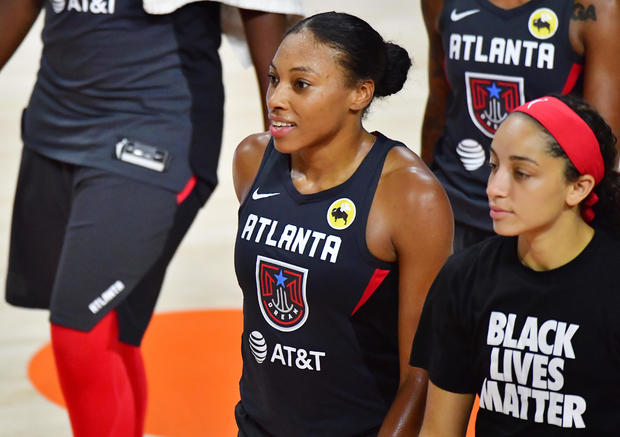 Montgomery, a two-time WNBA champion, will be the first former player to become both an owner and executive of a WNBA team, according to the league. She sat out the 2020 season to focus on social justice issues and recently announced her retirement from the league from 11 seasons.

“My Dream has come true,” Montgomery said in a statement. “Breaking barriers for minorities and women by being the first former WNBA player to have both a stake in ownership and a leadership role with the team is an opportunity that I take very seriously. I invite you to join me as the Dream builds momentum in Atlanta!” 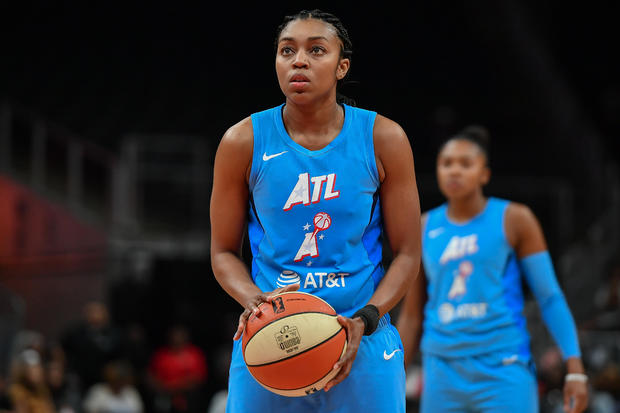 A WNBA spokesperson told CBS News on January 20 that the team was on the verge of being sold. It also marked the same day Loeffler would be finishing out her term as senator.

The WNBA and the Dream made headlines with their league-wide support of Black Lives Matter during the summer with BLM warm-up outfits and jerseys. But Loeffler objected to the practice in June and asked WNBA Commissioner Cathy Engelbert to put an end to it.

In a statement deriding the protest in August, Loeffler called the players’ shirts a sign of “cancel culture.” In response, the Dream and other members of the WNBA endorsed one of her Senate opponents, Democrat Raphael Warnock, going so far as to wear “Vote Warnock” shirts at their games. Loeffler was defeated by Warnock in a January 5 runoff election in which both incumbent Republican senators from Georgia lost to Democratic challengers, shifting the balance of power in the Senate.